Next post
Biden Mad That Aides Keep Cleaning Up After Him 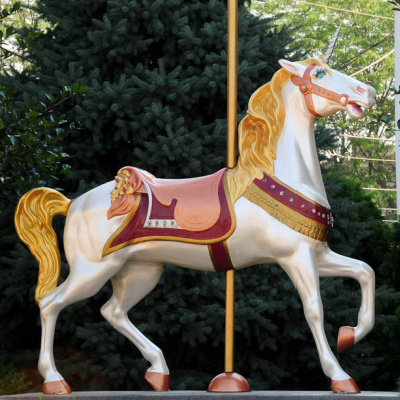 LGBTQ*** (***we are inclusive here) soldiers from Ukraine have usurped the unicorn for a patch on their uniform that indicates their queer status. With all the crazy, awful problems Ukraine has, one might think that queer Ukraine soldiers would focus on lethal skill sets rather than a shoulder patch. One would be wrong. The LGBTQ(whatever) military personnel chose a mythical and mystical beast as their symbol. My hair hurts.

Russian policy is notoriously anti-LGBTQ***. Guidelines in Russia specify tattoos as a potential indicator of low moral character, a possible willingness “to submit to the will of others” and “possible sexual deviations”. In 2014, when Russia invaded the Crimean Peninsula, “people” said there were no gays in the military. In 2017, Chechen leader Ramzan Kadyrov claimed there are no gay men in Chechnya:

In an interview, Chechen leader Ramzan Kadyrov denies reports that gay men are being detained and tortured in the Russian republic — not because such abuses would not be allowed, but because he thinks there are no gay men in Chechnya.

“This is nonsense,” Kadyrov said when asked about the allegations. “We don’t have those kinds of people here. We don’t have any gays. If there are any, take them to Canada.”

“Praise be to god,” the Chechen leader adds. “Take them far from us so we don’t have them at home. To purify our blood, if there are any here, take them.”

The whole region is homophobic. But, come on. The gay coaltion has usurped the rainbow for the flag and now the sweet, cute unicorn. The whole world is in awe of the tenacity and fighting prowess of the Ukrainian soldiers. Can’t queer Ukraine soldiers just be proud of that? Apparently not.

As volunteer fighters Oleksandr Zhuhan and Antonina Romanova pack for a return to active duty, they contemplate the unicorn insignia that gives their uniform a rare distinction – a symbol of their status as an LGBTQ couple who are Ukrainian soldiers.

Members of Ukraine’s LGBTQ community who sign up for the war have taken to sewing the image of the mythical beast into their standard-issue epaulettes just below the national flag.

The practice harks back to the 2014 conflict when Russia invaded then annexed the Crimean Peninsula from Ukraine, “when lots of people said there are no gay people in the army,” actor, director and drama teacher Zhuhan told Reuters as he and Romanova dressed in their apartment for their second three-month combat rotation.

Just advertise how special you are to your enemy. The enemy who wants to kill and torure you.

“So they (the lesbian, gay, bisexual, transgender and queer community) chose the unicorn because it is like a fantastic ‘non-existent’ creature.”

And, its cute too. Who doesn’t love unicorns? So, usurp the cute, mythical unicorn from children and fairy tales and slap it on your shoulder to show you are special. You are different. You are not like your brothers and sisters at arms.

It gets even more confusing:

As volunteer fighters Oleksandr Zhuhan and Antonina Romanova pack for a return to active duty, they contemplate the unicorn insignia that gives their uniform a rare distinction – a symbol of their status as an LGBTQ couple who are Ukrainian soldiers.

Zhuhan and Romanova, who identifies as a non-binary person with she/her pronouns and moved to the capital from Crimea after being displaced in 2014, met through their theatre work.

Holy confusion, Batman. Can we get a DNA test, stat? The video of the couple doesn’t help. They look like two dudes.

Having special unauthorized patches on your uniform is problematic. Your fellow soldiers don’t care how you identify. They just want you to shoot straight, kill the enemy and watch their six.

Glory to Ukraine. Please leave our rainbows and unicorns alone.