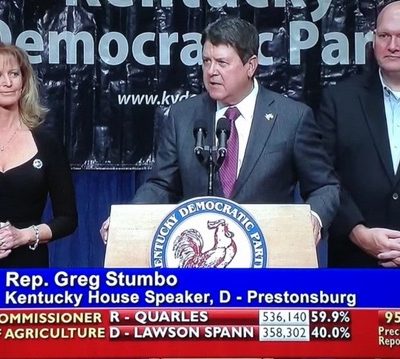 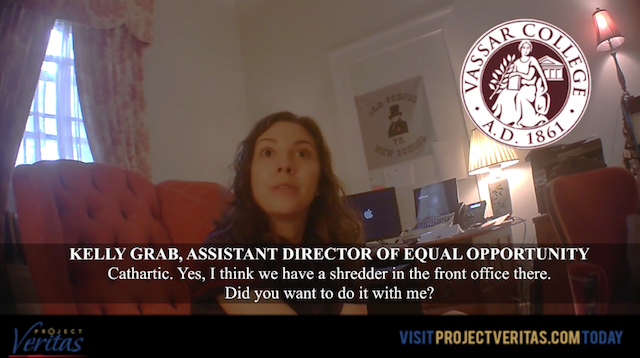 Just how far are college administrators willing to go to accommodate a student who has suffered “trauma” from “offensive material”? Take a look at this:

Project Veritas sent in one of its reporters to pose as a student and go undercover to meet with officials and professors to tell them she had a negative experience after being given a pocket Constitution on school grounds.

Assistant director of Equal Opportunity at Vassar College, Kelly Grab, sympathized with the “triggered student” who suffered panic attacks after being passed a booklet of the Constitution printed by the CATO institute. Grab and the “student” found a shredder and subsequently shredded the booklet.

“And so what I think you’re sharing with me is that your interaction in receiving this was harming, right? And that’s what we certainly want to avoid; we don’t want to limit people in exchanging ideas or having opposing viewpoints, but when it’s disruptive or causing harm…”

Colleen Cohen, Faculty Director of Affirmative Action and a Professor of Anthropology at Vassar, sympathizes with the undercover reporter and offers to put the Constitution booklet through the shredder.

The next stop on “Operation Shred” was Oberlin College where Wendy Kozol, Professor/Chair of Comparative American Studies she agreed after a long pause that “[t]he Constitution in everyday life causes people pain,” adding that she rarely discusses the Constitution in class, and that when she does she tends to focus on specific amendments.

Carol Lasser, Professor of History and Director of Gender, Sexuality, and Feminist Studies at Oberlin, also agreed with the student that the Constitution was an “oppressive” document:

“The Constitution is not a sacred document in that sense. What could be clearer than, I mean at least from my point of view, that the founders never envisioned giving people carte blanche to own assault rifles?”-Carol Lasser

At this point in time, Vassar and Oberlin staff and faculty have not commented on the video or the actions taken to attempt to shred the Constitution.

“Political correctness has clearly run amok on college campuses across the nation. Things have simply gone too far, and if we don’t wake up soon we may be too late. Going as far as to actually shred the U.S. constitution is a slap in the face to the nation, her laws, and the very fabric of our democracy. I believe America is better than that and will keep fighting until we have eradicated this extreme and offensive political correctness.”- Project Veritas President James O’Keefe.

We’ve gone from parents coddling these young men and women to professors giving them a “there, there” and doing the same while imposing their philosophies upon a generation. The irony that the Assistant Director of “Equal Opportunity” is shredding the Constitution is not lost on us. But of course, our Constitution is “oppressive” and apparently gives “students”, professors and administrators “nightmares”. Want a nightmare? Try shredding the Quaran’s Constitution in an Islamic State. Or perhaps, throw the Socialist Constitution of the Democratic People’s Republic of Korea in front of Kim Jong-Un. Go ahead, oh educated ones! Then tell us how that works out for you.