#NeverForget: University of North Carolina’s New “Literature of 9/11” Course Sympathizes With The Terrorists

Next post
#BlueLivesMatter: Did A Radio Show Incite Murder?

#NeverForget: University of North Carolina’s New “Literature of 9/11” Course Sympathizes With The Terrorists 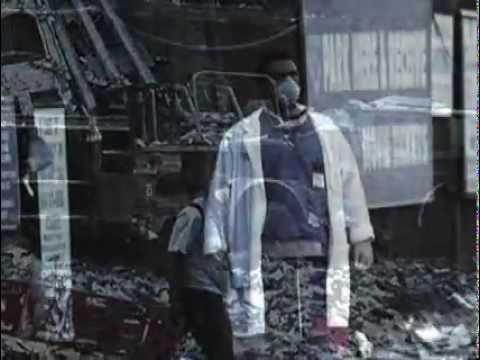 Just when you thought you could not handle any more lunacy within our university system comes a new college course to be added to the curriculum of “Beyonce Feminism” and “Rhianna Womanism”, “How to Watch Television”, “What if Harry Potter Were Real?” and “Zombies in the Popular Media”. We’ve hit the jackpot this year at UNC Chapel Hill.

While the other curriculum offered at colleges across the United States is laughable, this latest addition to the list of outrageous classes will make most (sensible) people’s skin crawl. An English class entitled “The Literature of 9/11” explores the Sept. 11th terrorist attacks from the perspective of radical Islamists and those who view America as an imperialist nation. The course is a collection of poems (gag), memoirs and graphic novels that present the terrorists as the pussycats that they are and paint political leaders as money-grubbing, war mongers.

I can just see some of our college students now (inserting my best college-girl voice here):

The course, entitled “ENGL 72: Literature of 9/11” is taught by Neel Ahuja, an associate professor of English, comparative literature, and geography at University of North Carolina, Chapel Hill. Ahuja, has published essays on “Queering State Secrecy”, “Centering Animals in Latin American History” and “The Debate Over Palestinian Solidarity”, to name a few. From the syllabus:

This first-year seminar will introduce students to critical analysis and writing by exploring representations of the 9/11 attacks and the “war on terrorism” in literature and popular culture. Paying special attention to the public memorialization of and political responses to the al-Qaeda attacks on the World Trade Center and the Pentagon, this course will ask students to reflect on the attacks’ relationships to politics, religion, security, warfare, and national identity. In addition to offering an introduction to the concept of terrorism and to the production of knowledge about political violence in the fields of law, politics, journalism, and terrorism studies in the past decade, the course will explore a diverse array of themes related to the 9/11 attacks as depicted in poetry, novels, graphic novels, film, and music: explanations of the causes and consequences of political violence, the role of religion in public culture and state institutions, the history of United States’ international relations, national security and antiwar discourses, mourning and public trauma, and the perspectives of detainees and minority communities on the attacks and their aftermath. Students will complete two major papers including revisions, engage in short performances and debates, and participate in regular classroom discussion and short writings.

The course readings are as follows:

In the Shadow of No Towers by Speigelman

Art Speigelman is the author of “In The Shadow of No Towers”, a collection of comics that depict “intellectual” political satire. Speigelman, a New Yorker, did not lose any one in the attacks and was inspired to draft up these comics after feeling anger at “how the incident was turned into a “patriotic rallying cry”. You can see some of his work here and judge for yourself (graphic images): 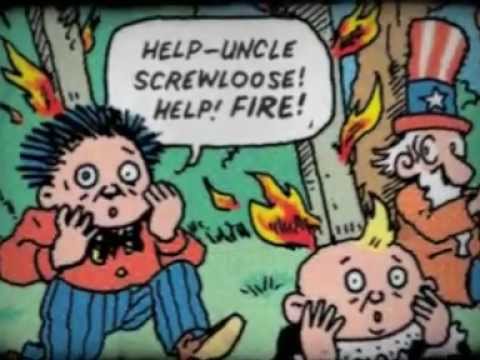 Also on the list of required reading is “Poems From Guantanamo: Detainees Speak.” Great. Now, the young masses ready to be brainwashed-I mean “educated” can read a sweet little Haiku written by Khalid Sheikh Mohammed! (You can facepalm right now, it’s really okay.) Our friends at the New York Times reviewed this collection as a book you don’t read “for pleasure; you read it for evidence. And if you are an American citizen you read it for evidence of the violence your government is doing to total strangers in a distant place, some of whom (perhaps all of whom, since without due process how are we to tell?) are as innocent of crimes against our nation as you are.”

If you’re shaking your head right now not knowing whether to laugh, cry or punch the computer screen, I assure you that you are not alone. I think most of us Americans can remember exactly where we were that fateful day. I was on the radio on a station just south of Washington, D.C. I grew up in Northern New Jersey, staring at the Twin Towers from across the Hudson River. New York is my home. My uncle worked in One World Trade Center years before the attacks. We would go up to see him and eat lunch way up high-one of my favorite memories as a kid. I watched as the second tower crumbled down to the ground while I was on the phone with my father. I could hear his sobbing across the miles. In the days afterward, my cousin, a proud firefighter with FDNY, went and assisted with rescue efforts and cleaning up the massive piles of debris, knowing that some of his coworkers and friends were gone forever. Years later, I married a Marine and had the chance to go to GITMO with our son. I will say that they don’t take extra security measures in a prison full of poetry-writing-sensitive-ponytail guys and to be honest, it gave me great pleasure to see the courtroom in which some of these despicable men were tried and pound that gavel. My Marine has survived numerous deployments (some of my friends were not so fortunate when it came to their spouses’ return date.) My husband is retired and now airline pilot. I still fret for his safety and the safety of others aboard the aircraft and pray EVERY day that something as terrible as 9/11 does not happen ever again.

The only thing that I can see missing that would add to the sheer madness of this class? Guest speakers. Perhaps Ahuja can recruit the likes of Jesse Ventura, Rosie O’Donnell or Janeane Garofalo to dispense their overwhelming intellect on the subject. Since the average college freshman was four years old when 9/11 happened, my guess is that most of them also do not quite understand the magnitude of this atrocity, so why not change the narrative?

Get ready because here it comes, folks (insert millennial voice here): “Poor Mohammed Atta. Like, all he wanted was his 72 virgins.”

Our thoughts and prayers are with those who lost loved ones on that fateful day in 2001 and for those who continue to fight for what is right. 9/11/01. The only “inside job” here is our institutions trying to fundamentally change our our country. #UnitedWeStand. #NeverForget.