Reminiscent of the Russian/ Georgia  standoff that came to a head in 2008, comes another crisis at a time when the Ukraine is trying to stabilize after the overthrow of their previous government. Earlier today, Crimea’s new parliament unanimously voted to split the Ukraine by joining the Russian Federation. Although we aren’t surprised by this move, it does appear that Putin and gang are moving quite swiftly in their quest to control the region. Obama’s threats have gone ignored as well as those from European leaders in their call for a diplomatic solution to the crisis. European Union leaders had just gathered for an emergency summit to try to come up with ways to pressure Russia into backing down and joining mediation. Their actions (or non action) have gone almost completely ignored as Crimea has set a referendum for 10 days of this vote, moving it up to March 16th instead of the original date of March 25th. The US Navy has even sent a guided missile destroyer, the USS Truxton, to the Black Sea. Of course, the US claims that it will be there for long term training exercises and not to be looked at as a show of force.

The Crimea region is mostly comprised of approximately 60% Russian ethnicity. Putin claims that Russia is acting in good faith as they plunge forward in their takeover of the region, citing that their military action is for the protection of the Russian citizens who are under threat from the illegal Ukrainian government. That is apparently how Putin justifies the hostile takeover. He is merely doing it for the Russian people. As if we would believe that he is somehow noble in his actions. Regardless, nothing seems to be standing in their way as they ferociously move forward to grab Crimea. The response by the EU and the US so far have been weak. Obama’s threats have included a freeze on individual Russian official’s assets and a ban on travel into the US. Eeew! I’m scared!  Crimea’s response is that on March 16th, voters will be asked 2 questions: should Crimea be part of the Russian Federation and should Crimea return to an earlier constitution (1992) that gave the region more autonomy? In other words, should Crimea secede? That is the goal.

The new Ukrainian government is still hanging tough stating that they will not be intimidated by the illegal actions of the new Crimea parliament. They are hoping that enough pressure from their allies will force Russia’s hands to let them move forward in their attempt to rebuild their shattered situation. Russia stocks fell and the ruble weakened further after news of this story broke. But it is not known if this will have any effect on Russia’s push to gain control of Crimea. Something tells me that this will not end well. At the rate that Russia is moving and the hesitant actions taken by other world leaders, including our very own Obama, it may be a case of too little, too late.

I shudder to think about another war, especially at a time when our country is under threat of not only a weakened military, but of a weakened economy as well. I often hear that this is not our battle to fight. From an economic view, I agree. But from a freedom view, I do not.  My heart goes out to those willing to stand up to an oppressive government and take back control of their government. I feel for those willing to stand up and fight for their country and fight for their freedoms. It is an inspiration to me especially when I see what is going on right here at home. My hope is that enough pressure can be put on Russia that they will withdraw. That would take strong measures from strong leaders. Unfortunately, we don’t have a President Bush or a President Reagan to do that. We are left with Obama and his hope to get us through this one. How scary is that? 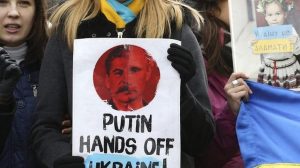 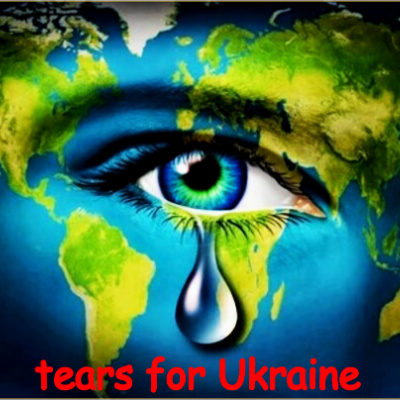