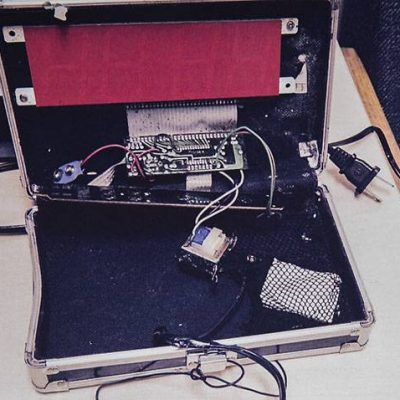 Trump Doesn’t Correct Man Who Claims Obama is Muslim, Hillary Had Doubts Too

Trump Doesn’t Correct Man Who Claims Obama is Muslim, Hillary Had Doubts Too 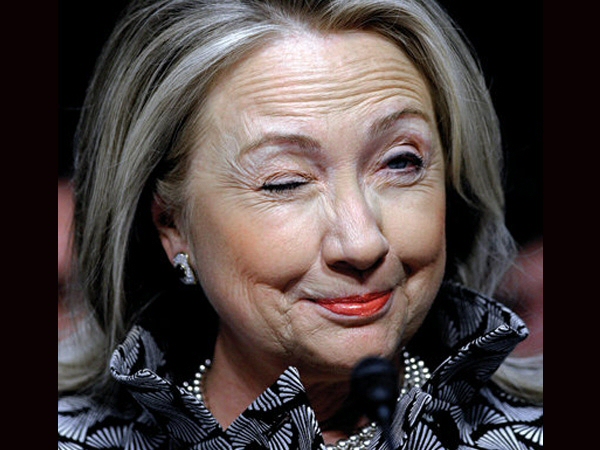 The newest campaign snit which the media is promulgating occurred at a Donald Trump rally in New Hampshire on Thursday night, when an audience member who believes that President Obama is a Muslim asked Trump what he would do to get rid of “Muslim training camps.” Here’s the exchange:

Man: We have a problem in this country, it’s called Muslims. We know our current president is one. You know, he’s not even an American. Birth certificate, man.
Trump: Right. We need this question? This first question.
Man: But any way. We have training camps… where they want to kill us.
Trump: Uh huh.
Man: That’s my question: When can we get rid of them?
Trump: We’re going to be looking at a lot of different things. You know, a lot of people are saying that, and a lot of people are saying that bad things are happening out there. We’re going to look at that and plenty of other things.

Personally, I think this exchange says more about the man in the audience than Trump himself, who seemed a bit disconcerted to have his first audience question from someone who seems to peddle in conspiracies. Even Trump opponent Senator Rand Paul, whose father Ron Paul tended to attract conspiracy adherents, said after a town hall in Las Vegas that he’d “never heard of anything like camps” for terrorists in America.

But what did the media decide to latch onto?

They were aghast that Donald Trump did not correct the audience member when he claimed that President Obama is a Muslim.

Then on cue, like a shark smelling fresh blood in the water, Hillary Clinton entered the kerfuffle. 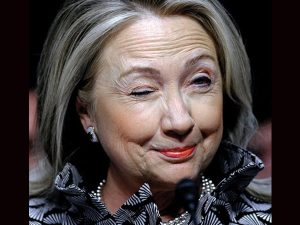 “I was appalled,” Clinton said, after her own appearance in New Hampshire. “I would call on him … to stop this descent into the kind of hateful mean-spirited rhetoric we have seen.”

Oh, wait. Clinton herself got into some hot water in 2008 for her own comments about Obama’s religion. In a 60 Minutes interview, Clinton was asked by Steve Kroft if she believed he was a Muslim.
Here’s that exchange:

Kroft: You don’t believe Senator Obama’s a Muslim?
Clinton: Of course not. I mean, that’s, you know, there is no basis for that. You know, I take him on the basis of what he says. And, you know, there isn’t any reason to doubt that.
Kroft: You said you’d take Senator Obama at his word that he’s not a Muslim. You don’t believe that he’s a Muslim?
Clinton: No. No, there is nothing to base that on. As far as I know. (Italics mine)

That wavering on Hillary Clinton’s part did not go unnoticed. Ben Smith, then at Politico, said that her denial seemed “something other than ironclad.” Bob Herbert at the New York Times called it “one of the sleaziest moments on the campaign to date.” And Time Magazine’s Joe Klein wrote that Clinton had “disgraced herself.”

I wonder if the media will dig up that little bit of dirt. I doubt it.

Personally, while I’m definitely not a Trump supporter, I don’t think he should be excoriated for not rebuking the man’s assertions. And while I don’t think Obama is a practicing Muslim, I believe he did practice Islam as a child, which has led him to be sympathetic to Islamic nations and hostile to Israel. As far as his professed “Christianity,” I think that his claimed embrace of that faith was done out of sheer political expediency. I bet if you were to question him about basic tenets of Christianity he would be demonstrating the same stammering he shows when his teleprompter is removed.

And Hillary Clinton’s self-righteous indignation at the Trump rally? I wonder how much breakage she has accumulated in that glass house of hers.