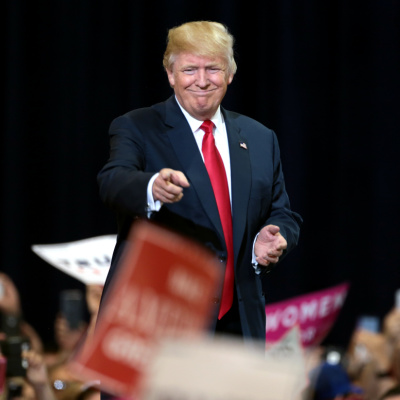 While the entire Democrat Media Industrial Complex is rubbing their little claws and drooling from their fangs over the FBI raid at Trump’s Mar-a-Lago, some Republican lawmakers met with Donald Trump at his Bedminster golf facility. The Republicans are showing solidarity and hoping to convince the former President to announce his candidacy before the mid-terms for Trump 2024. We should be all in for Trump, but there is a lot of time and we need to keep calm and keep our powder dry.

The raid on Mar-a-Lago had the smell of a banana-republic on it, and the more we learn, the worse the stench from the raid gets. The FBI rifled through everything, including First Lady Melania Trump’s belongings, ick. That gave me a huzz. The more we learn about the craptacular judge who signed the warrant the stench only grow.

As bad as the gleeful Democrat Industrial Complex are the Lincoln Project and Never-Trump rats like Bill Kristol.

What docs could the FBI have found? Translator's notes from Putin meeting? MBS-related financial docs? Quid-pro-quo offers from foreign dictators? Reports from DHS or other officials on domestic illegal activities done at Trump's request?

Kristol still believes the Steele Dossier was real. He can’t see what is being done to his country by the Dems and their lackeys. Tale the L, Kristol.

Up until the raid, Trump had been winning straw polls and doing the Flamenco around a Trump 2024 announcement. The conventional thinking was Trump should wait until after the mid-terms to announce. The Trump dining lawmakers and some voters wanted the announcement now to capitalize on the FBI raid momentum.

Should Trump announce now or wait until after the midterms?


.
Hold on there, pilgrims. My late Marine father build and competed with muzzle-loading rifles. I grew up hanging around the National Muzzle-Loading Rifle Association campground in Friendship, Indiana. I love the smell of black powder. With that said, let us keep our powder dry and don’t overload our weapons.

We have a ton of time before the next presidential election. Things are only going to get worse under the Biden Junta. Biden’s not going to get any smarter or less dementia-addled. He’s a small-minded bully held captive by the Marxists in his party. The Inflation Act just passed is going to make inflation really bad. Trump looks better and better the longer Biden reigns. People know, we don’t need to tell them. They know. Let the seething anger simmer until it’s too late for Dems to try to pull back. That’s keeping our powder dry.

Winning straw polls and refining his message in front of the party faithfuls is fine for the coming months. Trump is our big gun. Let us not overload our weapon.

Maybe wait until next February or March when people are starting to really feel the pain of Marxism. And, then let’er rip. Stephen Kruiser wrote in PJ Media:

All of this is being driven by the Democrats’ obsession with using the J6 fauxsurrection to keep Trump off of the ballot in 2024. They know that they could resurrect FDR and Trump is still going to waltz back into the White House. He’s the monster under all of their beds. As I’ve written before, he’s not only living rent-free in their heads, he’s building condos and inviting his friends.

Had they not been working out daddy issues since Jan. 20, 2021, there is a chance that Trump might have opted to enjoy more golf and play Republican kingmaker. Let us not forget that he enjoys sticking it to establishment “Harumph!” Republicans as much as he does to Democrats.

All that these idiot Democrats have done with their extended fascist tantrum is guarantee that Trump wants to come back and give them a righteous butt-whupping. Every single thing that they do to weaken him makes him stronger, constantly renewing his energy to build more of those condos.

It’s cloudy now but that’s one heck of a silver lining.

The rallies in 2016 and 2020 were epic. The 2024 rallies will be galactic. Let the toffs in our party be offended by Trump. He punches down, and blurts out things. He’s convinced he won in 2020. So am I. I won’t forget or forgive and that’s what is needed. He may not be the President you want; he is the President WE NEED. Keep your powder dry. Trump 2024.