Next post
Washington Senate Race Is Getting More Eyes 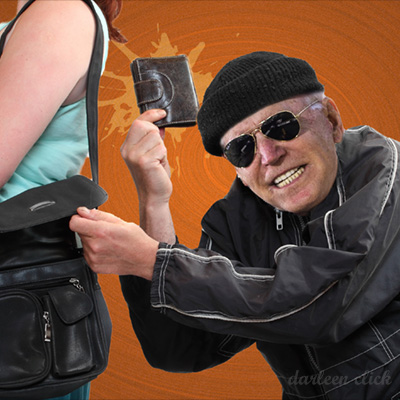 Politico publishes a hit-piece on Gov. DeSantis where the lead sneer is DeSantis’ criticism of Biden while “taking” from The President’s Wallet.

Was there ever a short phrase that so baldly reveals how the Democrats view your property and earnings?

DeSantis has been a critic of Biden on nearly every policy front. But he sure does like the president's wallet.

Over the past two years, DeSantis’ admin received billions in federal relief cash, which the governor has used to fund his top priorities.https://t.co/pmzBGQpz2e

Not only are the Federal “purse strings” controlled by Congress, that purse is filled with taxpayer money. Money sent to D.C. from every citizen and legal resident of this country, including Floridians. And contrary to Democrat beliefs, that money wasn’t earned by FJBiden and certainly isn’t in any wallet. I mean, we know The Big Guy is a corrupt grifter whose wealth consists of 10% off-the-top of whatever crack-addled Hunter could pull in. But Federal disaster relief money comes from taxpayers and, allegedly, is what FEMA’s annual $18 Billion budget is for.

It ain’t the President’s wallet. And the idea of a governor having to show personal fealty to a President in order to receive taxpayer money the state already qualifies for is repugnant and unAmerican.

Attention liberal journalists: The idea that federal funds are "the president's wallet" — and by extension, that only states with governors who are sufficiently loyal political allies of the president should receive disaster assistance — is third-world banana republic insanity.

And it’s not like Democrats don’t like to play political and ideological games with Other People’s money.

We have to address this in a way that is about giving resources based on equity, understanding that we fight for equality, but we also need to fight for equity.

If we want people to be in an equal place sometimes, we need to take into account those disparities and do that work.”-Kamala Harris

Yeppers, emergency Fed dollars to be given out according to race.

This is who they are, this is what they do.

You work for Biden’s wallet. All your property (and children!) belongs to him. Shut up, prole, and be happy.

One final note: To you Lefty lurkers who are eager to push the BlueStateMakers vs RedStateTakers mendacity? Nope, don’t try it. It is as valid as the mythical wage gap. Of course, you have to be able to do math without taking off your shoes to count over 10, so there’s that.