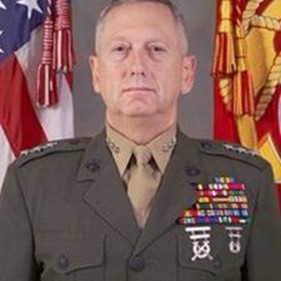 Previous post
Mattis and the Democrats: what is the core mission of the Pentagon?

The End of Obamacare and Payback Time for the GOP [VIDEO] 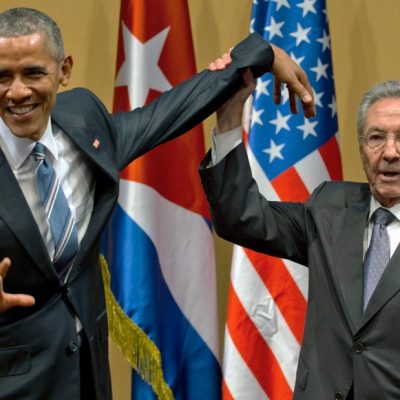 The End of Obamacare and Payback Time for the GOP [VIDEO] 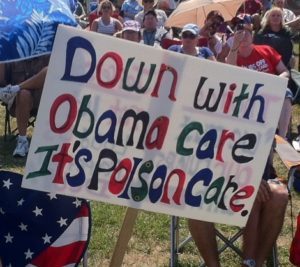 Is there finally an end in sight? A light at the end of the tunnel? Could it be that the horror show known as Obamacare will soon be toast? 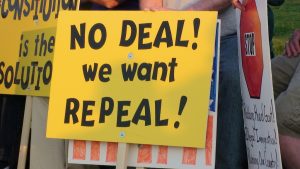 In the wee hours of January 12 the Senate passed the budget resolution needed to begin chipping away at the poorly named “Affordable” Care Act. Now congressional committees can get to work writing repeal bills.

The really sweet thing about this resolution? “Reconciliation” is triggered, meaning that the GOP can avoid the filibuster and pass repeal of Obamacare with the same method the Democrats used to pass the bill. Payback, as they as say, is a . . . well, you know.

Of course the Democrats weren’t about to go down without a fight. Or, in their case, a tantrum. So they decided to debate during the Senate vote. Like that would really make a difference.

There were FIFTY HOURS of debate on this resolution. These Senate Democrats are petulant children.

But, but, but! cry liberals and their cronies in the media. Think about the 20 million people who are finally able to afford insurance through the ACA! The sacred 20 million!

Yeah, about that number. The devil, as is said, is in the details, and those details have been marinated in the Democratic stewpot in order to render a dish to their liking.

Here’s a fresh new video to explain why that “20 million now insured thanks to Obamacare” is bogus.

Meanwhile, the horror stories of people who have been slammed due to this miserable act are piling up. 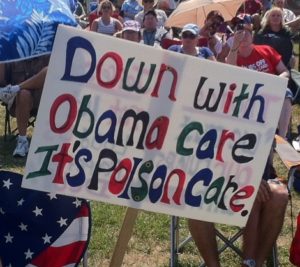 And then there’s me.

I’m a speech pathologist who subcontracts part-time with a rehab agency. I live in Kansas, which at one time had several insurance carriers from which to choose. Now we’re limited to two major carriers and a smaller carrier which has limited its number of enrollees. The choices for me entering 2017 are horrible.

Consider this: in 2013 I carried a policy with a Health Savings Account and a $5000 deductible. It cost me a very affordable $188 per month, even though I have two age-related pre-existing conditions.  Despite the high deductible, I found that the insurance actually covered my physical exam, flu shots, and a mammogram, much to my surprise. I also enjoyed the independence guaranteed me through the HSA.

Forward to 2017, and the nice little policy is a mere memory. The premium first doubled, then jumped another 25% the following year, and then the carrier left the state. A new policy obtained in 2016 paid for very little. A similar policy to my 2013 plan now costs nearly $800 per month, with annual out-of-pocket totals jumping to $6550 per year. And if this new policy is anything like last year’s shoddy insurance it will pay for nothing. My flu shot, shingles vaccine, pneumonia vaccine — those “preventative” services promised by Obamacare? Nothing. Nada. Zilch. It all came from my pocket.

From its inception, Obamacare has been a pack of lies, starting with “if you like your plan, you can keep your plan,” and continuing with lie after lie. My friend, Beverly Gossage, who owns a health insurance consulting firm, gives a laundry list of the deceptions told to Americans about why we ‘needed’ Obamacare. She also addresses the lies about health savings accounts being spread by Obamacare supporters. These falsehoods will infuriate you.

But when this blight finally goes the way of the dodo, I’ll be doing my Happy Dance, along with millions of other Americans.