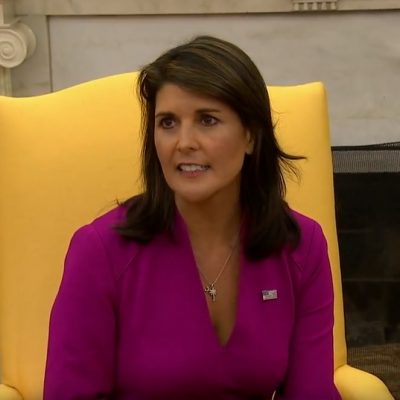 Teen Vogue Chokes on Woke: SCOTUS Clerks Were Hired For Their Looks 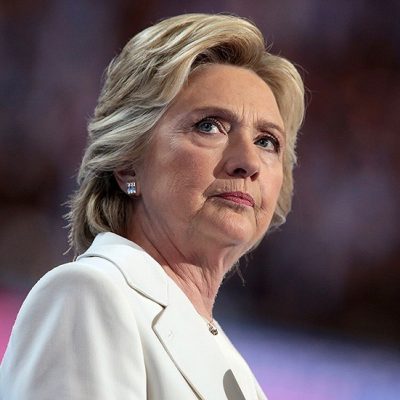 Next post
Dear Hillary: Your Claim That Democrats Are Civil Is Crap And You Know It

Teen Vogue Chokes on Woke: SCOTUS Clerks Were Hired For Their Looks 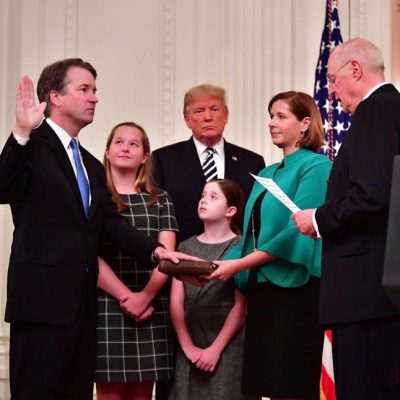 Teen Vogue is now claiming that “it’s no accident” that the four women Justice Brett Kavanaugh hired to be his clerks have “model good looks”.

The article goes on to detail the accolades of these four women who are serving as clerks but then adds this to the mix:

“Kavanaugh didn’t mention, however, that two Yale law professors allegedly used to advise students about their physical appearance if they were interested in working for him. While there is no allegation that Kavanaugh chose his clerks exclusively because of their appearance, or that any of them were anything but incredibly qualified, these Yale professors allegedly implied to their students that their appearance definitely mattered to the judge.”-Teen Vogue

This claim comes to us courtesy of a report in The Guardian, where Yale professor, Amy Chua, allegedly suggested women candidates for this position should “exude model-like femininity”.

Let’s take a look at these women:

Shannon Grammel
A graduate of Harvard University and Stanford University, former president of the Stanford Law Review, law clerk for other judges appointed by Republican presidents.

Megan Lacy
A graduate of the University of Virginia Law School and Hillsdale College, Lacy was on the White House team tasked with handling Kavanaugh’s nomination. Former counsel to Senate Judiciary Chairman Chuck Grassley, R-Iowa, and spoke at a Network of Enlightened Women event for conservative women in 2016.

Sara Nommensen
Nommensen is a former student of Kavanaugh’s, having taken his class at Harvard Law School. Aside from her clerkships, she most recently worked in the Justice Department’s office of legal counsel. At Harvard, she was vice president of social activities for the school’s Federalist Society chapter. She also signed onto a letter of former students in support of Kavanaugh.

All of this and model-good-looks, too! After all, Justice Kavanaugh (I am sure some feminists are triggered by my saying that so I will continue to say it) had a sooooo many women to choose from:

Brett Kavanaugh is damned if he does, damned if he doesn’t in a situation such as this. He hires women? Of course, he hires them only for their looks. If he hired men, he would be perpetuating the patriarchy. Seriously, the guy can’t win. Anybody with an ounce of common sense in their brain whilst reading this tripe would recognize the hypocrisy that is once again spilling out the doors of Condé Nast and its publication, Teen Vogue. In one breath, Teen Vogue encourages women to “Rise Up” and in another, knocks ’em right back down with cattiness. If these women were hired to be clerks for a Supreme Court Justice who is a Democrat, don’t ‘cha think the story would flow a bit differently?

When did Teen Vogue become a liberal indoctrination enterprise targeted at 8-16 year olds?

Hmm. I’ve suspected they’ve always leaned left, but they certainly have kicked it into high gear over the past two years, haven’t they? Whilst Teen Vogue promotes the Victoria’s Secret fashion show (because all teenage girls should be sporting lingerie) and features pictures of a braless model by the name of Emily Ratajkowski at the Kavanaugh protests (who freakin’ cares?), they gave credit to these women clerks on Kavanaugh’s team. After all, Kim Jackson is African-American. But, they had to throw in the classic mean-girl jab by discounting their collective work experience and college pedigrees to say that they are too sexy for their jobs? To insinuate that these women were not hired for their intellectual prowess and drive and to simply be “eye candy” for Kavanaugh is not an insult to him; it is an insult to these women.

You know what? If you’re serving as a clerk for the Supreme Court, of course you should have a certain appearance and demeanor about you. Yes, you do need to look the part. As if Teen Vogue editors would behave any more virtuously when making hiring decisions for their staff members. I don’t exactly see them rushing out to hire Trigglypuff in the near future.