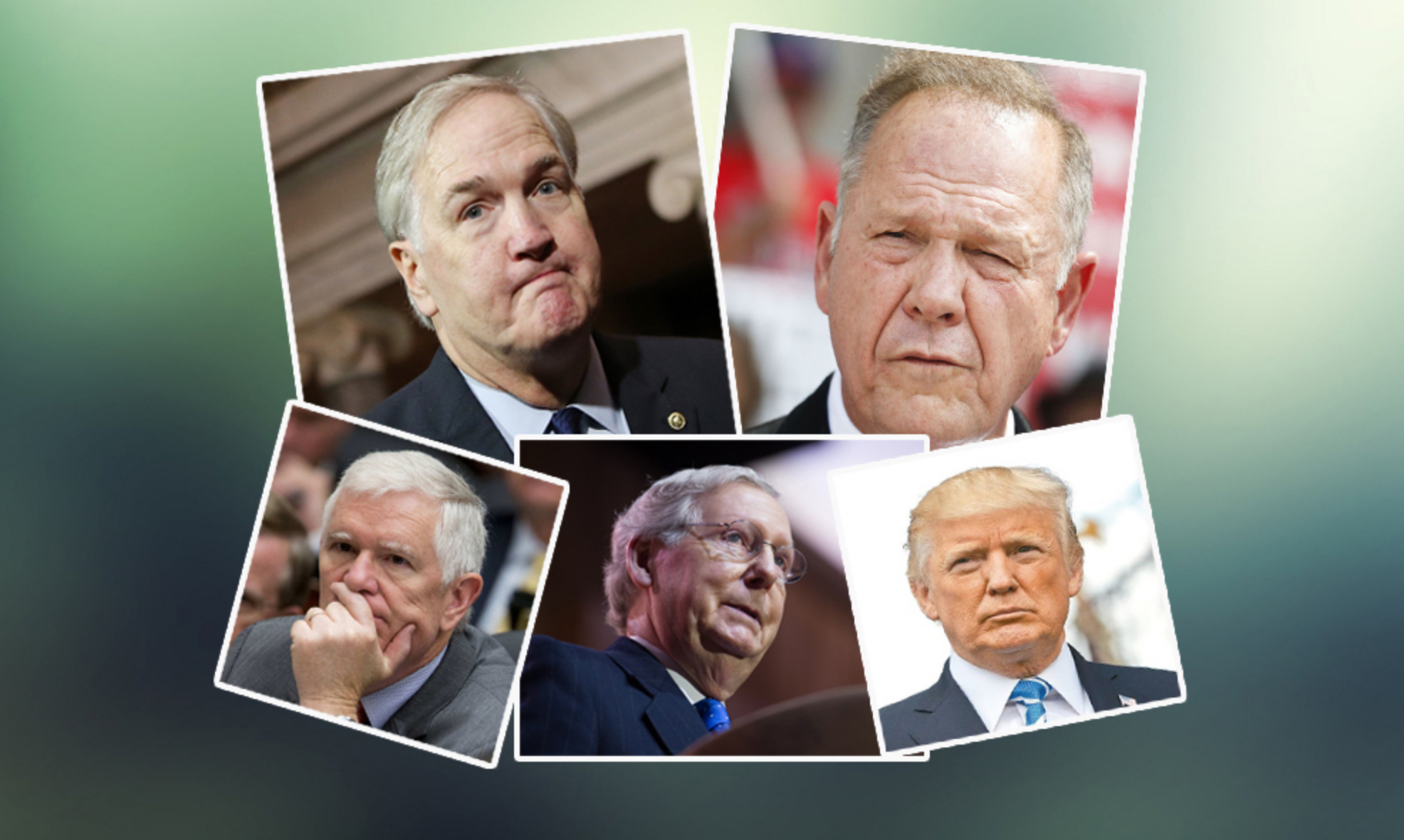 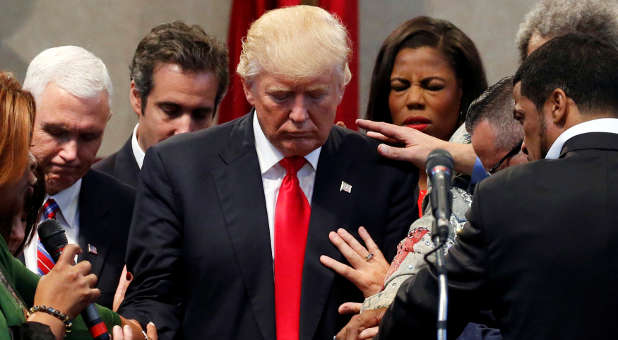 Next post
Obama's Spiritual Advisor: "Christians Cowering to A Wave of Hate" 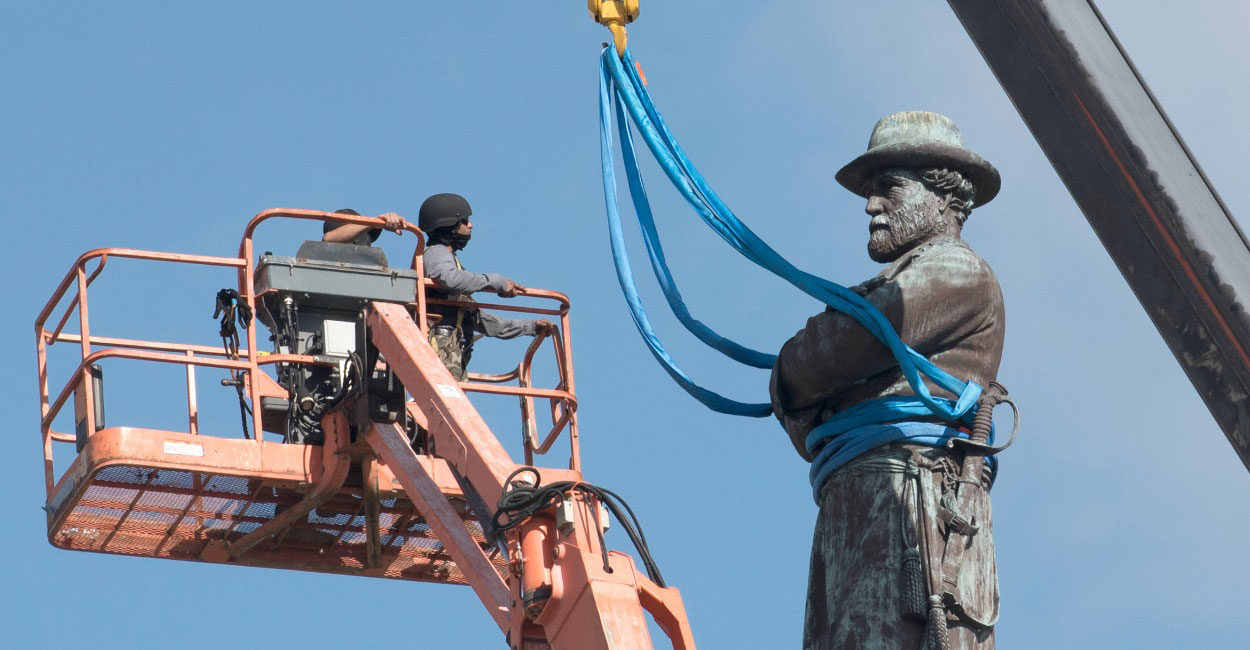 On Monday night, our Nina told us how a manic mob tore down a Confederate memorial in Durham, N.C. And the frenzy won’t end soon, either. Across the nation, in states such as Florida, Kentucky, Missouri, Tennessee, and yes, even the proud state of Texas, these monuments are coming down. 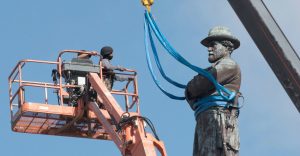 National Review’s Rich Lowry thinks it’s a good thing. He says it’s time to “mothball” the monuments and place them in museums and cemeteries. Moreover, he cites none other than the mythic southern general Robert E. Lee:

Lee himself opposed building Confederate monuments in the immediate aftermath of the war. “I think it wiser,” he said, “not to keep open the sores of war, but to follow the examples of those nations who endeavoured to obliterate the marks of civil strife and to commit to oblivion the feelings it engendered.” After Charlottesville, it’s time to revisit his advice.

I respect Lowry’s voice. He’s a traditional conservative, and his reasoning is thoughtful. Besides, his words are considerate, and not a knee-jerk response that appeals to tribalism.

However, I ask this: just how far would this go?

For example, take Robert E. Lee himself. Lowry gives us the traditional view of Lee as the Man of Honor.  “An honorable soldier, Lee is an apt symbol for the Confederate rank and file whose sacrifices in the war’s charnel house shouldn’t be flushed down the memory hole,” writes Lowry.

However, a writer for The Atlantic calls the “kindly” General Lee legend something “based in the fiction of a person who never existed.” And Lee, of course, is long dead, so he’s not available for interviews.

So who gets to decide? The traditionalists or the revisionists?

But such discussion doesn’t appeal to the Tear ‘Em All Down crowd. If it’s a Civil War monument, and standing south of the Mason-Dixon line, it’s got to go.

Even if it’s Joan of Arc. In New Orleans in May of this year, some ignoramus spray painted a statue of the Maid of Orleans with the words, “Tear It Down!” Yes, that happened. Never mind that Joan was a 15th century French warrior and martyr, and is now a beloved Catholic saint. To some ninny she was a symbol of the Old South, or something.

But while Rich Lowry calls for careful discrimination in selection of which monuments to remove, do you think the power-mad Left will be as thoughtful? What’s next?

Will Gettysburg National Military Park be on the list? As of this writing, the park says there have been no complaints or demands. But I’m sure it won’t be long.

If the Left got their way, what would happen to the famous High Water Mark at Gettysburg? It commemorates the culmination of the battle, the place where Gen. George Pickett’s Confederate troops attempted to break through Union lines. They failed, and that event marks the beginning of the Confederate decline.

That’s history. That’s important to know. But will the Left demand that its monument come down? And the ‘copse of trees’ which the Confederate soldiers sighted on their march across the field — do they want to dig those up, too?

But of course it wouldn’t stop with Civil War monuments, either. Will they also want to close Monticello, the home of Thomas Jefferson? After all, he owned slaves, and they worked there. 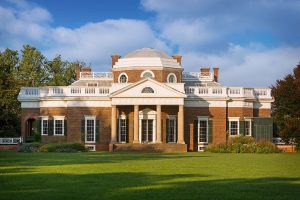 How about Boone Hall Plantation in Charleston, South Carolina? It’s a lovely place, and a popular tourist site.

And Boone Hall Plantation doesn’t downplay the slavery issue, either. Rather, it maintains the slave cabins, and tells the story of the African-American Gullah culture of South Carolina’s Low Country.

But will the Left want it closed? Because it’s history they don’t like?

Overall, I kind of agree with Rich Lowry. But then again, I’m a Northern girl, having been raised near Chicago. So I don’t understand the Southern impetus to maintain all those monuments. It’s a cultural thing, I guess. Yet I also know that if you give radicals an inch, they’ll take that proverbial mile, and then some.

But if the Left wants a dialogue about the removal of monuments, maybe they can start with this statue of Lenin standing in Seattle.

How about if we get to tear this down? Then maybe we can talk.