Next post
Kamala Harris Takes Her Turn As Biden's Janitor 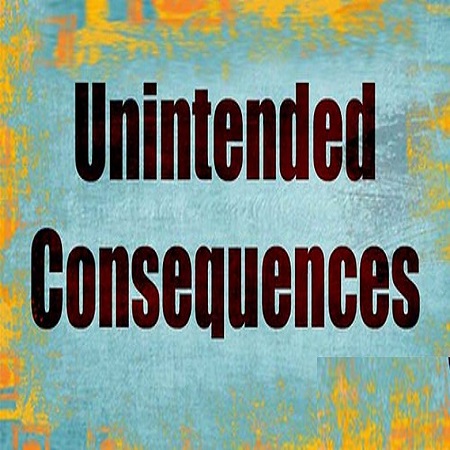 The Supreme Court has rejected Donald Trump’s request to shield his records from the Jan. 6 committee reported Politico.  This may not be the final word on the matter of a former President’s claim of Executive Privilege, but it sure opens the barn door to future legal claims of precedence.  I am afraid for our Republic with this ruling.  I know there are many who feel like the inquisition into the events of January 6th warrant this breach of norms.  However, I think in the current political divide, we will come to regret this ruling.    I’m not much of a Pearl Jam enthusiast, but Stone Gossard, the guitarist for the band sums up my thoughts quite neatly: “Politics is tricky; it cuts both ways. Every time you make a choice, it has unintended consequences”

The last few months have not been the only time I find myself in total agreement with Sen. Joe Manchin.  Back in 2017, as the Senate GOP triggered the “nuclear option” to break the Democratic filibuster to confirm Neil Gorsuch, I was appalled.  As much as I wanted to have Gorsuch on the bench, I recognized that going down this road was a slippery slope.  Joe Manchin spoke for me when he said:

“[It’s a] very sad day,” saying the Supreme Court won’t have “have a check and balance” system in which the minority has input on future justices. He argued that senators will “rue the day that this happened.”

“They all know what goes around comes around,” Manchin told reporters. “I was just extremely sad.”

Charles Krauthammer warned us back in 2013, when Harry Reid first used the “nuclear option” changing the Senate rules to a simple majority vote on all presidential nominees, that his actions would have unintended consequences.  Listening to this video from November 2013, it could be replayed verbatim today:

I bring all this history up as the Democrats wailed and gnashed their teeth for every judicial appointment Trump made while in office and that Sen. Mitch McConnell waived through.  With the very terms set forth by Democrat Harry Reid.  The irony abounds.

Yet here we are, almost a decade later, and the Democrats have not learned a single lesson.  If dictionaries were picture books, “insanity” would have a freaking donkey next to it.  In their attempt to bar Trump from ever seeking political office again, the Jan. 6 committee have subpoenaed everyone and everything they think might give them a smoking gun.

I hate to give away the ending here, but what exactly do you think is going to happen to Joe Biden (if he’s still alive) in 2024?  Do the Democrats really think that a House controlled by Republicans will just let this witch hunt pass without retribution?  Do they not see that everything surrounding the Afghanistan withdrawal, Hunter Biden (for soooo many things) and his involvement with a Ukranian investigator’s firing will not sifted thru with a fine-tooth comb?  Hell, they just might want to dig through the memos to see who was really running the White House from 2020-2024.  We sure as hell don’t think it’s ol’ Joe.

Additionally, the more time Congress spends on this ridiculous impeachment-by-proxy, the better the Republican “brand” seems to get. Look at the data from Morning Consult.  Not exactly a “right wing” polling outfit!

Look at the swing in just the Democrat voters from Aug. 2020 to Dec. 2021!  Wonder how Republicans have gained a five-point advantage in voter registration over the last year?  Look no further.  The last time we saw that kind of advantage was in 1995!  No one really cares about January 6th when they are wondering what fresh new hell is going to come their way if we have more supply chain disruptions and ever spiraling inflation.  Who knew making disasterous political decision could have such unintended consequences?

But again, while it’s nice to fantasize about a Republican House and Republican President shuffling thru Biden’s underwear drawer for naughty things, that action will take us one step closer to a national divorce.  An even greater threat was spelled out by Justice Kavanaugh, even as he rejected Trump’s request for a stay:

“Executive privilege for Presidential communications. As this Court stated in United States v. Nixon, 418 U. S. 683, 708 (1974), the executive privilege for Presidential communications is rooted in Article II of the Constitution and is “fundamental to the operation of Government.” The Nixon Court explained that the “importance” of “confidentiality” to the Presidency was “too plain to require” further discussion. Id., at 705. “Human experience teaches that those who expect public dissemination of their remarks may well temper candor with a concern for appearances and for their own interests to the detriment of the decision-making process.” Ibid. Yet a President “and those who assist him must be free to explore alternatives in the process of shaping policies and making decisions and to do so in a way many would be unwilling to express except privately.” Id., at 708. By protecting the confidentiality of those internal communications, the Presidential communications privilege facilitates candid advice and deliberations, and it leads to more informed and better Presidential decision making.” (Emphasis mine)

Look, politics is a winner-takes-all game.  Right now, the Democrats have the narrowest of majorities and they are using their power as if they were given a tsunami-like mandate.  George Conway thinks he’s owning Trump with his latest Twitter rant, but he just underscores the reality SCOTUS has put forth:

And there's an incredible irony in the subtext here. Trump's theme here was to point to the specter of a future president vindictively releasing privileged materials of a former president and thereby doing great harm to the nation and to the presidency.

When our current President waived the Executive Privilege for Donald Trump, he set forth a wave of unintended consequences that might very well bite him, and our country, in the butt.  Time will tell, but if history is any guide, future Presidents will be more concerned with covering their ass than making deliberative decisions.  What could possibly go wrong?