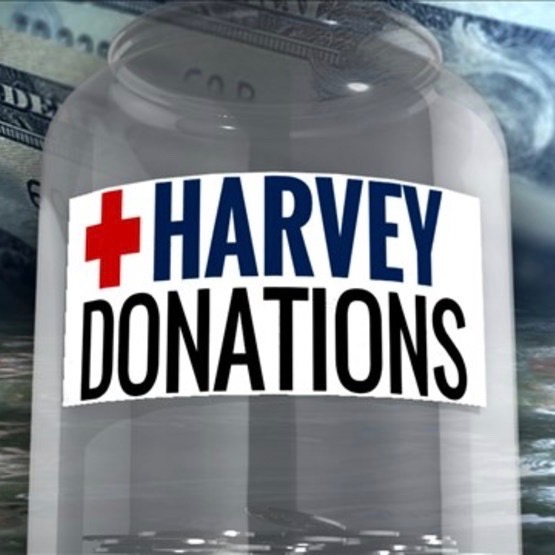 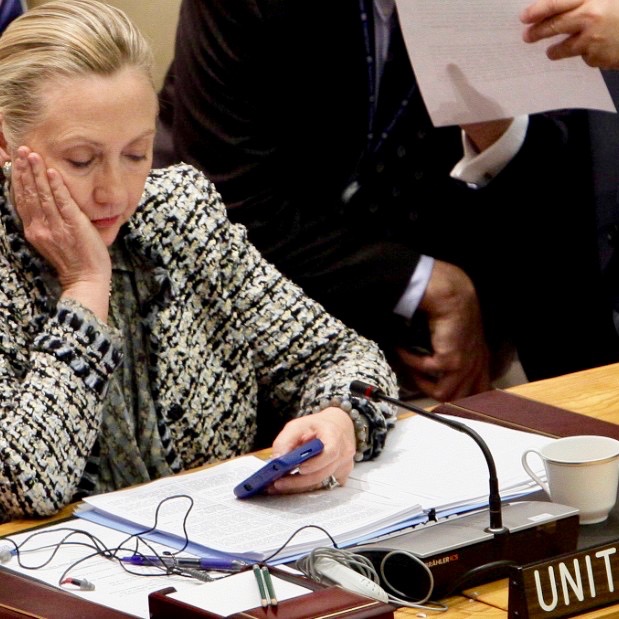 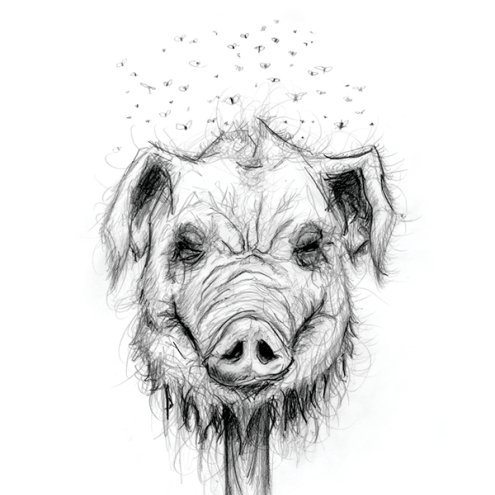 While my brilliant colleagues cover the trials and tribulations of Hurricane Harvey, I thought I’d delve into something completely different: Hollyweird.

We’ve seen rumors about feminizing 007, because obviously James Bond with a vagina is just so much more appealing! STOMP OUT THE PENIS!

There are supposedly plans to remake “Splash” with Channing Tatum as the mermaid… uh… merdude.

And Rebel Wilson is reportedly going to star in the remake of “Dirty Rotten Scoundrels.” It’s not just enough to empower women. It’s too hard to create interesting vehicles for strong female characters. Let’s just delete the dick, shall we?

Hollywood just doesn’t learn. On the tail end of such disastrous flops as last year’s gender-bending “Ghostbusters” and other imbecilic attempts to advance gurrrrrrrl power at any cost and at the expense of interesting characters and engaging storytelling (I despised Mad Max Fury Road – I thought it was boring, loud, and filled with bad writing, lengthy, irritatingly gratuitous action sequences, and thinly veiled social justice rhetoric hiding behind a transparent veneer of “feminism”), they’ve announced the evisceration of another one of my childhood loves.

“Lord of the Flies.”

I know… I’ve got to be one of about 10 people in the world who loved the book when they were forced to read it in high school English! Later in life, my kid and I always read out loud to one another to help him with his school assignments. He hated Golding’s classic and rolled his eyes, as I teared up and sniffled like a mental patient who had just run out of Lithium when Piggy died.

And now, Hollyweird has announced it will remake the 1963 film adaptation of Golding’s 1954 novel. With all women.

The social justice zealots are pouring on the hate for this project, because it would be written about “women” by…

Are you sitting down?

Deadline reports that the male US film-making team of Scott McGehee and Evan Siegel has signed a team with Warner Bros to create the remake.

Mr McGehee said they were “taking the opportunity to tell it in a way it hasn’t been told before, with girls rather than boys, [which] shifts things in a way that might help people see the story anew.”

If you’re having a hard time remembering the story, it takes place on a deserted island where a shipwrecked bunch of boys try to create some semblance of order while they wait to be rescued. Eventually, the small society they have attempted to build descends into primitive behavior, savagery, and murder.

But see, the screeching “feminist” harpies of the social justice set, aren’t protesting the bastardization of a classic. No, they’re upset because penis – TWO OF THEM, in fact – will be in charge of the effort! *GASP!* Further, they’re irate, because they have this idealized view of women and girls, and therefore, the plot of that book wouldn’t happen with women. You see, the book was about “toxic masculinity” mewls some actor kid from Dallas named Froy Guttierez, and some wannabe actress named Rachel Leishman claimed on Twitter that “women would just branch off into their own respective groups peacefully.”

Does this idiot own a vagina?

You plop a bunch of prepubescent girls on an island, and you think you’re going to get peace, joy, and harmony?

Has she seen a sale on Black Friday?

Has she seen videos of teenage girls getting into fights, encircled by their contemporaries, egged on, and viciously beating one another?

Has she seen a single episode of Jerry Springer featuring trailer trash that’s pregnant with its sister’s boyfriend’s kid, and the aftermath of the revelation?

Put down the crack pipe, lady!

Females are ruthless, vicious, and cunning. Prepubescent females are petty, insecure, and vindictive. They may be less physically aggressive than boys, but they’re sure good at social exclusion and rejection, which can mean serious problems when one is stuck on a deserted island and needs to work together with her shipmates to survive.

And stranding a bunch of females on a deserted island is sure to result in a lower collective intelligence, which will likely devolve into feral combat, especially given how females have evolved over the decades to be more physically fit, stronger, and more toned. Developmental and behavioral pediatrician Tim Jordan explains there’s more competition now than ever.

Look at what type of woman’s body is idealized today vs. previous generations. In the 1950’s, men drooled over soft, full-bodied women like Marilyn Monroe and Jane Mansfield. The intense fitness craze that has gripped our country in the past 20 or so years has changed all that. Now the focus is on strength, toned muscles, and ‘hard bodies’. It’s not enough to have a flat stomach; you’ve got to have a six-pack and buns of steel devoid of any signs of cellulite. And it’s definitely not enough to have a good figure, you’ve got to have a ‘perfect body’. This unrealistic standard makes girls more insecure, compare themselves too much with peers and media images, and feel like they have to compete for boys in an endless ‘beauty contest’ every day at school. This competition breeds more aggression.

I seriously doubt an all female “Lord of the Flies” is going to resemble Wonder Woman’s idyllic island of Themiscyra in any way, no matter how much the feminists claim it will.

But putting aside the feminist herpaderpary, my real question is, “WHY?” Why would you vandalize a classic this way?

The book ultimately explores the human tendency to exit the dangerous, violent state of nature and form a society as a defense from violence, and how an exit from formal civilization can impact human nature. It examines the breakdown of order and the effects of groupthink. It’s only today’s femtard zealots that are re-imagining the story to be about “toxic masculinity.” The book’s late author William Golding said he was inspired, in part, by his own experiences during World War II in writing “Lord of the Flies.”

“World War II was the turning point for me,” he said. “I began to see what people were capable of doing. Anyone who moved through those years without understanding that man produces evil as a bee produces honey, must have been blind or wrong in the head.” Another time he said: “Look out,” he said, “the evil is in us all.” (Emphasis mine) 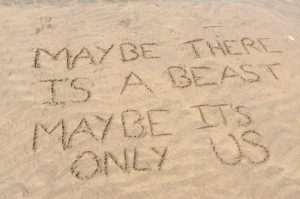 Golding wrote about human nature, even though he admits “Lord of the Flies” was partially also inspired by an incident when as a teacher, he allowed a class of boys full freedom during a debate, and which he describes as having turned into mayhem. But overall the book wasn’t about the masculine nature, and only someone intent on vilifying men would interpret it as such. It was about the state of nature and how quickly and easily human beings can forget their tendency to be civilized and live by a moral code when isolated and returned to that savage environment.

And while the method of devolution will likely be different if it were all girls trapped on an island, I have no doubt they would, indeed, devolve.

So why is Hollywood doing it? Why are they warping a classic story of good versus evil, and savagery versus civilization in such a manner?

I see this effort as just another opportunity for the social justice zealots to malign men, malign masculinity, and voiceturbate about how much better it would be if women were in charge! Girls are made of sugar and spice and everything nice, while boys are made of nasty snips and snails, and puppy dogs tails. I’m sure if the gyno-zealots have their way, this cinematic retelling will be a dull, floppy, unrealistic snooze fest in which middle school-aged girls get catty and mean toward one another, but ultimately wind up doing each other’s hair as they wait for a pink plane to come rescue them with a rainbow-haired, obese transgender woman at the controls, natch.

It’s hard to write an original screenplay with strong, mature, secure female characters. Much easier to just bastardize something someone else wrote. But first, you have to malign it, twist its meaning, and make it unpalatable to today’s Generation Cupcake. That way, the audiences will gleefully clamor for a retelling, and theater seats will be filled! 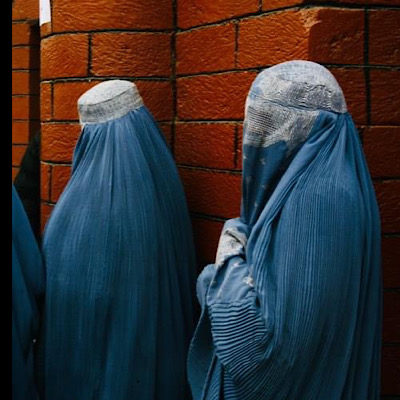