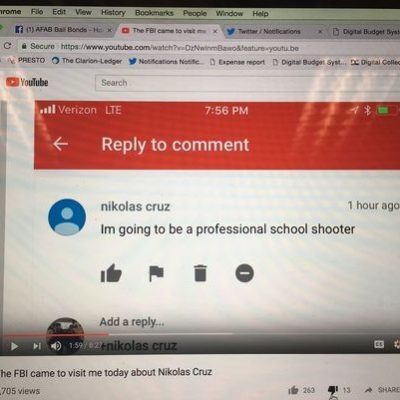 Previous post
Could The FBI Have Actually Prevented The #ParklandSchoolShooting? [VIDEO] 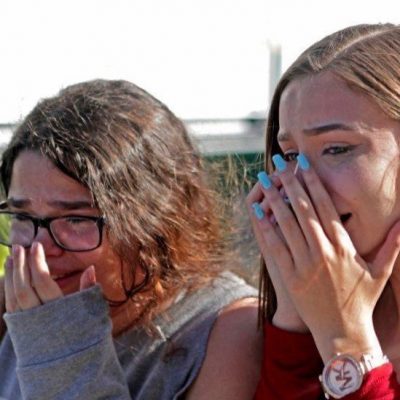 Next post
Failing Our Children: What Are Our Children Learning From #Parkland Shooting Response [VIDEO]

Coverage of the school shooting in Florida has been copious and sometimes hysterical. The left has immediately begun its clarion call for more gun control, while the right, frightened of being called heartless because they oppose gun control all “for the children,” of course, timidly suggests that this may not be the right time to discuss politics, especially since the bodies aren’t even cold yet. I’m all for some human decency and allowing families to grieve in peace, but frankly I’m sick and tired of being called heartless by people who make boogers look wise in comparison.

MSNBC’s Mika Brzezinski became unhinged at the mere thought of any guest coming on the Morning Joe yesterday and disagreeing with her gun control agenda. “Go to your car, and go back home,” she screeched.

Meanwhile, another MSNBC dolt and Mika’s partner both on the show and in the sack Joe Scarborough decided it was a great idea to call people who disagree with the idea of more gun control “domestic terrorists.”

Bloombergian Fuckwits for Gun Confiscation began to immediately tout its latest statistics, claiming that 18 school shootings have taken place in the United States since the beginning of the year – a claim so absurd, that even the Washington Post – yes, THAT Washington Post – called bullshit!

I’m not going to shut up. I don’t care what kind of names I’m called for not supporting an obviously flawed, statist agenda and melting into a puddle of irrational goo at some gun-grabbing idiot’s emotionalist rhetoric. I’m going to call their arguments what they are: idiotic.

Why it is that no matter how badly the government FAILS at enforcing the laws already on the books, gun grabbers immediately screech that MOAR GUN LAWZ is the answer, leaving the populace even more disarmed, defenseless, and dependent on the very same blundering authorities that fail to protect them in the first place?

Why is it that the answer to government failure is always more government?

Devin Patrick Kelley, who murdered 26 people in a Texas church last November, was prohibited by law from owning firearms, because he was a domestic abuser. The Air Force failed to report his criminal conviction to the FBI, and he was able to legally purchase any gun he wanted. Worse yet, the Air Force was an abject failure at reporting scores of others convicted of domestic violence, but the gun grabbers’ answer was MOAR GUN LAWZ!

Scumbag racist murderer Dylann Roof was not supposed to have been able to purchase firearms legally. He had an arrest record, and yet, he was able to legally purchase guns due to a “breakdown in the background check system and confusion with paperwork between the FBI, local police departments and county jurisdictions.” Another government FAIL at ensuring that people who legally can’t buy guns shouldn’t be able to purchase them, and yet the gun grabbers’ solution to the problem was MOAR GUN LAWZ!

Mass murderer Omar Mateen was on the FBI’s radar on suspicion of terrorist activity not once, but twice, but somehow FBI failed to put him on a watchlist, which would have prohibited him from owning firearms. But the gun grabbers’ reaction was MOAR GUN LAWZ! 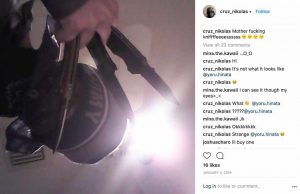 And now, we have Nikolaus Cruz, about whom the FBI received an anonymous tip after he posted an online message that said, “I‘m going to be a professional school shooter.” Reports differ about whether the FBI received one report or two about Cruz’s online behavior, but point is they failed to at the very least investigate the threatening behavior. And again, the gun grabbers’ hysterical please are not for the government to do its damn job, but for MOAR GUN LAWZ!

I can’t even call these idiots useful, unless we’re talking about zombie bait during the apocalypse.

These are people, who are so paralyzed by their hysteria, they are intent on relieving people who are innocent of any wrongdoing of their rights, because a murderous, criminal shitbag committed a heinous act.

These are the same people who condemn all cops for being racist and authoritarian, but want to disarm everyone except those same cops!

And these are the same people who look at obvious government failures to do its job and protect its citizens from violence and demand more laws for the government to fail to enforce.

So no, I’m not going to sit down and shut up in hopes of avoiding being called a gun-humping racist who hates children and wants more murders so that the evil gun industry and NRA can make a profit. I’m going to stand up and proclaim these calls for MOAR GUN LAWZ ludicrous, misguided, hysterical, and pointless.

It’s what they are. Deal with it.