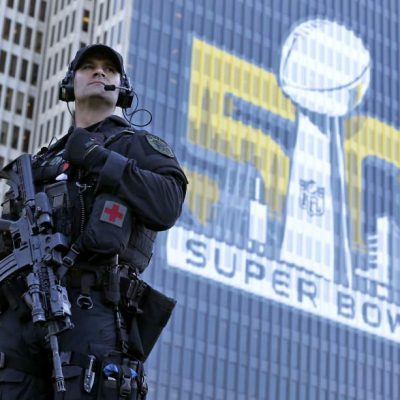 Previous post
No Colin Kaepernick, Police Officers Are Not Your Enemy [VIDEO] 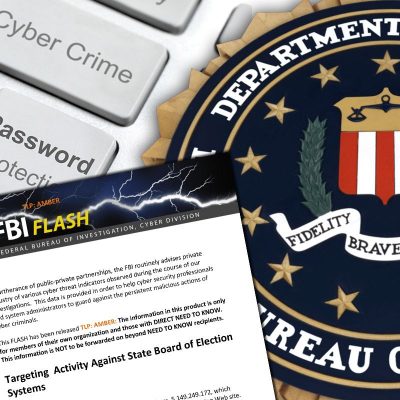 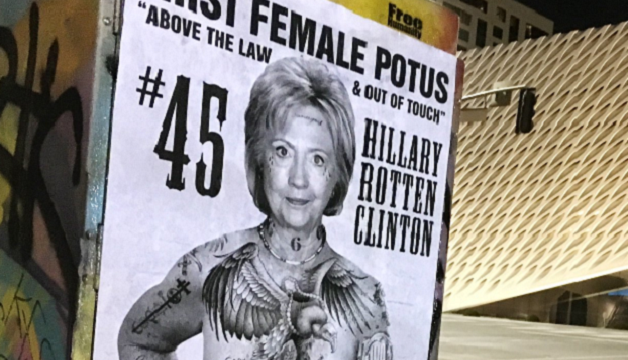 Apparently, there is intelligent life in Los Angeles. Street artist Sabo has released a new poster featuring the Democrat nominee for the President of the United States, Mrs. Hillary Diane Rodham Clinton. Her majesty, Hillary, will not be amused.

Here courtesy of youtube and Reason TV is a year old video of the L.A. street artist Sabo:

Well, as long as he can make a living. Um. I don’t know what that was.

If you are sensitive, are out of eye bleach, or there are small children around, please be warned that the poster will appear after the jump. Warning!

As devastating as the Hillary Rotten Clinton title is, the vulture with pearls is priceless. The sleeve of money tattoo on her left arm is great, the glass of male tears on her right forearm is subversive and perfect. But the most ruthless image, and therefore, the most spot on is:

The word “Eugenics” in a banner over her uterus, which features a baby skeleton and scissors. The phrase “grrrl power”, the classic baby footprints, the wire hanger and the hash marks ticking off abortions make this poster high art, in my humble opinion.

CBS out of Los Angeles reports:

The posters, created by LA street artist Sabo, were affixed to utility boxes and light posts near LA City Hall and the Seventh Veil strip club along Sunset Boulevard, among other locations. Twenty such posters went up around Los Angeles, according to the Hollywood Reporter, which first reported on the posters.

Bwa ha ha!. Cher and Barbara Streisand won’t see the posters from their limos, but regular, working stiff denizens of Los Angeles will see the posters. That is, if Hillary Clinton’s Flying Monkeys haven’t taken them down. Sabo did a Hillary Flying Monkey Poster, too.

This new poster of Hillary baggy and saggy and covered in body art makes me think of the book and motion picture “The Picture of Dorian Gray”. The movie starred Hurd Hatfield. The plot twist is that Dorian Gray never ages. He remains a beautiful young man. He commits heinous sins and lives a completely wanton life. Hidden in the attic is his portrait. It had been done in his youth and beauty. Every moment of his corrupted life shows not on his face, but on his portrait.

I have often imagined Hillary this way. All of her meanness and venality showing once she scrubbed off her carefully made up face.

Well done, Sabo. Her majesty is not going to be happy.