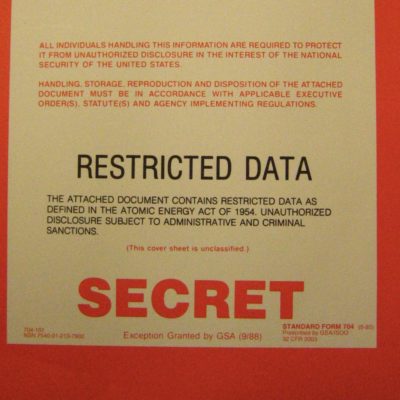 Statist media again bemoan about “National Security” as a means to scare up insinuations that the Trump administration is inept and reckless with classified information. But after 4 years of their baseless allegations, Americans are ready for another “Russia Hoax” document drop.

CNN is pushing hard against the Trump administration’s efforts to newly declassify intelligence surrounding the years long accusations of Russian election interference, awarding him the presidency in 2016. Shocked that someone might want to vindicate himself and preserve his reputation, the outlet writes,

Trump believes the documents in question will undermine the intelligence community’s unanimous finding that Russia interfered in the 2016 race to help him win, by exposing so-called “deep state” plots against his campaign and transition during the Obama administration, according to multiple current and former officials.”

Let’s unpack this in a way that makes sense. A citizen was spied on during his campaign (by the outgoing administration), and feels like there was a plot against him. He’s trying to undermine a “unanimous” finding by the intelligence community that he basically stole the election, aided by our historical enemy. This is the same “intelligence community” that pushed a questionable dossier, crafted by political opponents, as fact. A push that started well before the election. Then, his transition was hindered by officials who were working against him, many in the intelligence community. “The Federalist” has a wonderful timeline of events, here.

And for the record, it pretty much validates Trump’s version of events.

Wow, yeah he’s totally off the reservation on this one. If only we had some proof that validated his assertions. Maybe here, where VG breaks down the years long lies from the media about the hoax.

In their absolute push to keep documents classified, the statists at CNN are trotting out the political show ponies. In this case, John Brennan, former Director of the CIA under Obama. Yeah, the guy running an agency that should have been working to find out the truth of the Russia claims, not working to disseminate it as fact. He’s stumping for a new book, because we all know he won’t be writing anything if Biden gets into the office. He managed to keep his head in the sand for Hunter’s “pay to meet my dad” scams, so I have low expectations of him producing anything to taint the pending administration.

I love watching this video, where Brennan talks about the importance of election transitions, and national security. The hubris and complete hypocrisy is on full display. These people have serious TDS masked as concern for the Republic. “Trump is a danger to the country, and if he releases these new documents, he can craft the narrative.” Are you kidding me? Trump is in “Creative Writing 101” compared to the statist media’s Shakespearian craftsmanship of false “truth.”

But obviously Brennan is concerned because he knows a thing or two about crafting a narrative, and how it can have long term impacts on a president.

Who Will Be Hurt By Declassifying Intel?

According to the yappers at CNN, the entire “intelligence” community will be imperiled if anything new relating to Russian intelligence is released. “The Federalist” writes about previous information dumps,

A declassified ruling from the Foreign Intelligence Surveillance Act (FISA) court found that the basis for surveillance against the Trump campaign, which gave rise to the impeachment and broader collusion narrative, was based on a lie, and an FBI agent pleaded guilty to falsifying documents. Just this week, handwritten documents from former CIA Director John Brennan confirmed that the highest levels of the U.S. government were aware of the Clinton campaign’s plan to weaponize the Russian collusion allegation against Trump in the election.”

Hmm. This sounds more like it shines a bright light into the deep inner workings of a community very uncomfortable with their methods coming to light. Methods that allow them to run unchecked by outside agancies who can verify their intel and analysis, before they ruin lives with questionable intel.

Who will be hurt… maybe the people who are lying and protecting those politicians who directed the “information gathering”?

Of course to the good folks in statist media, Trump is both a bumbling idiot and maniacal mastermind – capable of stumbling through consummate gamesmanship.

Which is to say, that CNN is implying the recent cabinet changes are directly related to releasing these documents,

Those concerns roared back this week in the wake of a flurry of personnel changes at the National Security Agency — and the Pentagon — as Trump installed political loyalists in key positions where they could help turn the tide in the behind-the-scenes battle over declassifying documents, which has raged for weeks.”

To be blunt, Trump swapped cabinet members more often than Biden sniffed children. And considering the plethora of sniffer-Joe videos, that’s saying something.

It’s a lie to imply that this recent shake up is unusual in a Trump administration, tied to these documents. There’s been so many new faces at cabinet meetings that they have to wear “my name is _____” tags on their suits.

And CNN buries a small, but significant fact – POTUS can declassify any documents he wants. Regardless of the NSA or Pentagon or CIA Secretary’s feelings about it. So it’s taking the opportunity to layer one more narrative that Trump is swapping out career employees for loyalists as an unnecessary means to find agreement on releasing the documents.

Americans deserve to read these documents, and see what our politicians have been doing with the clandestine and intelligence forces at their disposal.

Because right now, the years long narrative that Trump is beholden to Russia invalidates the theory that our secret squirrel methods will fall into enemy hands. According to the left, Putin owns Trump, so wouldn’t they already know how we gather intel on them?

I think that the real reason they don’t want to release the documents is because it will prove, yet again, that Americans are not safe from their government using agencies to gather intel on its own citizens.

Starting with one who ran to unseat their chosen statist politician.

And very likely, on some level, taint the one who is measuring for drapes in the Oval Office.