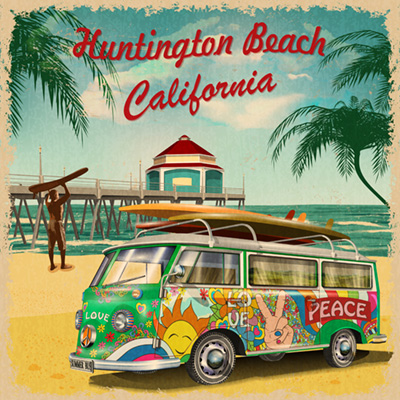 If a White Lives Matter rally is announced and no one except the “counter-demonstrators” show up, does white supremacism still make a sound?

If you can’t find racism, make it up

Since at least March 31st there has been some vague warnings about so-called White lives matter rallies being organized for today, April 11, around the nation. Outside of chatter and graphics on the social media app, Telegram, and the usual media breathlessness about Communities.On.Edge …

The expected events raised the possibility of clashes between event participants and groups who oppose them, as well as between the groups and law enforcement, Forbes reported.

Huntington Beach, California, was expected to be a primary location, with a 1 p.m. PT rally there said to be organized by a Ku Klux Klan group, according to the magazine.

… it appears that even the epicenter of this whitey-white racist event, Huntington Beach, sported not one Klan hood.

At least 100 people came out to demonstrate against the so-called White Lives Matter rally that was set to begin at 1 p.m., with dozens more onlookers in the gathering. Police officers stood at the edges of the pier plaza as helicopters and drones circled overhead.

Yes, ladies and gentlemen, no where among the volley ball games, strollers on the Pier, or kids splashing in the surf was even a descendent of Robert Byrd, Democrat Senator and KKK Exalted Cyclops to be seen. Indeed, the only people screaming hate and eager to engage in violence were these tolerant anti-racists.

Shortly after the demonstration began, police took three counterprotesters into custody. One was accused of using amplified sound and a second allegedly obstructed police and had in his backpack a metal baton, two cans of pepper spray and a knife, Huntington Beach Police Lt. Brian Smith said.

Smolletting a KKK presence in So Cal

Just last Easter Sunday, HB residents found fliers purportedly promoting the KKK. It should be laughable that any resident would take the KKK claims seriously – an organization with maybe 3K members in the whole of the United States? The stunt more resembles the Jussie Smollett hoax of manufacturing “white supremacist” instances for attention and profit. The most recent incident in a long line of Smolletting was revealed about the same time as the “KKK” fliers.

Officials have declared that racist graffiti found in Albion College was done by a black student, according to Michigan Live.

But, no. Rather than keeping calm and acting rationally, politicians, grifters and others invested in Blame America First had to jump in front of the nearest media outlet to declare their outrage.

Huntington Beach Mayor Kim Carr said she was flooded by emails Sunday from residents who were offended by the flyers. She described them as “hate speech,”

Carr joined the rest of the City Council in rejecting the propaganda on Sunday. She added that three separate measures intended to denounce hate speech were discussed by council members as recently as this past week.

“This is not indicative of our values as a community,” Carr said. “The KKK is not welcome in Huntington Beach.”

Geez, Kim, feed the Smolletting trolls, why don’t you? Suggestion, next time you feel like demagoguing over fliers whose origins are unknown, take a 1852 foot stroll down the 1850 foot Huntington Pier to cool off.

But then, I guess, rationality in the face of a hoax rally would keep these kind of people from having any excitement in their dull, little lives.

Denise Wada, a 20-year resident of Huntington Beach, stood at PCH and Main with other demonstrators and her dog, Banner, a Brittany.

A week ago, Wada was bothered when she learned on NextDoor, an app where residents can share information about their neighborhoods, that Ku Klux Klan fliers had been left on the doorsteps of homes in her city.

“I was horrified someone would do that,” she said.

Wada said there was discussion on her neighborhood forum that maybe it was a hoax but that, regardless of whether it was fake, it demanded a loud response.

“I can’t be quiet about that,” she said. “The point is it’s out there, and racial justice needs a louder noise.”

And there you have it. The strongest evidence that this is just another of a long line of fake but accurate hoaxes. Empty lives, unhappy lives, need things to make them feel important and seen. Actual charitable work gets ones hands dirty and is done outside of the public eye.

But social justice? Showing up with your protest dog ready to be a louder noise gets you some quotes in media that you can take back to NextDoor for some humblebrag points.

Who was really behind the fliers and the “social media” posts pretending to organize the rally? Take your first clue on how much effort is [not] being expended on a law enforcement investigation.

Because when you scratch a politician like Mayor Kim Carr, you find out …

“I’m all for the First Amendment,” Carr said. “But when people hide behind it so they can practice hate speech, that is unacceptable.”

… they really have no use for the Constitution. Smolletting serves their purpose, too.