Sheriffs Preparing For Showdown With Washington On Executive Amnesty 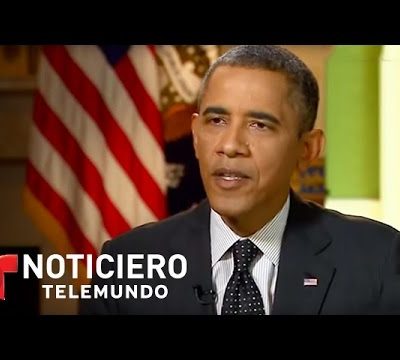 Sheriffs Preparing For Showdown With Washington On Executive Amnesty

Sheriffs across the country are now planning a showdown in Washington scheduled for Dec.10 to make their stand clear on illegal immigration amnesty. Straight on the heels of a collossal slap across the face of Obama’s destructive governance by American voters, sheriffs will meet with members of congress to encourage them to uphold the mandate of the American people and the Constitution of our Republic.

It seems their concerns the Republican leadership might grow faint of heart in the face of a clearly defiant Obama may not be unfounded. Prior to the landside victory of the Republican party which saw political maps go almost entirely red, RNC Chairman Reince Priebus vowed that should Republicans be given control of the House and the Senate, they would pull a You-Shall-Not-Pass Gandalfian moment and not allow our current Destroyer-In Chief to pass his executive amnesty death knell. Now it would appear the GOP leadership may have started their shuck-and-jive dance with the voters that put them there. According to this Breitbart article:

“Currently, conservatives say congressional Republican leadership is considering breaking the promise Priebus made before the election. His promise was explicitly bold, and included the specific guarantee that if voters turned the Senate Republican—as they have now done—Republicans will do everything possible to stop Obama’s planned executive amnesty, including defunding it.”

“Recent news reports indicate that House GOP leaders have been—since before the election—working on a long-term government funding deal with Senate Democratic leaders. The deal is still in the works but negotiators, are reportedly aiming to use it to fund the government through the rest of the 2015 fiscal year, meaning the end of September next year. There’s no guarantee whatsoever that the deal will include Priebus’s promise to defund executive amnesty plans.”

Ari Fleischer certainly seems to believe that the GOP needs to concede to illegal immigration amnesty because we can’t win in 2016 otherwise. What planet is Ari living on these days? Who does he think all those illegals will vote for? According to the Washington Post, Fleischer offered all of us ignorant, misinformed voters this condescending nugget of absurdity:

“Along the way, Republicans must communicate and act in a more open and inclusive manner. Statements about “self-deportation” for illegal immigrants, for example, alienate voters who would otherwise be open to Republican ideas. It is high time for the GOP to move forward on immigration reform.”

Reform? Why can’t we follow and enforce the laws on the books, Ari? Thank God for our sheriffs. These sheriffs have been elected to serve and protect the citizens of their counties, and they more than anyone else are duty-bound to uphold the laws and rights of their people. On November 4th, American voters gave a clear and concise order to their Representatives and Senators to put an end to the illegal immigration amnesty threatened by an insufferably arrogant and out-of-control POTUS. This must be the most important issue on the table and the one that must be dealt with first, or at least in conjunction with, passing a funding-bill that  includes defunding executive amnesty.

Sheriff Thomas M. Hodgson of Bristol County Massachusetts is organizing this hopefully massive show of solidarity with their American constituents and was quite blunt in his serious assessment of this looming threat. As reported by National Review Online, Sheriff Hodgson does not mince words and has a great deal to say:

“Never before in our nation’s history has it been so important for the American sheriffs to stand united and speak with one voice to secure our nation’s borders,” Hodgson wrote. “Senator Jeff Sessions, Senator David Vitter and other members of Congress have agreed to join us at the Capitol to demand immediate action to secure our borders as the first step in achieving legitimate immigration reform in the future. Several sheriffs have agreed to work in a spirit of cooperation to assist in recruiting at least 200 sheriffs to travel to Washington, D.C. for this historic meeting and press conference with members of Congress.”

Well-spoken, my good sheriff. Sheriff Hodgson clearly shares the same fears and outrage the rest of us informed, law-abiding, peace-loving citizens share. The NRO article goes on to give us more of Hodgson’s oh-so refreshing candor and sound judgement:

“Hodgson tells NRO he thinks the American people will rally around the sheriffs’ stand for secure borders. “I think by the sheriffs going there in big numbers, it places an incredible amount of emphasis on the most important thing that is impacting us in the biggest way in our country across every spectrum of our society, from medical to economics to safety and national security, and that is secure the borders,” he says. “We don’t need people to sit down there in Washington and sort of intellectualize what they think is the right thing to do without listening to the people who are dealing with these problems day-in and day-out and know the problems intimately.”

He says the sheriffs will send the message that: “We are sick and tired of being marginalized in our ability to protect our citizens. We want the border secured. And until you do that, until you secure these borders, which you’ve been telling us since Day One, you will never ever have legitimate comprehensive immigration reform.”

Sheriff Hodgson and his fellow officers has it right; we should all be fully aware that we must insist, no, in-your-face demand our elected officials keep their promises and follow through with immediate action when the situation arises. Americans have spoken, have given a trumpeting call to arms, and Republicans and Democrats should be forewarned to heed that call. If this amnesty is passed, a Constitutional crisis of intolerable proportions will ensue. Rest assured, the resulting backlash could very well make anything that goes down in Ferguson, M.O. look like a six year old child’s birthday party. If that comment gives you chills, it should.