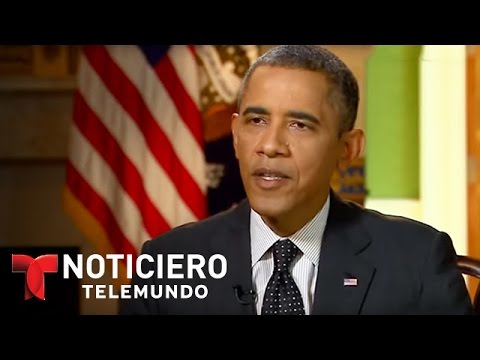 Just a week ago, the Democrat party experienced one of the worst red tidal waves in recent history. Not only was its majority wrested away in our United States Senate, and more than a dozen seats lost in the House, but governorships were gained and two thirds of the state legislatures are now also in Republican control. The voters sent an overwhelming message of “Stop the Liberal Madness” to the man who is supposed to be overseeing our security, and placing the needs of Americans above all else. But rather than acknowledge the message of “We’re Sick of Your Policies” that the responsible voters among us sent loud and clear last Tuesday, Obama, ever the obstinate imp, is doubling down, promising to wield his imperial pen, just as he’s been doing for years.

So, in response, our nation’s sheriffs are planning a “massive” December 10th meeting with our elected officials in D.C. Sheriff Thomas M. Hodgson of Bristol County, Mass., sent this letter to organize the meeting, two days before the existing government-funding bill expires, to convene with congressmen and encourage them to take immediate action to secure our borders. Why? To stop the tyrannical Barack Obama from unconstitutionally altering federal law by awarding executive amnesty to tens of millions of illegal aliens, with another immense surge of illegals the obvious consequence.

“‘Never before in our nation’s history has it been so important for the American sheriffs to stand united and speak with one voice to secure our nation’s borders,’ Hodgson wrote.

‘Senator Jeff Sessions, Senator David Vitter and other members of Congress have agreed to join us at the Capitol to demand immediate action to secure our borders as the first step in achieving legitimate immigration reform in the future. Several sheriffs have agreed to work in a spirit of cooperation to assist in recruiting at least 200 sheriffs to travel to Washington, D.C. for this historic meeting and press conference with members of Congress.’

[Sheriff Hodgson] says the sheriffs will send the message that: ‘We are sick and tired of being marginalized in our ability to protect our citizens. We want the border secured. And until you do that, until you secure these borders, which you’ve been telling us since Day One, you will never ever have legitimate comprehensive immigration reform.'”

If you’ve been paying even a smidgen of attention to the shenanigans of Mr. Obama, and how he flip flops on his positions to flow with the political winds, you’ll recall him explaining how, as president, he lacks the authority to grant amnesty to foreign nationals, before abruptly changing his mind when his political base shifted beneath him. Remember this?

So there you have it. He can’t defend executive order amnesty, and he knows it. For once, Mr. Obama stated a truth. But we should all know by now that what he says and what he does are two very different things. For when has his lack of authority to make or alter federal law ever stopped him? He doesn’t care. He’s poking Congress. He wants a fight, regardless of its consequences to legitimate immigration reform, and for America and her citizens. Seems even Joe Biden, uncharacteristically offering a stab at common sense, can’t seem to reason with this intransigent, foot-stomping man-child. A scene from last week’s post-election powwow with Congressional majority and minority leaders:

“‘The meeting was tense at times, according to a senior House Republican aide. The aide was not authorized to describe the back-and-forth publicly by name and spoke only on condition of anonymity,’ the Associated Press reports.

‘Senate Democratic leader Harry Reid, about to lose his grip on the upper chamber, barely said a word. The aide said at one point as House Speaker John Boehner was making an argument on immigration, Obama responded that his patience was running out and Vice President Joe Biden interrupted to ask how long Republicans needed. Obama angrily cut Biden off, the aide said.'”

Obama is reportedly “seething” at the incompetence of his own federal agencies and the shellac-attack he and his failed policies received last week from a fed-up electorate, making him even more dangerous to our Republic than at any time in the past six years. Fortunately, our nation’s sheriffs, sworn to uphold our Constitution, are the front line between you and I and an overreaching, lawless POTUS. Let’s hope this gathering in D.C. garners the massive participation touted by Sheriff Hodgson, and yields the first giant step in reigning in a man who, up until now, has remained comfortably above the law, blatantly abusing the power a twice duped nation entrusted him with. It’s about time we stood up and shouted, “No more.”