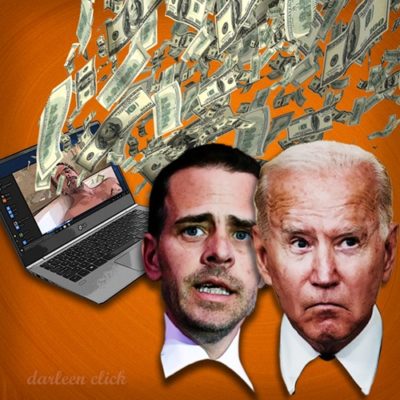 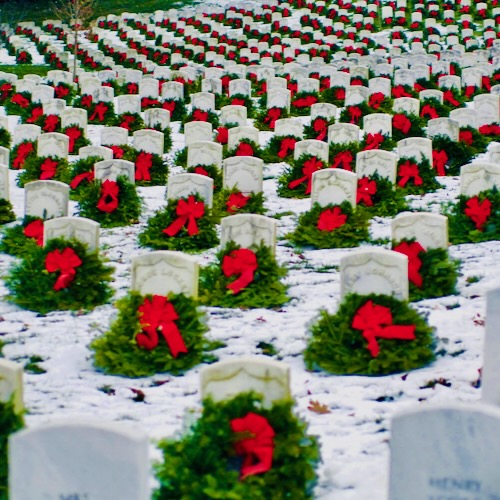 Wreaths Across America has been remembering and honoring our fallen every December since 1992. This year, as he’s quietly done for so many years, Justice Clarence Thomas was at Arlington to lay wreaths and Say Their Names.

National Wreaths Across America Day took place today at 3,702 participating locations across the country. Our nation’s heroes were remembered as each name was said aloud and honored as over two million volunteers, a third of whom were children, helped placed more than 2.7 million veterans’ wreaths on headstones of our fallen across the country. At Arlington National Cemetery specifically, 257,000 veterans’ wreaths were placed by more than 28,000 volunteers.

It is a beautiful way to quietly remember, to honor, and to teach the next generations about service and sacrifice.

Six-year-old Cruz Lizarraga and his sister Isla, 8, ran from headstone to headstone at Arlington National Cemetery on Saturday morning, reading the names of the soldiers, their family members and the wars and years in which they served.

Their father, Cory Lizarraga, walking closely behind, watched as the children laid a wreath at each stone, the red bow at the top nestled under the etched names. Each time, Lizarraga reminded the children of one thing: “Say their names. Don’t forget to say their names.”

The Bristol, Va., family stood in line at Arlington in 30-degree temperatures with about 200 others as early as 7 a.m. Saturday for the annual Wreaths Across America event, part of a national holiday wreath-laying ceremony at more than 1,600 military cemeteries across the United States and in 26 countries.

At cemeteries in big cities and small towns such as my hometown of Wheatland, WY, wreaths were reverently placed to honor all those who served. Saying their names out loud brings into focus that this man, this woman was someone who stepped up to serve this great Republic. It brings into focus that some of those honored gave the ultimate sacrifice on a battlefield so that we may continue to be free.

Justice Clarence Thomas and his wife Ginni are among those who quietly step up to honor and to talk with the many Gold Star families who attend and participate in this remembrance event.

Love how Justice Clarence Thomas quietly lays wreaths with all the other volunteers every year at Arlington National Cemetery for #wreathsacrossamerica to honor those who have the ultimate sacrifice. pic.twitter.com/xerCBt8ICM

Sadly and tellingly, due to the intense dislike, even hatred many feel for Justice Thomas, they called out Emily and Justice Thomas for pandering to the media. Thus she wrote about her experience and pointed out that Justice Thomas has been doing this for years. For example, this photo Emily took in 2016.

And, NO, he didn’t seek out the media nor does he pay attention to what the media says or doesn’t say about him.

He does not know I posted his photo. I have other photos with him that I have kept private.

After all these years on the bench, he doesn’t care about his media coverage. He’s a principled man who tries to stay out of the spotlight. He doesn’t hang out at the Washington elite gatherings.

One thing to note is that Justice Thomas and Ginni did this again this year in spite of the fact that there are STILL people protesting outside their home as well as the homes of other Supreme Court Justices. They weren’t going to let knaves and fools stop them from honoring our fallen service men and women. Emily posted a video of the days events as well.

This video also shows how many come out to help honor and Say Their Names.

As with the Memorial Day tradition of Boy Scouts placing flags on the graves, this tradition is an important and valuable way to Remember, Honor, and learn from those who stepped up to serve this Republic.

It is important to Honor and Say Their Names, and equally important to mourn with and support the Gold Star Families. This from Abraham Lincoln’s second Inaugural Address is fitting.

With malice toward none; with charity for all; with firmness in the right as God gives us to see the right, let us strive on to finish the work we are in; to bind up the nation’s wounds; to care for him who shall have borne the battle and for his widow and his orphan – to do all which may achieve and cherish a just and a lasting peace among ourselves and with all nations

I’m glad to know that Justice Clarence Thomas and his wife Ginni humbly and reverently do so every year. I’m grateful that such a man of principle is a member of our United States Supreme Court.