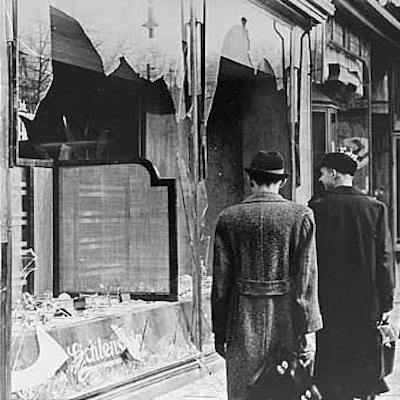 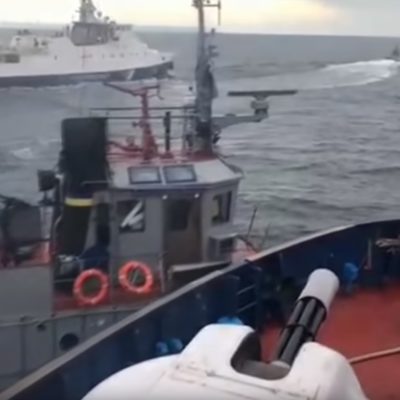 Is this the boiling point for a bigger conflict? It might very well be, as Russia seized Ukrainian vessels and sailors in the Kerch Strait yesterday, in a highly aggressive act that ranks right up there with Russia taking the Crimea.

Ukraine has demanded that Russia back off.

Ukraine’s president demanded Monday that Russia immediately release Ukrainian sailors and vessels seized in a standoff around Crimea that sharply escalated tensions between the two countries and drew international concern.

The two neighbors have been locked in a tense tug-of-war since Russia’s 2014 annexation of Crimea, but the incident late Sunday, in which Russian coast guard ships fired on Ukrainian navy vessels near the Kerch Strait, directly pitted the two militaries against each other, placing them on the verge of an open conflict.

The Ukrainian navy said six of its seamen were wounded when Russian coast guards opened fire on three Ukrainian ships near the Kerch Strait and then seized them. Russia said that three Ukrainian sailors were lightly injured and given medical assistance.

Ukraine’s president, Petro Poroshenko, chaired an emergency meeting of his Cabinet early Monday and asked parliament to introduce martial law for two months in response to what he described as Russian aggression.

“We consider it as an act of aggression against our state and a very serious threat,” the president said. “Unfortunately, there are no ‘red lines’ for the Russian Federation.”

Ukrainian Foreign Minister Pavlo Klimkin told reporters later Monday that Kiev believes that what happened near the Kerch Strait was no accident but “deliberately planned hostilities.”

If adopted by lawmakers, the emergency measures proposed by Poroshenko will include a partial mobilization and strengthening the country’s air defense. They also include a plethora of vaguely worded steps such as the “strengthening” of anti-terrorism measures and “information security.”

The fate of the Ukrainian seamen was not immediately clear. Klimkin insisted that they should be treated as prisoners of war while Kremlin spokesman Dmitry Peskov did not say what legal status they have.

Russia and Ukraine have traded blame over the incident that further escalated tensions that have soared since Russia annexed Ukraine’s Crimean Peninsula in 2014 and backed a separatist insurgency in eastern Ukraine with clandestine dispatches of troops and weapons.

Ukraine said its vessels were heading to the Sea of Azov in line with international maritime rules, while Russia charged that they had failed to obtain permission to pass through the Kerch Strait separating Crimea from the Russian mainland.

The narrow strait is the only passage between the Black Sea and the Sea of Azov. It’s spanned by a 19-kilometer (11.8-mile) bridge that Russia completed this year. While a 2003 treaty designates the Kerch Strait and Sea of Azov as shared territorial waters, Russia has sought to assert greater control over the passage since the annexation of Crimea.

The United Nations Security Council called for an emergency meeting, which happened this morning. When Russia did not get their way in the meeting, they decided to sit and pout instead.

UNSC meeting now adjourned, no progress made towards resolving the crisis. Russia's ambassador to the UN gave rambling speech after refusing to give remarks in protest due to failure of his proposed agenda.

At UN Security Council, @nikkihaley denounces Russian attack on Ukrainian vessels as an "outrageous violation of sovereign Ukrainian territory." Calls it "yet another reckless Russian escalation." Says "this is no way for a law-abiding civilized nation to act." pic.twitter.com/1WRxvtwXvy

“This is no way for a law-abiding civilized nation to act. Impeding Ukraine’s lawful transit through the Kerch Strait is a violation under international law. It is an arrogant act that the international community must condemn and will never accept.”

“In the name of international peace and security, Russia must immediately cease its unlawful conduct and respect the navigational rights and freedoms of all states.”

So, now that all the official condemnation has been entered into the record, what happens now? Who knows. Ukraine is about to have a presidential election next March, and if open conflict with Russia begins, you can bet that both sides will use it to their political advantage – especially current president Petro Poroshenko, whose entire political platform has been based upon standing up to Russian aggression.

For right now, the world has to watch and wait. This could be a run-up to actual open war, or just a giant contest to see whose *cough* ships *cough* are bigger. 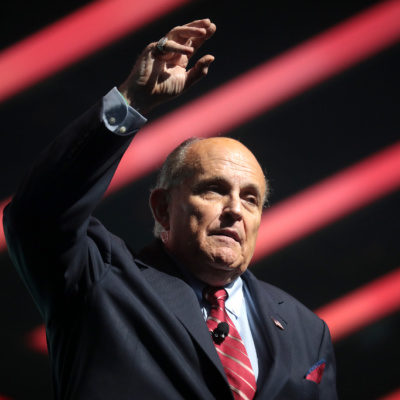