RFK Jr. Likens Autism to a “Holocaust,” Has to Apologize

Next post
Hillary's Campaign Off to Rocky Start in Iowa

RFK Jr. Likens Autism to a “Holocaust,” Has to Apologize

Robert F. Kennedy Jr., who has ridden the prestige of his family name his entire life, decided some years ago to take up with anti-vaccination loons and is now busy promoting a book and a movie about the dangers of thimerosal, a mercury-based preservative that is no longer used in vaccinations. He is also protesting against SB 277, a bill being currently debated in the California state legislature, which would get rid of the “personal belief” exemption waiver, which allows parents to send their children to public schools without being vaccinated. The bill would also require that children be immunized for measles and whooping cough to attend public schools in California. This bill was created in response to the Disneyland measles outbreak of last year, and the ongoing whooping cough epidemic.


While promoting the film “Trace Amounts” in Sacramento, Kennedy made this statement:

“They get the shot, that night they have a fever of a hundred and three, they go to sleep, and three months later their brain is gone,” Kennedy said. “This is a holocaust, what this is doing to our country.”

Kennedy has now been forced to apologize – not for his crazy anti-vax position, but for using the word “holocaust” and offending Jewish groups in California.

Kennedy said he was struggling for a way to convey the effects of autism on children and their families.
“I want to apologize to all whom I offended by my use of the word holocaust to describe the autism epidemic,” Kennedy said in a statement. “I employed the term during an impromptu speech as I struggled to find an expression to convey the catastrophic tragedy of autism which has now destroyed the lives of over 20 million children and shattered their families.”
He said he will use other words to describe the autism crisis in the future.

As an autism mom, I’m just offended by Kennedy in general, but I doubt I’m going to get an apology from him for that. I’m offended by his description of children on the autism spectrum as having their “brains gone.” My son’s life is not “destroyed” by his autism, and neither is our family “shattered.” My son is a very happy 9 year old with an active imagination – sometimes a little too active – who loves the people who love him. He is no brain-dead zombie who we are passively moving through life. While I do know families who have children who are severe on the spectrum who would agree with Kennedy’s assessment, such a wide, sweeping generalization does as much damage as Kennedy’s admitted knowledge of autism itself, as related to Slate in a 2013 article, which takes apart his thimerosal conspiracy theory.

Like a lot of conspiracy theories, this one started with a mystery: Autism diagnoses were going up, and it wasn’t entirely clear why. It was reasonable to ask whether vaccines were disrupting neural development somehow, and a paper published in a prestigious medical journal claimed to show evidence of a link. So scientists studied the question. They found that the incidence of autism is independent of when and how many vaccines children are given, that taking thimerosal out of vaccines doesn’t reduce the incidence of autism, and that the study by Andrew Wakefield purporting to show a link was entirely made up. Thimerosal is a mercury compound, which sounds scary, but mercury comes in many forms that behave differently in the body, and this isn’t the dangerous kind. And in any case, a decade ago thimerosal was removed from the childhood vaccines that anti-vaxxers claimed were causing autism. The evidence is pretty clear now that the increase in autism rates is mostly a matter of better diagnoses and more parents seeking services.

But RFK Jr. disagrees. A scientist told him about the changes in diagnostic criteria, but “I knew that that was not true, because I spent my life working with people with intellectual disabilities. My family started the Special Olympics. I worked at Camp Shriver from when I was 8 years old. … I saw every kind of mental disability, but I had never seen autistic. I didn’t know what autism was until I saw Rain Man.”

Anyone who uses “Rain Man” as an example of “what autism is like” ought to be punched, because while that movie exposed the general public to autism spectrum disorder, it also promoted the belief that all people with autism are savants – something which is still prevalent in people’s perception of ASD to this day.

Kennedy believes in this crackpot conspiracy, and is willing to put himself forward as a spokesman for the anti-vaccination cause. And because his name is Kennedy, he was taken seriously for a long time by the media.

In 2005, he published an explosive story for Rolling Stone magazine and Salon called “Deadly Immunity.” Kennedy wrote that he had uncovered evidence showing “how government health agencies colluded with Big Pharma to hide the risks of thimerosal from the public.” At first, he was feted like a prizewinning muckraker. On “The Daily Show,” Jon Stewart praised him. On MSNBC, Joe Scarborough fawned: “Let’s get you running for a public office.”

Jon Stewart, after kissing up to him, publicly supported vaccinations after the measles outbreak in California – though he neglected to mention Kennedy by name when he talked about the vaccine debate.
https://www.youtube.com/watch?v=myxu-HMwW1E
Autism is a very real and very great stress on families. But you know what does destroy families? Secrets. Secrets like having an aunt with cognitive disabilities who was lobotomized on grandpa’s orders, and then locked away for the rest of her life. Maybe Kennedy should be considering whether his aunt Rosemary was on the autism spectrum – not that we can ever know that for certain.

Despite his proclamations, I seriously doubt RFK Jr. has spent much time around people with autism. To reduce them down to brainless zombies is outrageously offensive and demeaning, and to proclaim vaccine usage as a “holocaust” trigger for autism is insane. But, like all Kennedys, RFK Jr. will get a pass after an apology after spewing awful and ignorant hyperbole. Because he is a Kennedy. 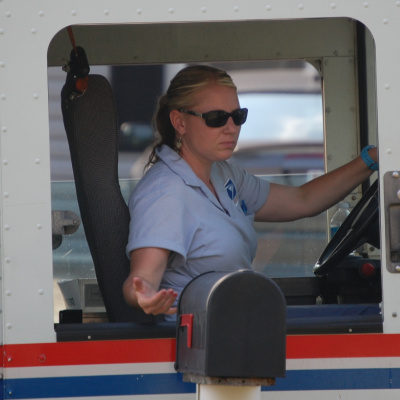