Previous post
Warren Wants to Be Your Tough, Smart Woman

Next post
San Francisco Has A New District Attorney, Expect Things To Get Worse 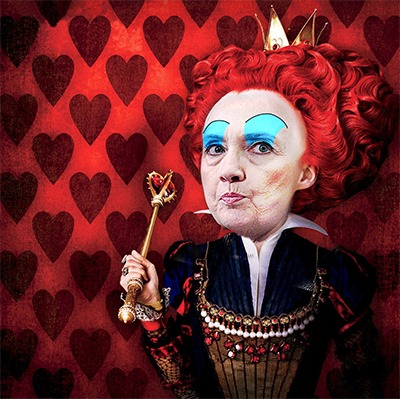 Queen Hillary has thoughts about the UK delaying the release of the Russia report on Russian influence over the Brexit election. According to her highness, delaying this report until after the election is “inexplicable and shameful.”

While in London for their cute little book tour about gutsy women, Hillary and Chelsea had time for an interview with BBC.

According to Hillary, every British voter deserves to see the report. Let’s take a gander at what we know about this particular report shall we?

“The committee’s report is based on analysis from Britain’s intelligence agencies, as well as third-party experts such as the former MI6 officer Christopher Steele, and is subject to a final clearance from Downing Street. That has to come before parliament is dissolved on Tuesday if it is to be released ahead of the election.”

This particular report was finalized in March. However, it wasn’t given to Prime Minister Boris Johnson until October 17. Which has led to a lot of finger pointing and accusations of Johnson sitting on the report to further his Brexit ambitions.

The thing is, Johnson wasn’t Prime Minister in March. Teresa May was. She didn’t resign until July. If anyone sat on the report, it was May.

Pesky little details like that aren’t stopping the conspiracy theories from running rampant through Parliament, the government, and the media.

“Clinton said: “I mean, who do they think they are that they would keep information like that from the public, especially before an election?

“Well, I’ll tell you who they think they are. They think that they are the all-powerful, strong men who should be ruling,” she said, linking the suppression of the report to a rising authoritarian turn in western leaders.”

Queen Hillary has thoughts and opinions to offer. But when asked about why she lost, the knives come out and the fingers of blame are pointed at everyone else.

I’ve always found it laughable that Hillary is so quick to slam Russian bots for tanking her campaign when she herself didn’t give a rat’s ass about security protocols.

Furthermore, she essentially slams Britain for not being gutsy enough to stay in the EU and fight against Russian aggression.

“She was anxious, she said, about Britain trying “to separate yourselves from Europe at a time when democracies need to stick together because we are truly under pressure from dictatorships and authoritarian regimes”.

At the event promoting The Book of Gutsy Women, co-authored with her daughter, Chelsea, the former US secretary of state said: “I am, as a great admirer of Britain, concerned, because I can’t make sense of what is happening.

“We have a president who admires dictators and takes their help and does all kinds of crazy stuff. So we need you to be the sane member of this partnership going forward.””

So, according to Queen Hillary, if Britain goes through with Brexit like the voters wanted in 2016, then that country will no longer be sane and is giving into Russian influence?

This from a candidate who ignored three key states during her Presidential campaign.

This from a woman who, during a BBC Radio interview today, declared that Margaret Thatcher didn’t fit the definition of “gutsy.”

Hey, @HillaryClinton at least Margaret Thatcher didn’t hang onto her husband’s coat-tails and got elected in her own right. Which is more than you managed. Seems pretty “gutsy” to me… https://t.co/uz8PAkYIEC

Not only that, but Thatcher was a key figure in the collapse of the Soviet Union and don’t forget the Falklands War.

Queen Hillary Clinton has once again stepped in it BIGLY. Complaining about Russia, telling another country how to conduct their business, and declaring that Margaret Thatcher wasn’t “gutsy” enough… all in the space of three days.

Enjoy the ratio Hillary, you deserve it.