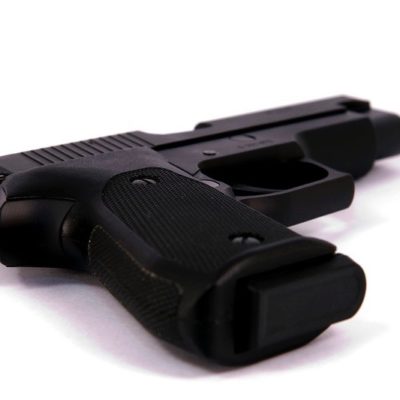 Next post
Hillary Snivels Through Reading Of Her 2016 "Victory Speech" 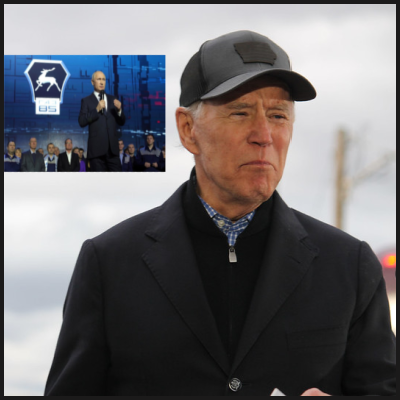 Joe Biden and Russian President Vladimir Putin had a two hour zoom call yesterday. No matter what the Democrat/Media Industrial Complex tells you, Putin zoomed Biden. Zoomed, as in shut Biden down. You should care. Unless you want to see tank battles in Kiev and people freezing to death in Paris.

If you read the White House readout on the zoom call, you would have thought it was normal business. Just two world leaders discussing the global situation. Here is the text from the readout:

President Joseph R. Biden, Jr. held a secure video call today with President Vladimir Putin of Russia to discuss a range of issues on the U.S.-Russia agenda. President Biden voiced the deep concerns of the United States and our European Allies about Russia’s escalation of forces surrounding Ukraine and made clear that the U.S. and our Allies would respond with strong economic and other measures in the event of military escalation. President Biden reiterated his support for Ukraine’s sovereignty and territorial integrity and called for de-escalation and a return to diplomacy. The two presidents tasked their teams to follow up, and the U.S. will do so in close coordination with allies and partners. The presidents also discussed the U.S.-Russia dialogue on Strategic Stability, a separate dialogue on ransomware, as well as joint work on regional issues such as Iran.

On his way to Missouri this morning, Joe Biden told the assembled press that he was polite but firm with Putin:

President Biden: "I was very straightforward. There were no minced words. It was polite, but I made it very clear. If in fact, [Putin] invades Ukraine, there will be severe consequences, economic consequences like none he's ever seen or ever have been seen." pic.twitter.com/VgtwPkkFCL

Oh, big tough talk. Except that first Putin had to wait while Biden unmuted his mic and waved at him.

That is so freaking embarrassing. Now, according to Twitter, Putin was nervous zooming with Biden because he knows that Biden is a real man and Putin doesn’t own him as he did President Trump. That’s why Putin was shaking his legs. Yes, in Aristophanes’ Cloud Cuckoo Land. My interpretation was the Putin was thinking is, “Why am I wasting my time with this doty old man? I have countries to conquer.”

Right now, Putin has about 90,000 Russian troops on the border with Ukraine. Biden thinks that he can threaten Russian leader with severe economic consequences like he (Vladimir) has never seen before. Biden also thinks he can threaten to bring the Ukraine into NATO. If this weren’t so serious I would laugh.

“It is leverage for the West,” Sullivan insisted. “If Vladimir Putin wants to see gas flow through that pipeline, he may not want to take the risk of invading Ukraine.”

It’s true that Nord Stream is completed but is not operating. But…Vladimir probably watched the Afghanistan collapse on the big screen in Putin’s Palace and thought…right? The U.S. is pressuring newly sworn German Chancellor Olaf Scholz (buh bye, Angela) to sanction Russia, keep Nord Stream from operating, and allow the Ukraine to enter NATO.

There is just one little itsy bitsy problem with that thinking: Winter is coming to Europe. Newly sworn Scholz doesn’t want his first months in office to be Covid and frozen bodies. French President Macron doesn’t want dead bodies in Paris apartments. After Biden screwed our friends over by not giving them a heads up that we were fleeing Afghanistan, why would they do him a solid now.

Putin may be using the troops on the Ukraine border as leverage against Western nations. Since the Obama/Biden administration gave Putin Crimea without a whimper, Putin may see this as an opportunity to get the Soviet Union united again. O’Biden gave the Ukraine blankets in 2014. Trump gave the Ukraine Javelin missiles. Today, Lithuania’s Minister of Defense was in Kiev to deliver some protection to the Ukraine:

Today I am on my way to Kyiv, where I am handing over the first part of 🇱🇹 military assistance to Ukraine – by the agreement of @LithuanianGovt, we are providing 🇺🇦Armed Forces with armoured vests and ballistic belts free of charge. Ukraine's fight is also Lithuania's fight. 🇱🇹🇺🇦 pic.twitter.com/MW2Y9rRe3S

Experts on the region don’t believe that Putin will make a move before January or February. If the world goes pear-shaped, would Biden get us involved? Will Putin and China’s Xi Jinping work in tandem on Ukraine and Taiwan. Biden is feckless and stupid. Nothing is off of the table.