Next post
Biden and the Quest for the Perfect Vagina 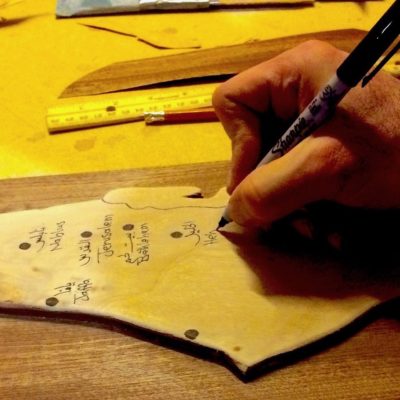 A Palestinian student at Pomona College has been absolved of any wrongdoing by college administration for posting a hateful vulgar, anti-Semitic Instagram story.

We would say we are shocked but then again, nothing surprises us these days.

Once again, zionist-israel-birth-right-vacation-stuck-on-comparing-holocaust-to-racism-WW2-worshipping bitches, this should be right up ur alley. oh wait u hate brown ppl”-Malak Afaneh

Afaneh went on to say the post “put into words all I’ve been thinking.” WWII-worshipping bitches? One would think an educated college senior who wants to educate the masses that the war in Yemen is like that of the Holocaust would learn proper spelling when trying to get her point across. But alas, must save character space on The ‘Gram.

The articles circulating have published false information without acknowledging two key points: 1) that the original verbiage was not her own and 2) that she has released the aforementioned statement acknowledging the impact. Furthermore, the students who brought forth the accusations have exhibited racist, and specifically, anti-Black and Islamophobic behavior in the past and purposely stated derogatory statements regarding the existence of Palestine and the Palestinian identity.

We demand protection for Malak Afaneh. As a Palestinian Muslim woman, her getting doxxed as antisemitic will jeopardize her future endeavors, which include visiting her homeland.”-Pomona College Petition, June 22, 2020

Oh, Afaneh didn’t write the quote. It was not her original verbiage. But she did say that the cited verbiage “put into words all she has been thinking”, so there’s that. Despite all of this, Afaneh is “sorry” (she got caught using a social media platform to spread hateful rhetoric) and Pomona College gives her a pass. She gets to finish out her senior year and continue to be the class president.

We condemn anti-Semitism in all its forms, and we seek to foster an atmosphere of respect for all members of our community. In this case, the student government representative has apologized and reached out to support cross-cultural dialogue, which we encourage.”-Pomona College Statement

What form was Afaneh’s anti-Semite,sm, exactly? The “just kidding” form? Nothing but love and light Malak Afaneh has for those “zionist-israel-birth-right-vacation-stuck-on-comparing-holocaust-to-racism-WW2-worshipping bitches”, eh?

Because as a Palestinian, one cannot fault Malak Afaneh for being indoctrinated into a culture of anti-Semitism. She was not brainwashed at all. These “Zionist-Israel-Birthright” are, right?

Children in the Palestinian Authority and Gaza are literally being raised to kill Jews and martyr themselves in the process, if necessary. Prospects for peace don’t exist when the generation in waiting is being raised on hate.”-Judith Bergman, The Washington Examiner

Fatah kids’ camps and Kindergarten classes named after Palestinian terrorists encourage this hate and martyrdom. While there may be deaths in Palestine, the nation is not an innocent bystander in this equation.

Imagine if this were nazi group of ignorant white boys on campus spewing this hate? Would this be tolerated? Would this be acceptable? Would these students be able to fall behind a lapse in judgement and an “Ooops, sorry (not sorry)”? It is doubtful. These students would have long been suspended if any were to take to social media with a hate-filled rant and said, “that’s exactly what I’ve been thinking”.

But because she is from Palestine and a woman, Pomona College tiptoes around this situation, offering Malak Afaneh the benefit of the doubt. Vulgarity and hate-filled speech is her exercising her First Amendment rights. She belongs to a marginalized culture. Heaven forbid there are any consequences for Afaneh.

And for someone who doesn’t worship WWII, Afaneh has taken the iconic Rosie the Riveter and put her in a hijab. Our beloved Rosie, who represented women who left their other jobs to help build ships and weapons to aid in the fight battles both in Europe and the Pacific theaters. Irony much?

Everyone is together. Except white people and Jews, apparently. And there you have it. Pomona college senior and class president. She has a bright career awaiting her in the Democratic Party, I’ll say.