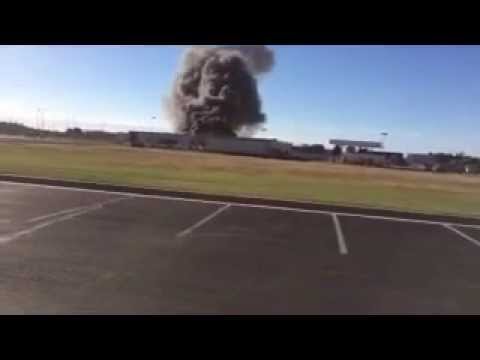 A small plane, identified by the FAA as a twin-engine Beechcraft King Air, has crashed just after takeoff into a building at Wichita’s Mid-Continent Airport in Kansas. The crash occurred just before 10 am Central Time.

Plane crashed into Flight Safety right across the street from my father-in-law! #Wichita #Kansas @KWCH12 pic.twitter.com/4jxn4c12Ky

The FAA is already there at the scene and issued a statement to the media.

The pilot of the Beechcraft King Air plane reported losing engine power shortly after takeoff and crashed when trying to return to the runway, the Federal Aviation Administration said in a statement. FAA investigators are on scene and the NTSB has been notified, the agency said.

The building that was hit housed FlightSafety International at the airport. Two people inside are reported dead, 4 injured, and at least 5 missing. The small plane only had the pilot on board. The pilot’s status is unknown.

We will continue to update as more news is released.

UPDATE: The number of dead has increased to four.