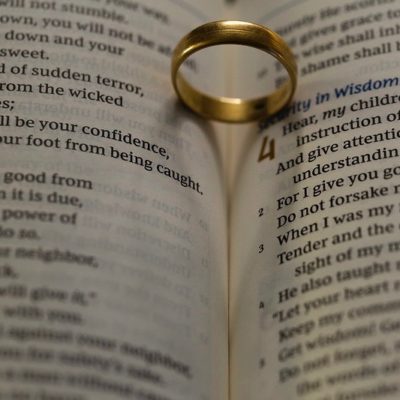 In, after a huge round of applause of course, walks Missouri pastor, Stewart-Allen Clark of Missouri’s Malden First General Baptist Church. Fast forward in about a minute on this video:

Pastor Clark, in all of his dad-bod glory is telling women that, for obvies, they can’t be his ultimate dream girl, Melania Trump, but they need to at least try a little. You know, put on some makeup. Look less “butch”. Otherwise, don’t be surprised if dear husband strays.

Now look, I’m not saying every woman can be the epic, epic trophy wife of all time like Melania Trump. I’m not saying that at all. Most women can’t be trophy wives, but you know, maybe you’re a participation trophy. I don’t know, but all I can say is not everybody looks like that. Amen! Not everybody looks like that. But you don’t need to look like a butch either.”-Stewart-Allen Clark

Pastor Clark goes on to say that he stepped away from marriage counseling. Good riddance, right? I could see him now, telling the wife to stay away from the Oreos. But remember the Duggars’ “19 Kids and Counting“? The Duggars are Baptists. Now, I’m not trying to generalize here when I say this but how are women supposed to fruit the world with children without some battle scars?

Ladies, it’s the way God made us. It’s the way we are. Men are going to look. He made us to look. You want them to be looking at you. Don’t let yourself go.”-Stewart-Allen Clark

Don’t go to Wal-Mart in your pajamas, he says. For the record, most of us are not fond of going to public places in pajama pants. We ladies like to clean ourselves up before leaving the house. We comb my hair and throw it up in a messy bun if we have to. We like working out and we like make-up. We like all of this because it makes usfeel better about ourselves. Some of us are, in fact, “high maintenance” and our husbands sometimes have a hard time keeping up with our brow appointments, hair appointments, facial appointments, you get the drift. They want us to stay home once in a while!

After the backlash of Pastor Clark’s sermon, the Deacon Ministry Team at First General Baptist church, mentions on the church website that Pastor Clark is on a “eave of absence” and is “seeking professional counseling”.

Now there’s no arguing Pastor Clark’s point that Melania Trump is beautiful. We love the former First Lady and her style but let’s be honest, Melania’s had work done. Melania can afford to have work done. This is not so much an attack on Pastor Clark, per se, but what a pastor can get away with on the pulpit these days. I have seen pastors talk frankly about how “Hawwwwwtttt” their wives are on the pulpit. There are pastors who talk freely with their wives on Instagram on “Marriage Mondays” about the importance of sexual attraction and sex in a marriage. Some pastors even made the arguments for creative role play and sex toys in the bedroom in their books. Okay, great. They’re not prudes. They have sex. But in truth, I do not need to know about their sex lives or hear a pastor talk about how “hot” his wife is on stage under the guise of God’s Word.

Listen ladies, we are not lust monsters. We’re not that lust monster that chases you around the bed every night. We can’t help ourselves. God made us this way. He made us this way. Listen can I just tell you this? This may never pass your mind when you’re saying ‘I do,’ but I’m going to tell you it does his. It’s the main reason he married you.”-Stewart-Allen Clark

I would venture to say most of us women are not the same women our husbands said “I do” to for a number of reasons. If the “main reason” a guy married a girl is because of physical attraction then their marriage was not on solid ground to begin with. I would say Pastor Clark neglects to mention all of those other reasons individuals marry their soulmate. They’re called values, interests, ideas, friendship and life experiences that give way to shared experiences. I would also venture to say that Pastor Clark and the husbands who are on-board with his sermon are not the svelte, stud-muffins they were back in the day, either. It’s called the aging process for men. Let’s add the aging process to the women’s side of things coupled with childbirth and stretched-out muscles and hot flashes and bloating and, eventually, menopause. Ever try losing weight during menopause? The kick in the ass here? Your husband just listened to Pastor Clark who said that muffin top you can’t get rid of is grounds for divorce. How dare you let yourself go!

So, yeah. I think we need a freaken cookie and some Haagen-Day every now and then. And if that is enough to make a man divorce us, Pastor Clark and the slew of other “manly” men of God (as they call themselves), perhaps they should consult their Bibles. Marriage is a covenant.

That is why a man leaves his father and mother and is united to his wife, and they become one flesh.”-Genesis 2:24

One flesh. Two become one. Which means, if one stumbles, it is the other’s responsibility to walk with them and encourage them-not throw their hands in the air and file for divorce. I am personally tired of what gets away with being a sermon these days. What does Pastor Clark’s message say to the young men in the congregation? Drop them when they’re no longer “hawwwt” trophies? I am also tired of 40- and 50- and sometimes, 60-something-year-old men dressing like bikers or gangsters, sporting expensive shoes, a porn-star moustache on stage and passing themselves off as “cool” pastors living out their teenage years as the “cool kids” (because they were so not cool back in the day) and talking about how sexy their wives are.

Let us pray. Ladies, with every head bowed in the house and every eye closed, ask Jesus for that “mommy makeover” so your husband doesn’t leave you. Jesus, deliver Botox, liposuction, fillers and tummy tucks to every single lady in this house today. Make her look less butch. And, in divine provision, grant them the finances to do this to keep their pastor husbands happy, even if it means less tithe for the church. Can I get an AMEN? 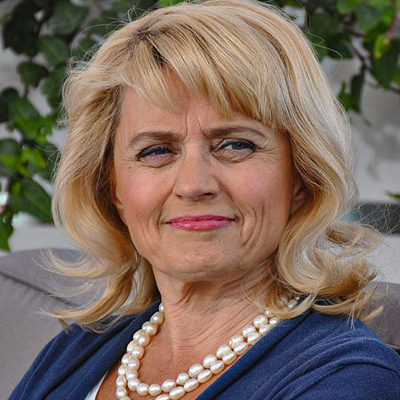