Previous post
What Do Muslim Men have that Some Women Want? 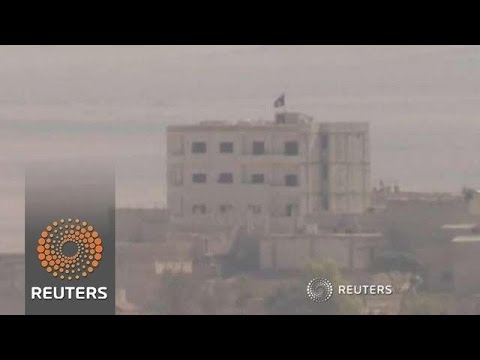 In September, thousands of refugees fled Syria’s Kobane region into Turkey. And now ISIS is close to overtaking that strategic region—yeah, those airstrikes on the Khorasan Group, aka Al Qaeda Not-on-the-Run, are working great, General Obama—erecting its flag over the region, while reportedly closing in on Baghdad’s Green Zone. The Kurds, not surprisingly, are placing the blame for the loss of the territory squarely on the shoulders of one Barack Hussein Obama. 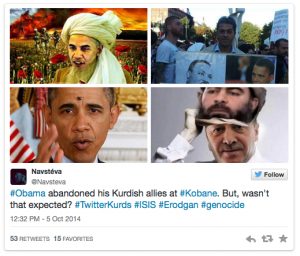 If the shoe fits…

But that’s not the only disturbing news emerging from the conflict. As expected, the porous border between Syria and Turkey is not awash in only Syrian refugees, but ISIS terrorists hell bent on spreading their Death Cult to the West. Dubbed a “Trojan Horse” tactic, their plan is to carry out “devastating terrorist attacks” in Europe. From Mail Online:

“ISIS is plotting to smuggle militants into Western Europe disguised as refugees so that they can launch devastating terror attacks, according to US intelligence sources.

Encrypted communications unraveled by American military intelligence have revealed that Islamic State leaders are planning to take advantage of the ‘chaotic conditions’ on the Syria-Turkey crossing.

Relaxed border controls would allow IS militants to blend in with the thousands of genuine refugees spilling over the border in search of safety, reports International Business Times.”

And because hundreds of Syrian refugees pour into Turkey every day, ISIS fighters could easily blend right in, making their way through Turkey and into Europe unchecked, fake passports in hand, slaughtering “infidels” their single-minded goal. And given that much of Europe has embraced political correctness that tolerates the intolerable—just as the liberals in our own country are pushing so vehemently, placing us all in peril—the threat is very real. And just may cost them dearly.

Last week, we reported on the bulletin released by the U.S. Army to military personnel of ISIS’ threats to military families worldwide. This Trojan Horse operation, if proven successful, could be just the method by which to carry out those very tangible threats overseas.

In case you missed it, Leon Panetta, who somehow found his voice after leaving the Obama Administration, is warning that this fight with ISIS, and the plethora of other competing terrorist organizations, could last upwards of thirty years. And given the fact that Barry O. refuses to do everything it takes to vaporize these vile creatures into tiny shards of glass, it may very well escalate into World War III before it’s over, dragging Russia, Iran, China, and every other willing power-vacuum filler into the fray. But then, we were warned that a second Obama term would result in the very state the world finds itself in today. But political correctness (oh, and that 47% Mr. Romney cited) demanded we reelect the reactive Barack Obama over the competent candidate. And we caved. The question is: Have we learned our lesson? Or will we make the same egregious mistake, and cast our votes not for competent leadership in 2016, but for gender, and elect Barack Obama in a Pantsuit to clean up the worldwide chaos she helped her former boss create? I fear the answer.

Stay watchful. And keep your powder dry. Because the pothole-filled road, paved with liberal lies and dubious intentions, is getting bumpier by the hour.