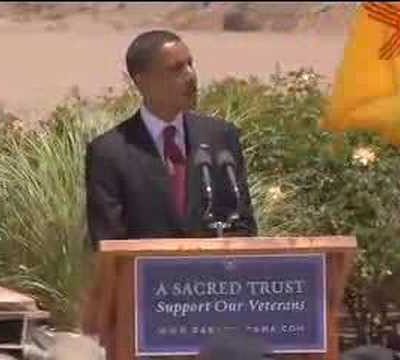 Obama also spoke about his uncle, who was part of the American brigade that helped to liberate Auschwitz. He said the family legend is that, upon returning from war, his uncle spent six months in an attic. “Now obviously, something had really affected him deeply, but at that time there just weren’t the kinds of facilities to help somebody work through that kind of pain,” Obama said. “That’s why this idea of making sure that every single veteran, when they are discharged, are screened for post-traumatic stress disorder and given the mental health services that they need – that’s why it’s so important.”

I guess the question would then be who his uncle fought for when he was liberating Auschwitz — because it was liberated by the Soviets. Was Obama’s uncle fighting in the Red Army, then?

What’s odd about this is that it is such an egregious lie. I just don’t understand, though, why Obama even felt the need to make it up to begin with. His uncle served in WWII — was that not honorable and admirable enough for him? Was it not glamorous enough to fit into his political posturing? There was no need to reinvent his uncle’s military service. He served his country in one of the longest, bloodiest, and toughest wars this country has ever fought. What purpose did it serve to lie about what he did?

And if it wasn’t a lie — as in, he honestly believed that his uncle liberated Auschwitz — well, that just kind of makes him an idiot, doesn’t it? I mean, he went through so much education, and never learned the basic facts of what happened in Europe during WWII?

Hat Tip: The Purple Avenger at Ace of Spades