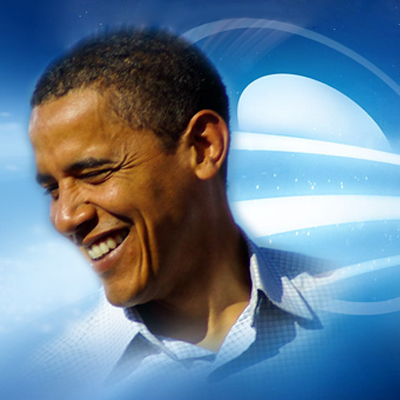 Obama decided to opine about the current illegal immigration issues this country is facing. According to his brilliance, it’s the GOP’s fear of people of darker shades that is the problem.

Former President Barack Obama said Sunday that the Republican Party is standing in the way of immigration reform and embracing rhetoric that is dangerous for the country.

“Right now, the biggest fuel behind the Republican agenda is related to immigration and the fear that somehow America’s character is going to be changed if, people of darker shades, there are too many of them here,” Obama told moderator Gary Acosta, the co-founder and CEO of the National Association of Hispanic Real Estate Professionals.

Yes. He really went there. Then again, Obama is the great community organizer with a history of divisiveness, so why would this be new?

Here’s the problem with this. It isn’t the SKIN COLOR we are worried about! It is the rampant unchecked illegal immigration into this country that is helping cause a major increase in crime, overwhelmed resources, a fentanyl crisis, and much more.

BREAKING: It’s official. For the first time, migrant encounters at the border have surpassed two million in one year.

That’s definitely NOT something to cheer about! The fentanyl crisis is a very big issue, yet Obama is here to inform us that the GOP is so damned fearful of people of different or darker shades, so they are making mountains out of a molehill while being racist about it.

Is Eric Adams as supposedly racist as the GOP for taking issue with illegal immigrants being bused to New York City?

The deal — which sees the city embrace as many as 200 new arrivals a day — also came as Adams repeatedly blamed the ongoing influx of migrants for overwhelming the city’s shelter system, which he said Wednesday was “nearing its breaking point.”

Officials in El Paso, Texas, began sending migrants to New York City on Aug. 23 while trying to deal with a flood of asylum-seekers that one local pol has said created “a scene that you would see in a third-world country.”

Oh. Wait. Never mind. It’s ok that Adams is taking this tack. Why? Because he’s coordinating with the Democrat mayor! Yet, since Governor’s Abbott and DeSantis are busing and flying illegals around the country to Democrat strongholds or the tony elite haven of Martha’s Vineyard, Obama is insinuating that they are racist. Any member of the GOP who doesn’t want illegals in their backyard are the ones who are FEARFUL of people a different skin color.

That’s the supposed argument Obama uses. Why? Because if he would speak to the reality of the immigration issues, he’d have to admit that Biden’s current immigration policies are beyond “messy.”

Is AOC part of that GOP racism? She’s staying super quiet about Eric Adams putting up a major immigration tent city in her district, but insists that moving illegals to blue states is a crime against humanity. So, does that make HER fearful of people with darker shades of skin color??

What about all the elites and townspeople of Martha’s Vineyard themselves? I mean the vast majority of them are of the white skin color. Yet those 48 illegal immigrants were moved forthwith to a military base instead of being given aid and comfort in town. Hey, Obama. Does that make THEM racist? Or is it just the GOP whom you’ll paint with that brush?

Can the 4.5 MILLION illegal aliens who’ve crossed the border under Biden be sent back?

Or is that just for rich Leftists on Martha’s Vineyard who the only time they're willing to see an immigrant is if they want someone to mow their damn lawn?

That’s the hypocrisy of the Left! pic.twitter.com/XXAW2a4bAr

Obama tacitly blames the GOP for the current immigration problem. The GOP, according to Obama, fears people of darker shades and wants to keep the United States as white as possible.

"But for the love of God, keep them away from my estate in Martha's Vinyard" https://t.co/nCaESMkL6R

Indeed. But you see, it’s ok to point the racist finger at the GOP. Obama not offering help, resources, or his home to those 48 Venezuelan immigrants is perfectly fine. He’s not the racist one here because REASONS.