Next post
#NYPD: New York Yankees to Pay for Education of Children of Murdered Officer Ramos

Yesterday two NYPD police officers were gunned down. The families of Officer Rafael Ramos and Officer Wenjian Liu are understandably devastated, and the NYPD is justifiably angry. Meanwhile we have those who would step up and do their best to exploit this horrific tragedy for their own ends. Yes, you guessed it; cue Mr. Al Sharpton in his never-ending quest for the limelight. Alyssa Zauder at PIX 11 writes:

In a statement released Saturday night, Sharpton said he spoke with the Garner family regarding the shooting.
“Any use of the names of Eric Garner and Michael Brown, in connection with any violence or killing of police, is reprehensible and against the pursuit of justice in both cases,” the statement said. “We have stressed at every rally and march that anyone engaged in any violence is an enemy to the pursuit of justice for Eric Garner and Michael Brown… The Garner family and I have always stressed that we do not believe that all police are bad, in fact we have stressed that most police are not bad.”

“Most police are not bad.” That’s quite the backhanded compliment from Sharpie! I’m sure that makes every police officer feel all warm and fuzzy inside, right? Yeah, I didn’t think so. Especially since Al Sharpton has a history of saying just the opposite when it comes to discussing police officers. Exhibit One: The Tawana Brawley case. Good ole Sharpie was one of her attorney’s on the case. He named a cop and a local prosecutor as two of her attackers, accused without evidence veteran prosecutor Jack Ryan of kicking a blind man (Ryan was nowhere near that incident), and compared a State Attorney General to Hitler. Sadly for Sharpton, it was determined that the entire case was a hoax and Al Sharpton had his law license revoked. Stuart Stevens at The Daily Beast tells us that Sharpton is still clinging to his narrative:

The Times documentary shows a wild-eyed Sharpton responding indignantly to a reporter’s question of what proof he had of the policeman’s guilt: “I have Tawana Brawley’s words,” he sneers.
Instead of apologizing, Sharpton still asserts, a quarter century later, that he deserves credit for standing by the teen, asserting darkly in the Times documentary, “something happened.”

How about Exhibit B: The Freddy’s Fashion Mart tragedy. A dispute over rent turned into a racial dispute that escalated in part due to Al Sharpton’s involvement in furthering the protests. The protests began in August of 1995 and led to the tragic deaths of seven people on December 8, 1995 when the store was set on fire. To this day Al Sharpton claims he was only there to mediate and the anti-Semitic rhetoric on his radio show had nothing to do with what happened at Freddy’s that December night.  And if you believe that, there’s some swampland in Siberia I can sell you.

Those are just two of the many times where Al Sharpton has done his best to get in front of a tragedy for ratings and to exploit a family for his own ends. The Eric Garner and Michael Brown cases are the most recent examples of this. Each time he prances, preens, preaches, and pontificates.  Then, when there is nothing left to squeeze out of that particular lemon, as with the Zimmerman case, he quickly abandons the cause and finds someone or something else to exploit.

In spite of all the times that he’s been proven wrong, Sharpie still gets camera time. This morning he got some more media visibility with the willing help of Eric Garner’s widow, Esaw. According to Colleen Long and Jennifer Peltz of AP’s Big Story:

The Rev. Al Sharpton said Garner’s family has no connection to the suspect and denounced the violence. He also said there is no place for angry rhetoric that blames protesters or New York City Mayor Bill de Blasio.
“We are now under intense threat from those who are misguided,” he said. “From those who are trying to blame everyone from civil rights leaders to the mayor rather than deal with an ugly spirit that all of us need to fight.”
Sharpton told The Associated Press that he’s considering tightening his personal security after receiving nine messages threatening him — all within hours of the shooting.
He then clicked on his cellphone and played one message in which the male caller used the N-word to address the preacher, followed by a stream of four-letter words used to describe protest actions Sharpton has led against police-involved deaths of unarmed blacks.
“There are those of us committed to nonviolence and making the system work,” Sharpton said. “And there are those committed to anarchy and recklessness who could care less about the families of police or the families who have raised questions about police accountability.”

Did you catch that? He provides one or two sentences telling the world that he denounces the violence against cops. DENOUNCE??!! That’s a pretty mild word to describe the assassinations of two good police officers. But you see, that is not how Sharpie rolls. Instead the rest of the press conference was all about him. It seems that he’s been getting threats from people. Nine threats and the world is coming to an end.

Guess what Al ole pal.  What happened yesterday to those two police officers is NOT about you.  I quite frankly don’t care about the nine threats you are having to deal with.  I care about those police officers, their families, the NYPD, and cops around the country.  You sir, are paying lip service just so you can look important. Whether you like it or not, your actions and words have played a part in the events and protests that led up to this horrific tragedy. In fact, you are a shameless attention hogging, tax-dodging, inflammatory race-baiting BUFFOON. You are the very last person who should have an opinion about two cops being assassinated and you need to Just. Shut. Up. 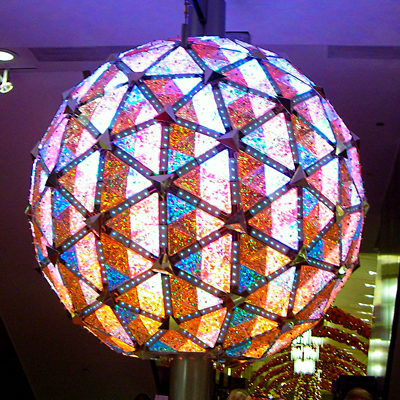