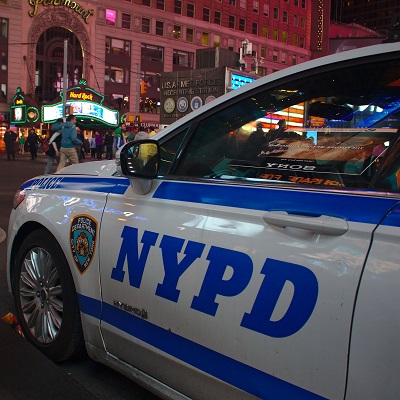 by Shelby Gallagher in Everything Else 2 Comments

Barely three weeks into his new post as Manhattan District Attorney, Alvin Bragg, is in trouble and seeking help getting out of the steaming pile of poo he created on Day One. Now, he’s hiring a leftie pubic relations firm to help him polish the pile of turds.

What were the policies? Advising his staff not to prosecute low-level crimes and lower felonies to misdemeanors. The same policies that have been enacted all over large cities with great success for criminals.

There is a price to be paid for announcing you will essentially not prosecute crime. The memo went out to his staff, and the fur has flown since.

First in line, the police unions are ticked off.

Second, his staff didn’t say anything; they simply quit. In droves.

“Bragg’s controversial ‘Day One’ memo issued on Jan. 3 told assistant district attorneys to not seek prison sentences for many criminals and to downgrade some felonies to misdemeanors…Over the past two weeks, at least nine lawyers have quit.”

Neighboring Queens Democrats asked about Bragg’s policies have no idea who Alvin Bragg is but are super proud of crime reduction in their borough. Alvin Bragg? Alvin Bragg who?

Three weeks into his run as DA, there are already petitions calling for his resignation.

The tragic crimes have begun under Alvin’s watch. Manhattan residents have every right to be worried there will be justice this victim from this last weekend,

“…a man walked up to a 40-year-old woman waiting for the subway in Times Square on Saturday morning and shoved her to the tracks as a train screeched into the station, killing her, the police said.”

Or this death, under Bragg’s policies, would be lowered to a misdemeanor.

On Saturday, the NYPD Sargeant’s Union busted Manhattan DA Alvin Bragg for leaving out a violent threat made against employees in order to downgrade charges to shoplifting.

Now, a day later, an armed robber has killed a Harlem teen at a Burger King. https://t.co/SUe8SgAw4R

You know Bharara. The former US Attorney who Trump sacked in 2017. You know, the US Attorney who was investigating the Clintons, and look where that got us. Nowhere. This begs the question, why is Alvin Bragg reaching out to him? No idea. He’s a lawyer.

Risa Heller is the darling public relations guru that must polish the turd that Alvin Bragg has left for Manhattan citizens to live with. Her qualifications?

“[Heller is] a communications and public affairs consultancy based in New York City specializing in advising companies, organizations and individuals with high-profile and highly-public issues management challenges. Heller has served… as communications director to US Senator Charles Schumer, she served as his chief media strategist and senior spokesperson and moved on to serve in a similar role for New York State Governor David Paterson.”

Here’s the main problem Alvin Bragg faces. He just declared low level crimes no longer a crime. This is Manhattan. Where the museums, Central Park, Empire State Building, and everything iconic New York is that tourists flock to. Or used to after the “Day One” edict is in full force.

Manhattan residents have read headlines where other cities tried the same stunt Alvin Bragg just announced; allowing crime to prevail. In Los Angeles, homicide rates went through the roof in 2021. Fun fact, the LA District Attorney had just declared at the close of 2020 he wouldn’t prosecute low level crimes.

It’s the same story repeated in Baltimore, Philadelphia, Denver, and who can forget Chicago. Chicago has given up on prosecuting murderers thanks to a woke bail reform policy.

No matter the spin Alvin Bragg’s darling PR person whips up or the best legal advice Praheet Bharara can conjure up, numbers don’t lie. Manhattan is going down the path of other cities.

Manhattan voters just got the wake-up call: when a Democrat District Attorney candidate spews about “prison reform” or some other word salad in fighting crime—it’s Democrat speak for “let the criminals run the place.” Manhattan voters, you saw this coming. Elections have consequences.

Manhattan will never be the same again.