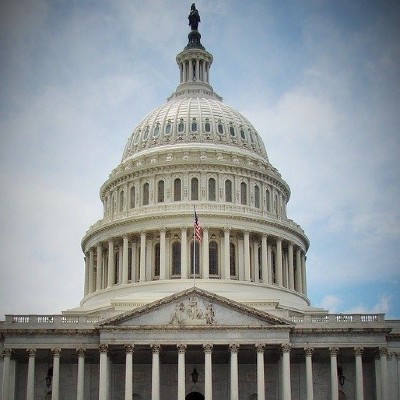 More than a month after his death, the question remains: who or what killed Officer Brian Sicknick?

Now, if you believe that the officer – who did his duty against a violent mob, and I am not discounting his service on the Capitol Police force in any way – was killed by being beaten over the head with a fire extinguisher, you would be wrong. However, that was the narrative that the New York Times published the day after Officer Sicknick died.

This particular article was published on January 8th, and originally read this way:

Mr. Sicknick was responding to the riots on Wednesday and “was injured while physically engaging with protesters,” the agency’s statement said, although officials didn’t immediately elaborate on the nature of his injuries or how he interacted with the crowd. After sustaining the injuries, Mr. Sicknick returned to his division office, collapsed, and was taken to the hospital.”

However, by the afternoon of January 8th, the archived copy reveals that the story had been updated with this particular detail:

The circumstances surrounding Mr. Sicknick’s death were not immediately clear, and the Capitol Police said only that he had “passed away due to injuries sustained while on duty.” At some point in the chaos — with the mob rampaging through the halls of Congress while lawmakers were forced to hide under their desks — he was struck with a fire extinguisher, according to two law enforcement officials.”

“He returned to his division office and collapsed,” the Capitol Police said in the statement. “He was taken to a local hospital, where he succumbed to his injuries.”

Here is the beginning of the fire extinguisher detail, and according to the article, that detail is coming from “two law enforcement officials.” That seems like attribution to a fairly solid source, right? This cause of death was therefore fully ingrained and accepted by the media at that time. As Officer Sicknick’s body was transported amid lined streets to salute him, MSNBC reporter Vaughn Hillyard makes reference to the officer being “beaten to death.” At this point, the narrative was set, and it was repeated as a fact.

That detail stays in the story until sometime around February 12th, according to the New York Times. However, the next archived time stamp is from yesterday, so we don’t actually know for certain when the change was made. We only know for certain that it got noticed yesterday. And while the NYT calls it an “update,” it’s a little more than that.

The NYT is withdrawing its original story in the slimiest and least informative way — no Editors' Note, no explanation of how it got this wrong — because it knows its readers (Dems) don't care about the truth. They liked the fire extinguisher story:https://t.co/WESk5ZRiLA

Notice how the NYT words this “update?” It’s no longer “two law enforcement officials” who gave them that detail. It’s now “officials close to Capitol Police,” and no one knows who that means! The article now says this, after the latest update:

The circumstances surrounding Mr. Sicknick’s death were not immediately clear, and the Capitol Police said only that he had “passed away due to injuries sustained while on duty.”

“He returned to his division office and collapsed,” the Capitol Police said in the statement. “He was taken to a local hospital, where he succumbed to his injuries.”

Since Officer Sicknick’s death is being handled as a homicide, it is reasonable that people would want to know two things: cause of death, and possible suspects. Autopsy results have not been released, and while speculation on what caused Officer Sicknick to collapse and suffer a fatal stroke, even outlets like CNN were saying, as of February 10th, that fire extinguisher story was completely made up.

Now, until the autopsy report is released, or a suspect is arrested, we simply don’t know how or why Officer Brian Sicknick died. Regardless of the circumstances, his service deserves honor, and his death while on duty is horrible. His family deserves to know the truth, and honestly, the country deserves to know the truth as well. It makes a significant difference to the history of January 6th if Officer Sicknick died as a direct result of the mob rioting and invading the Capitol Building, rather than collapsing and dying of something unconnected or unrelated.

What we DO know is that the New York Times decided to publish a story that specifically identified a fire extinguisher and implied that it was the tool used to murder a police officer. We DON’T know where they got that information, because they’ve changed their source attribution. We DO know that House impeachment managers repeated this detail during the impeachment trial in the Senate. We DO know that the NYT made an “update” to this story and hoped that no one would notice that they removed the most salacious detail of their narrative.

And we DO know that the New York Times, yet again, is having to print an “update” to cover for the fact that they didn’t tell the truth to begin with, or admit to it openly when they found out it wasn’t the truth. Asking honest questions about the death of Officer Sicknick doesn’t lessen the honor of his service. The New York Times, by publishing a loosely sourced or unsourced rumor about a potential cause of death, DOES take another hit to their integrity. And they really don’t have any to spare.