Next post
George Washington Deserves Our Thanks, Not Our Cancellation 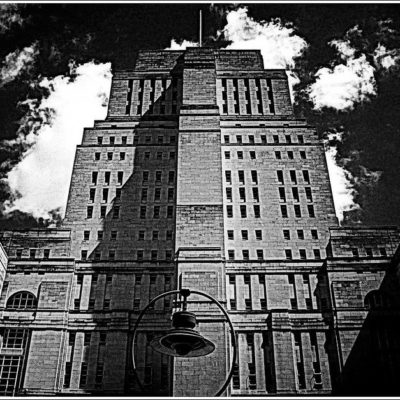 What sounds like a good idea to some Democrats? Ask California’s Sara Jacobs. The freshman representative told Brian Stelter that a “truth commission” was needed to “move forward” with a “common narrative”.

“So, I think part of what we’re seeing now is because we haven’t really done the reckoning with the racial injustice and white supremacy of our past that we need to do. And so, you know, a truth commission, a lot of people will think of South Africa. We’ve used them in countries around the world,And basically, what it is, is it’s communities all the way up to the national level having conversations about both the gory and the glory of our history and what happened, both throughout the history of our country and leading up to and on January 6th, so that we can come to a common narrative moving forward of what we want our country to be.”-Sara Jacobs

How very Winston Smith of you, Ms. Jacobs. Jacobs cites South Africa as a (successful) example of this. South Africa. Stay with me here. Is this a good example?

It's amazing how Orwellian it sounds once you drop the 'reconciliation' part of the original South African 'Truth And Reconciliation Commission'.
I guess she wants the civil war first before there's any reconciliation talk.

Jacob’s argument for her “ministry of truth” stems from the violence at the U.S. Capitol on January 6th. This was all Trump’s fault and he needs to be held accountable, is how her narrative goes. With a “truth commission” to investigate this, and control the narrative of what happened.

Look, we all were victims of this attack in addition to being the lawmakers of this country. And I know for a lot of this, this is very personal. We’ve had threats to our lives, threats to our homes and our families. So I think there are a lot of us who know that this impeachment trial was just the start of holding Donald Trump accountable, but that we need to make sure that we’re doing a accountability of anyone who incited, encouraged or committed acts of violence and then really looking forward at kinds of things like truth commissions, like democracy, like institution building that we know are going to be the real fixes to what we have seen in this country.”-Sara Jacobs

Jacobs isn’t the only individual throwing around this Orwellian concept. Our friends at Wired made the argument for it as well.

Is it really so crazy? The EPA protects our environment, the FDA protects our bodies, the DHS protects our borders. In the era of indistinguishability, difficult choices will need to be made in order to protect our minds. When the fakes come for you and yours—when, for example, your adolescent child is deepfaked by an internet bully—you might want a Ministry of Truth that actually lives up to the name, that doesn’t falsify but certifies the truth, that assertively stamps its authority atop fake videos: ‘This content is not real.’ American history includes no shortage of necessary (if at first uneasy) interventions, in which citizens trade some degree of individual autonomy for collective peace of mind: ‘FDA-approved’ food and drugs; ‘MoT-approved’ audio and video.”-Josh Wilbur, Wired

So, where, pray tell, will this “commission” on “truth” come from? No doubt, cherry-picked officials of like minds will head up this task force. Any opposition to the narrative they want to control will not be tolerated. Off to the gulag you go. They will control what is “real” and what isn’t. They will “approve” news articles for your viewing, history lessons for your student, and distribute the information accordingly. They will protect “misinformation” on websites (but will continue to not possess the tech chops that would prevent your children from stumbling upon porn online). They will assert, with the iron fist, what is fiction and what is truth. They will protect your mind, all you have to do is sacrifice a wee bit of autonomy. Trust the ministry-err-uhh-commission, they will say. They will take care of things. They will control things so that your fragile little minds will not spontaneously combust.

In a culture where our youngsters are encouraged to live their “truth”, even though their “truth” is deeply-rooted in feelings and emotions and not facts, having a “commission” on “truth” may seem like a stellar idea and a fundamental imperative to shaping our country into the idealistic utopia that it could never be. Despite “protecting” our children with fictitious notions, they now want the truth? How wonderful it would be if we had leaders, who spoke fluent Newspeak to include key buzz words, unlike that 45th President-Emmanuel Goldstein-err-I mean-Donald Trump! How wonderful would it be to have who were accountable leaders, right? Leaders who did not encourage violence. Leaders who made our world a better place. Leaders who will “educate” on moral rights and wrongs.

Dems would score an own goal.
This 👇🏻would be included pic.twitter.com/4gHtkaCQYP

Who will combat the “deep fakes”? The “heroic” people you see above and any one they deem as loyalists will. In a year where the “truth” was all over the place, the American people are to trust these people who are currently in office with the truth? They have controlled the media narrative. And they will not stop until they have more control. Our news media-print, online and broadcast-have manufactured fear and hatred and division among us. They have taken One Nation, Under God completely out of the equation and replaced Him with bright, shiny distractions to whom some of our kids look up to and who recite these chosen political ideologies verbatim. If the bright, shiny, beautiful distractions fall out of compliance, they get canceled. They don’t sell records. They don’t get publicity. They do not grace magazine covers. Their careers are as good as dead.

I think we need to look at far right media, which I know, Brian, you have been such a leader on calling out. And also the role of social media and the whole ecosystem of social media where the kinds of information and the kinds of posts that get the biggest reactions are the ones prioritized by their algorithms.”-Sara Jacobs

What far-right media, Jacobs? I think we need to look at the far-left media, too. You know, the ones who are stronger in numbers who controlled the narrative for a better part of a year now? What say you? Next up…the Thought Police. Welcome to Oceania! We’re hovering over at about 20,000 feet making our descent.