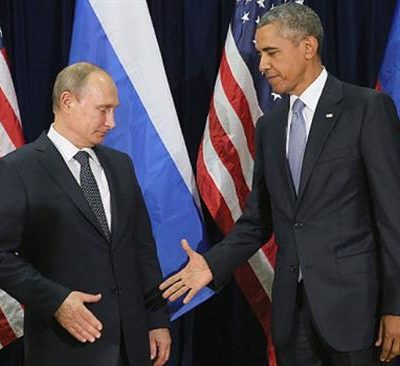 Previous post
Who Is In Charge Of Syria? If You Guessed Putin You Are Correct

Netanyahu Shames The United Nations With Powerful ‘Speech Of Silence’

Next post
With No Information, White House Calls For Gun Control After College Shooting

Netanyahu Shames The United Nations With Powerful ‘Speech Of Silence’ 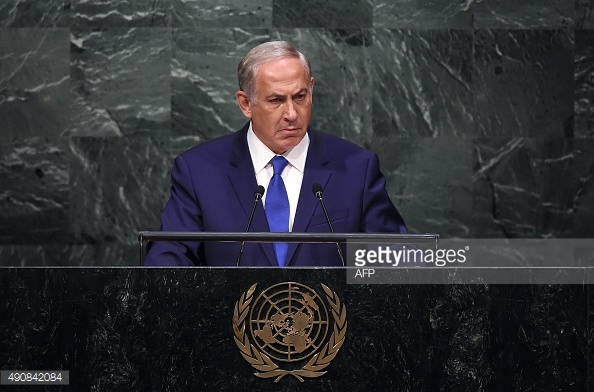 The United Nations was read the riot act today. And rightfully so. Israeli Prime Minister Benjamin Netanyahu took them to task in his hard hitting speech. 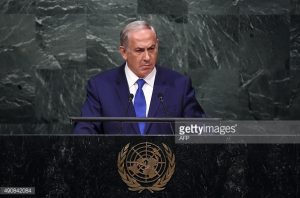 You can find the full text here.  This speech was, by far, one of his most powerful. He outlined very clearly why the Iran deal will be disastrous for all of us.

“Iran is setting up dozens of terror cells,” Netanyahu said. “Imagine what they will do after the sanctions are lifted.”

“Unmuzzled,” Iran will “go on the prowl, devouring more and more prey,” he said.

In the wake of the nuclear deal, Netanyahu remarked, Iran is spending billions on weapons and satellites.

“Do you think Iran is doing that to advance peace?”

I know the answer to that. And it is a resounding NO. Yet there are many who refuse to listen. They refuse to understand that the very “best intentions” won’t always stop the worst from happening.  In fact, members of our own Administration, Secretary of State John Kerry and Ambassador Samantha Power, childishly pointed that out by refusing to attend his speech. The United Nations, and far too many others are also willfully ignoring the other elephants in the room. Or are aiding and abetting the elephants by their actions. Which are those? First, its the U.N.’s continued bashing of Israel:

The resolutions by the U.N. are willfully one-sided:

Netanyahu slams UN at the #UNGA for obsession with Israel, then proves it pic.twitter.com/8VbJLWpgu5

What elephant is that? It is Iran’s continual threatening of Israel itself.  William A. Jacobson at Legal Insurrection captured the most powerful moment of his speech.

Full disclosure I’m a fan of Israel and of Benjamin Netanyahu in particular. I have to tell you, that 45 seconds of silence raised the hair on the back of my neck.

Stand with Israel because Israel is not just defending itself. More than ever, Israel is defending you.

Prime Minister Benjamin Netanyahu was absolutely right to stand up and shame the United Nations into silence. Israel stands at the tip of the spear always ready to defend us all. Always ready to be civilization’s first and last line of defense against barbarism. We should stand with Israel or reap the consequences.