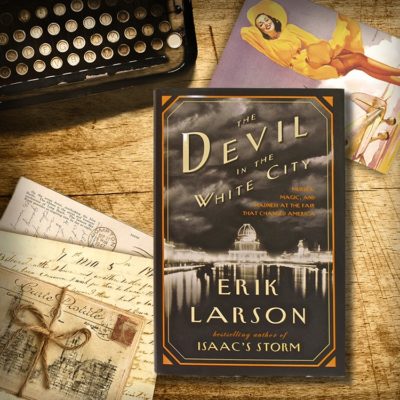 Previous post
From the VG Bookshelf: The Devil in the White City 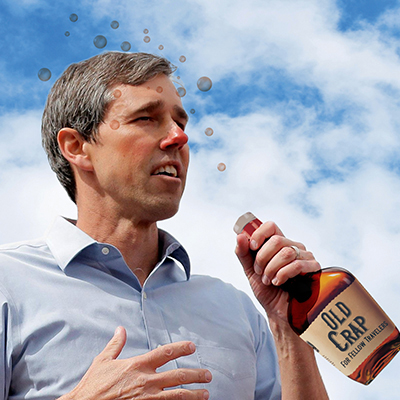 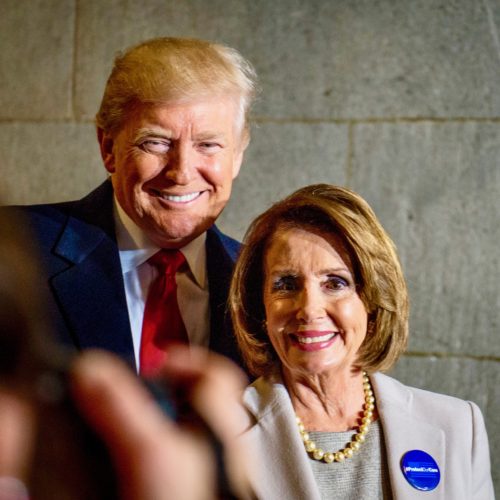 Nancy Pelosi is here to tell you that putting the citizenship question on the census means Trump plans to “Make America White Again.” Yes, she said that and more.

“House Speaker Nancy Pelosi on Monday blasted President Trump’s push for a citizenship question on the 2020 census as an effort to “Make America White Again” — claiming, “it’s not what our founders had in mind.”

“They want to make sure that people, certain people, are counted,” Pelosi said at a press conference in San Francisco that focused on election security.

“Just their people vote and not the general population,” said the Democratic lawmaker. “That’s why they’re fighting the census.””

First of all, what in the wide world of tinfoil was that word salad?? Secondly, the citizenship question for the upcoming census is necessary. It is one of the very specific ways to determine the number of LEGAL citizens in the United States.

Third, her word salad is discriminatory and quite frankly, racist. She states that only ‘certain people’ will be counted and that just ‘THEIR’ people will vote.

Does she think only white people are citizens? https://t.co/X21GOGO6nx

No, Nancy, what you are actually saying is that you want everyone counted regardless of their actual citizenship in this country because VOTES and FUNDING!

As Narcissi pointed out, blocking the citizenship question truly is about votes, money…and the Electoral College.

“California, with its large immigrant communities, would be disproportionately harmed by depressed participation in the 2020 census. An undercount would threaten at least one of California’s seats in the House of Representatives (and, by extension, an elector in the electoral college.) It would deprive California and its cities and counties of their fair share of billions of dollars in federal funds.”

If the citizenship question is allowed to stay on the census; there is a strong possibility that Democrats will lose a seat or two in places like California or New York and the Republicans will gain seats. That must not be allowed to happen! Hence Nancy’s word salad yesterday with quite the racist slam against Trump and legal citizens everywhere.

You see, it isn’t just WHITE people who want the citizenship question on the census.

“A Harvard University Center for American Political Studies/Harris poll found that 67% of all registered U.S. voters say the census should ask the citizenship question when the time comes. That includes 88% of Republicans, 63% of independents and 52% of Democrats.

Most notably, the poll found that 55% of Hispanic voters favor the idea.

Also in agreement: 74% of rural voters, 59% of black voters, 58% of urban voters and 47% of voters who backed Hillary Clinton in 2016. At 44%, liberal voters were the least likely to favor the citizenship question.”

Harvard/Harris polling isn’t just any old poll either. So those results carry weight.

The Washington Post tells us the sky will fall if the question is included.

Lots of Chicken Little going on there. It’s obvious that the Democrats want all the power they can grab. Keeping the citizenship question OFF the census is one way to do so.

Even the folks at the Census Bureau have gotten into the fear-mongering game.

“Experts at the Census Bureau believe the question would likely discourage immigrants from taking part in the data-collecting survey.”

Paging the Census Bureau … the citizenship question would probably discourage ILLEGAL immigrants from filling out the census. And, quite frankly, I’m fine with that.

The Democrats want us to believe that this question is a brand new thing. However, it isn’t. 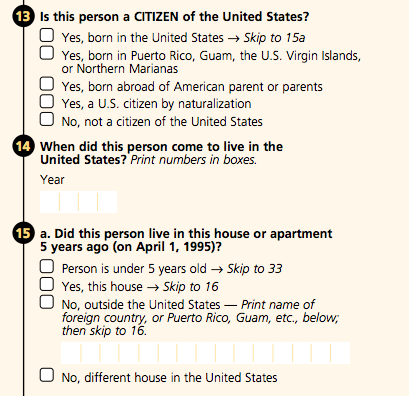 Well gosh, where did that come from? Why, it’s part of the 2000 Census long-form questionnaire! Who was President then? Some guy named Bill Clinton. I filled one out just like it then, so did the rest of us and no one was squawking about it. But you see, THAT WAS DIFFERENT because a Democrat was in charge.

Nancy, asking if one is a citizen or not on the Census isn’t about Trump nor will the results ‘make America white again.’ It’s about counting LEGAL American citizens. You know that but you went ahead anyway with that vicious slam against Trump.