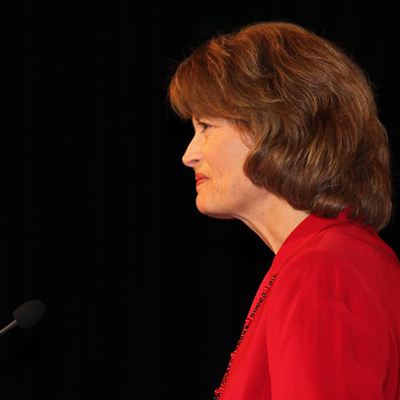 While President Trump was criss-crossing the country on Saturday, campaigning like an Energizer Bunny, Sen. Lisa Murkowski made her own big announcement: she will vote to confirm Amy Coney Barrett to the Supreme Court. She had held out for several weeks, but finally the Alaska senator gave in, perhaps impressed by ACB’s qualities. Or perhaps not. It all comes down to politics, you know.

Speaking from the Senate floor during a rare weekend session, Murkowski said she had no “doubt about her intellect . . . judicial temperament. . . or capability to do the job.” Therefore:

“I have concluded that she is the sort of person we want on the Supreme Court.”

That leaves Sen. Susan Collins of Maine as the lone Republican holdout. She objects to Judge Barrett’s nomination because it’s too close to the election, she said in a statement.

“Because this vote is occurring prior to the election, I will vote against the nomination of Judge Amy Coney Barrett. To be clear, my vote does not reflect any conclusion that I have reached about Judge Barrett’s qualifications to serve on the Supreme Court.”

Ah, but you know there’s more to this story: Collins, a moderate, is facing a tough re-election bid. The sad fact is that while our Congresspeople should be voting according to their consciences, they tend to vote according to their polls. Too often political tea leaves have more of an impact than integrity. 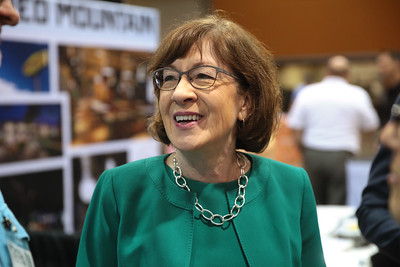 Lisa Murkowski, however, isn’t up for re-election this year. Yet she voted with Collins on Friday against moving the Senate towards a confirmation vote, arguing that the nomination was too close to the November 3rd election.

But Murkowski did meet with Judge Barrett earlier in the week, and had nothing but praise for her.

“While I oppose the process that has led us to this point, I do not hold it against her as an individual who has navigated the gauntlet with grace, skill and humility.”

Well, of course. Who wouldn’t find Judge Barrett’s skills and demeanor to be most impressive?

Democrat members of the judiciary committee held a temper tantrum on Thursday, when that committee met to decide whether to advance Barrett’s nomination to the floor. Instead of attending, Democrat members boycotted the meeting. They placed cardboard cut-outs of constituents with health issues whom they claimed would suffer if Judge Barrett became Justice Barrett. Outside the Capitol, women wearing the clichéd Handmaid’s Tale garb paraded in protest.

Ah, cardboard cut-outs and women in silly costumes. So profound. So dignified.

However, Democrats were back on Capitol Hill on Saturday, trying to derail the Republicans. They called up a series of Democrat bills, including a House coronavirus spending measure and the Violence Against Women Act. Minority Senate Leader Chuck Schumer blustered:

“We meet here on a rare Saturday session because there’s nothing, nothing remotely normal about the Republican drive to confirm Judge Barrett, to the Supreme Court.”

Blah, blah, blah. You know that if Democrats were in charge they’d forge ahead on a confirmation vote for their nominee. You also know what all these shenanigans are really about: to stir up the leftwing base and make sure they turn out at the polls in the upcoming election. As Sen. Ted Cruz said about Thursday’s boycott:

“The boycott today, frankly, is a stunt to appease the left-wing, activist base that’s angry.”

But now there’s nothing they can do to stop Amy Coney Barrett’s confirmation; the vote will come on Monday. And, with the addition of Sen. Murkowski, the final vote tally will be 52-48 for Judge Barrett. So Judge Amy Coney Barrett will become Justice Barrett next week.

How sad that politics interfere with the ascension of such a stellar person as Amy Coney Barrett to the highest court in the land. But this is where we are now. A pox on Democratic stunts. We’ll take Sen. Murkowski’s vote for the win, no matter what her motivations are.