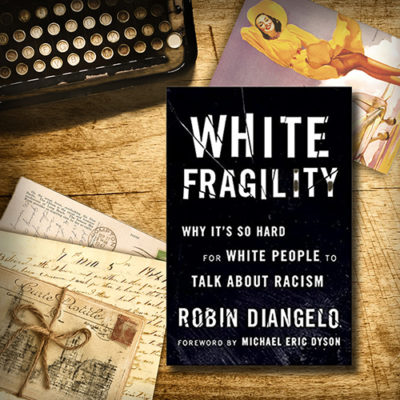 The Democrats are a party divided. Led by the likes of Bernie Sanders and Alexandria Ocasio-Cortez, one part of the party wants to shove us all, kicking and screaming, into the socialist “utopia”. Then there is the old guard, the “moderates” who want the same thing but are smart enough to understand most of us won’t go quietly into the night. Especially if it is a night of very long knives stuck in the back of our freedom. And, after earlier primary results showed the progressives gaining momentum, yesterday’s results brought that to a screeching halt in the form of John Hickenlooper and Amy McGrath.

Hickenlooper, once governor of Colorado, former presidential wannabe, decided to run for the Senate after figuring he didn’t have what it took to claim the 2020 presidential nomination. His race turned into a classic moderate vs. liberal battle. His opponent, Andrew Romanoff, fielded support from liberals around the country. Hickenlooper quickly became the establishment candidate, receiving support from “national Democrats who thought he would be the strongest candidate to run against the vulnerable” sitting senator, Republican Cory Gardner.

Anyone with knowledge of Colorado politics assumed the former governor would win the nomination. However, with the push liberal candidates around the country were receiving from the likes of Bernie Sanders and Alexandria Ocasio-Cortez, it wasn’t a foregone conclusion. It became more of an issue when Hickenlooper began doing his Biden imitation.

The state ethics commission held him in contempt for defying a subpoena to appear at a hearing over a complaint against him, and found that he had violated the state’s gift ban while he was governor by accepting rides on a private jet and in a limousine.”

And he was the best candidate to go against the sitting senator in the eyes of Democrats in Cali East.

Tuesday’s victory is a win for the Democratic Senatorial Campaign Committee and the Democratic Party’s establishment, which convinced a reluctant Hickenlooper to run for the Senate seat, believing him to be a safe bet to beat Gardner.”

This makes one wonder the old time Dems really feel he is the best candidate or if, in a fit of pique at AOC and others, this is one of their last ditch attempts to hold onto power within the party. November will tell us if the establishment Dems were right and Hickenlooper was the best candidate to take the Senate seat back for the Dems or if Romanoff was right when he said “Hickenlooper would ultimately fail to excite liberal voters and that his ethics violations would weaken him against Gardner.”

Here he is after being declared the victor. You decide if he is enough to rally the Dems in the state or not. Here’s hoping he is not. But this is Cali East we’re taking about so it will take conservative and libertarian voters in the state showing up to the polls to keep him out of the Senate.

The second candidate to buck the growing trend of liberal candidates defeating establishment Dems was Amy McGrath from Kentucky. A retired Marine Corps fighter pilot, she ticked all the right boxes for the mainstream Dems in the state. Military. Moderate. Female. Able to raise a well-funded campaign chest. In other words, someone who might have a chance against Mitch McConnell in November.

Unlike Hickenlooper and his wide margin of victory, McGrath narrowly defeated her opponent, Charles Booker. But, like the former governor, McGrath took the moderate road, appealing to long term Democrats while Booker aligned himself with the protests against police these last few weeks.

(As an aside, this election pointed to another problem we have to consider going into the November election. The left is pushing for mail in ballots on a large scale. It has taken a week to count the ballots in Kentucky. Think how long it would take to count and certify ballots on a national scale if the Dems have their way and the push goes to mail-in ballots instead of in-person voting.)

As for McGrath, for the people of Kentucky–not to mention this nation if she is elected–need o pay close attention to her campaign going forward. She had this to say after being declared the Democratic winner:

There is no doubt that Charles tapped into and amplified the energy and anger of so many who are fed-up with the status quo and are rightfully demanding long overdue action and accountability from our government and institutions,” McGrath said. “Sadly, our system is broken. We need to elect people who will have the courage to meaningfully tackle the socioeconomic, legal and educational inequities that continue to prevent true equality in our country.”

In other words, let’s bend a knee to the mob, whether the demands are reasonable. All because you want their vote in November. The only thing for certain is she might possibly get the backing, or at least the lack of attack, from Sanders and company come the election if she maintains this stance.

Not that this should surprise anyone. We’ve seen the Biden campaign bend over backwards to “work with” the Sanders people. Sanders and AOC are advisors to the former vice-president. This despite the fact Jill Biden says her husband is a moderate. We’ve seen AOC actively campaign against sitting Dems because they aren’t liberal enough for her. She and her gang of socialist sisters make Bernie look like a doddering old grandfather. And all are dangerous to the future of this country.

The question becomes what candidates like Hickenlooper and McGrath will do with regard to the more “progressive” members of the party. Will they remain true to their more moderate supporters, the ones who helped elect them or will they bend a knee and trade their values for the liberal vote?

While it is easy to sit back and enjoy the schism that seems to be forming in DNC and among Dems on the Hill, we can’t get over-confident. They are united in one thing, one very important thing: driving Donald Trump out of the Oval Office by whatever means necessary. That includes putting up moderate Dems who might appeal to the Never Trumpers.

So cheer for the schism but don’t take your eyes off the prize: maintaining control of the Senate and the Oval Office.