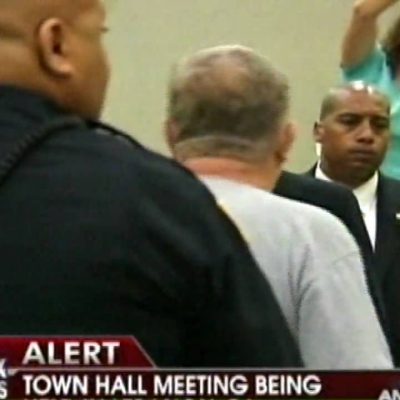 Next post
And This is Why Selfish People Should Not Procreate 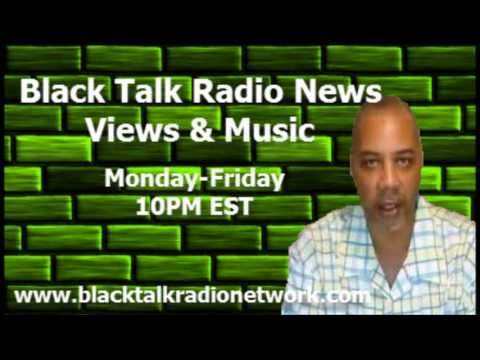 It’s no surprise to anyone who uses social media that it’s a prolific tool for crazy people to act out. Last week, Cassy did a blog post about Libs on Twitter smearing Paul Ryan as a Rapist. Now we’re seeing Twitter users – lots of them – who have threatened to assassinate GOP presidential nominee Mitt Romney if he beats Barack Obama on November 6th.

Our national election is just a little over 3 weeks away now, and the Crazies on Twitter seem to be posting their garbage with impunity. Are the hipsters simply trying to be cool or outrageous? Maybe. But what if one of them really means it? Here are just a few threats that Twitchy has documented:

@Lilsprings
If Romney becomes pres ill assassinate him myself!
13 Oct 12

@HardHittaTr3
I swear if Mitt Romney becomes president, I’m gonna be the one to assassinate his ass!!!
14 Oct 12

@Freakadroid_
Me: If romney win we back to the cotton field Mother: shidd , Somebody better kill that motherfucker Me: Same Thing I was saying lmao
14 Oct 12

@alice_complex
Someone please kill Romney and save us all (the world) from his bullshit. Thanks.
14 Oct 12

Ignorant – and clearly most of them went to government school.

Threats from either side should be fully investigated. It only takes one idiot to change the course of history. But these threats against Romney have been going on for some time now. The Twitchy Team documented more death threats here and here. For some reason, Twitter seems to ignore would-be leftist assassins, yet loves to suspend the accounts of conservatives.

The Left is completely unhinged these days.

Seriously? Is the Secret Service paying attention? And Twitter? Deal with your morons. 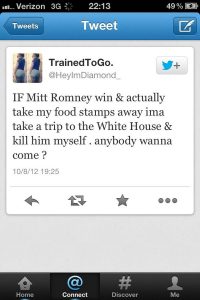