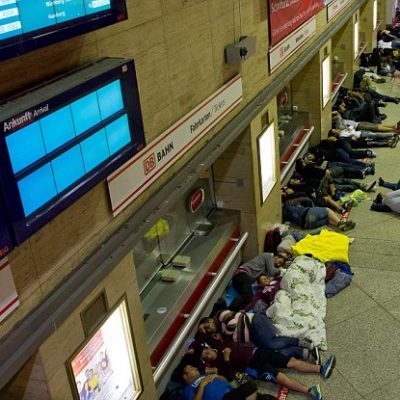 At least two Mexican nationals are among the 12 dead, and 10 others were wounded when Egyptian security forces engaged a tourist convoy that was in the Egyptian desert.

The Egyptian ministry said that police and armed forces were pursuing terrorist elements in the area and fired on four cars that turned out to be carrying tourists. The ministry said the victims were Mexican and Egyptian.

The Egyptian forces have recently been engaged with fighting off ISIS-backed forces in the western desert area of Egypt, and unfortunately, the area is also popular with tourists. And Egypt’s interior ministry also commented that these tourists may have been in the wrong place, period.

The tour company involved “did not have permits and did not inform authorities,” said Rasha Azazi, a spokesperson for the Egyptian Ministry of Tourism, adding that any trips to the Farafra area are required to be cleared by officials.

“They were not supposed to be there,” she said, but could not provide further information on the circumstances of the shooting.

Mexico’s President Enrique Pena Nieto condemned the incident and said he had “demanded an exhaustive investigation by the Egyptian government”.

In a statement, it said Mexico’s ambassador in Egypt, Jorge Alvarez Fuentes, had visited the local hospital and spoken to five Mexicans who were in a stable condition.

While this was obviously an accidental shooting, as the Egyptian authorities are acknowledging, maybe it’s just not the best idea to go sightseeing in an area where Sinai Province, the ISIS-backed insurgent group within Egypt, is active and fighting off the Egyptian forces. Next time, those tourists might run into the insurgents themselves, and that has the potential to be even worse than this terrible incident.