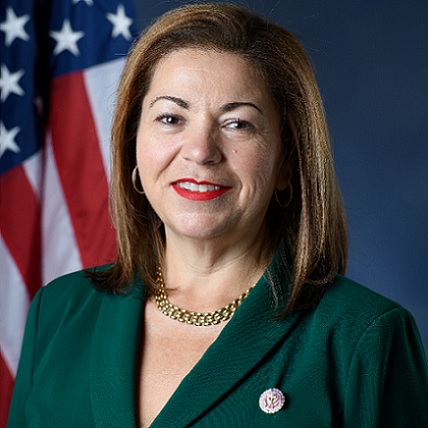 It was a baseball game for charity.

The annual Congressional baseball game has had a checked history in the recent past (what with Steve Scalise being shot and nearly killed on the practice field). But the game itself is supposed to be a moment of Congressional levity, especially since the event raises money for several charities, including the Boys and Girls Clubs of Greater Washington, and after the 2017 shooting, the United States Capitol Police Memorial Fund.

The game took place last Thursday, and ended up being a blowout by Republicans, 10-0, over the Democrats. This is a game played for charity and bragging rights, so the Democrats all displayed good sportsmanship, right?

Yes, that was Democrat Representative Linda Sanchez of California, flipping the bird and displaying her IQ to… who? The Republican dugout? The crowd? Who exactly is she giving the middle finger to?

Well, it turns out that Linda Sanchez doesn’t know who she was giving the middle finger to, either. Or so she says. Her story keeps changing.

First, the congresswoman claimed that she was flipping off the Republican dugout because she heard a “misogynistic comment” coming from the Republicans.
https://twitter.com/RonFilipkowski/status/1553101913796870145

In a statement to Insider, Sánchez said the baseball game, which raises money for charity, is usually one of her “favorite events of the year.”

“That is why it really struck a nerve when I heard an offensive and misogynistic comment from the Republican side on my way back to the dugout,” Sánchez said. “In the heat of the moment, I reacted.”

“I have no tolerance for men who make women feel like they are unimportant or don’t belong — especially on the field. I will always stand against that kind of bigotry,” Sánchez continued in the statement.”

Oh really? I’m sure everyone would be eager to know which Republican uttered “an offensive and misogynistic comment” in order to identify that man and condemn him.

Well, Linda Sanchez quickly changed her tune. She then said it wasn’t anyone in the Republican dugout – it was a fan.

Speaking to NBC News’s Frank Thorp that same day, though, she said that she was not directing her ire at anyone in the dugout, but instead at an “obnoxious fan.”

“It wasn’t the team. It was an obnoxious fan who shouts misogynistic s*** at me every single year,” she said, adding that “it’s the same guy” every year.”

Asked what specifically the man said, Sanchez demurred, saying: “I’m not going to dignify it with a response because it’s nasty and it’s crude, and it has no place at a charity baseball game.”

Okay, so it wasn’t a Republican congressman, and you won’t tell anyone what was said. Hmmm. But then Linda Sanchez doubled down and blamed Republicans anyway.

However, Sanchez once again resorted to playing the victim card and blamed Republicans for not standing up for her even though she appears to be the only person who heard the alleged remark and she won’t disclose what was said.”

“If the Republican women would have stood up and said that’s not acceptable instead of, you know, trashing me for my response then we might have a place where there’s no misogyny that’s tolerated by anybody anywhere,” she claimed.”

Ohhhhhh, so it’s the fault of the Republican WOMEN that some random fan allegedly yelled something “misogynistic” that was so “offensive” that you won’t repeat it, so you HAD to give him the middle finger because THEY didn’t back you up. Wow, that’s some story, there, Linda. So, what happens if this was all in your own head, and nobody else heard a comment so offensive that the only response you could think of was a single finger?

Corey Inganamort, who is the Mascot Coordinator for the Washington Nationals, according to his LinkedIn account, said that he was there and that Sanchez is lying.”

“I was in the dugout with the Republicans last night. She is lying,” Inganamort wrote on Twitter. “Nothing offensive or misogynistic was said by anybody. In fact, everybody was shocked by what @RepLindaSanchez did.”

Let us count the ways that Linda Sanchez has changed her story. First, a Republican man said something “misogynistic,” so she flipped him off. Then, it was a fan who apparently does this every year. If so, wouldn’t other people know about it? Or hear it? But really, the whole thing is the fault of the GOP women for not just running to Linda Sanchez’s defense when she decided to give everyone the finger. Because surely, Republican women should just BELIEVE her without question.

Or alternatively, Linda Sanchez is a poor sport who decided to show everyone her IQ, and then had to concoct an excuse for her actions, but then kept changing her story because she’s a terrible liar.

Will there be any consequences for Linda Sanchez for her unsportsmanlike conduct? Probably not, but I’m guessing being Linda Sanchez, low IQ Democrat, might be punishment enough.