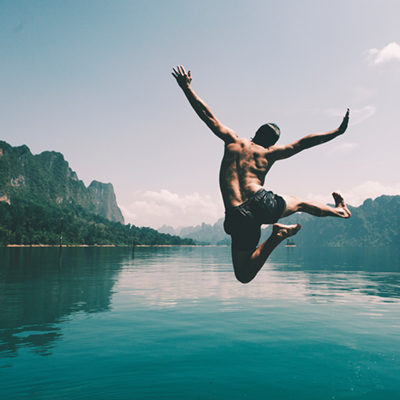 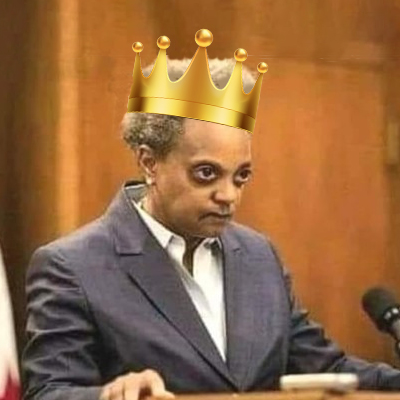 You just can’t make this stuff up: Chicago Mayor Lori Lightfoot welcomed several dozen migrants whom TX Gov. Greg Abbott bussed to Chicago. Then she promptly sent them off to the suburbs — to Burr Ridge, much of which isn’t even in Cook County, but in a county to the west. 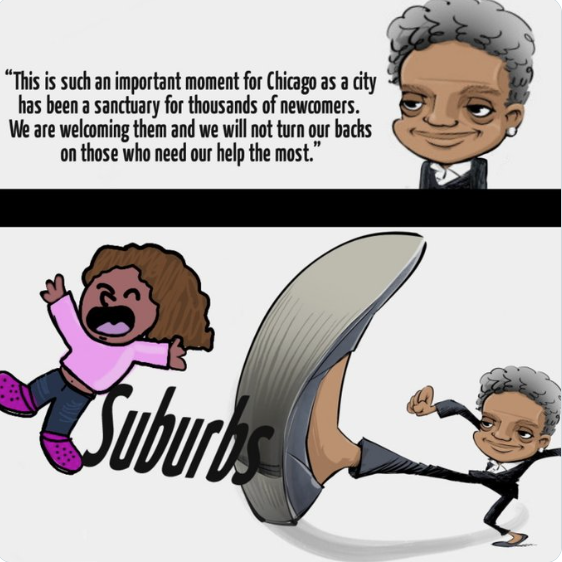 Not only that, but Burr Ridge Mayor Gary Grasso didn’t know they were coming. He said that he learned about the migrants second-hand, after residents began alerting village officials.

As Grasso told WGN 9 in Chicago:

“I am concerned neither the village administrator nor I were told about this. We want to know: Why Burr Ridge?”

Um, maybe because the mayor is a Republican? Moreover, while campaigning in the GOP Congressional primary in June, Grasso said he would work to secure the border and “defund sanctuary cities.” Are you smelling some payback here? Just asking.

And, while Chicago along with the rest of Cook County are designated as “sanctuary” for migrants, the hotel where they are staying is in DuPage County.

But Jordan Abudayyeh, press secretary for IL Gov. J.B. Pritzker, said that Lightfoot had a right to ship them off, according to the state’s “partners” in Chicago and Cook County. So quit yer bitchin’, Mayor, you xenophobe:

“The state is working with our partners at the City of Chicago and Cook County along with advocacy organizations to welcome those seeking asylum in the United States and provide them stability as they work to build a new life in Illinois. The state has a prior relationship with the hotel being used in the suburbs and their staff has done amazing work welcoming refugees and asylum seekers before, so it is interesting that local officials are choosing this specific instance to gripe to the press about this specific group of asylum seekers that consists of about 30 families. Gov. Pritzker has made it clear that Illinois is a welcoming state and xenophobia has no home here.”

But now that these migrants are in Burr Ridge, Grasso has pledged the city’s support for them as they remain in temporary housing for the next 30 days. “They should get their lives in order, and I’m glad that they are going to start in Burr Ridge,” he told NBC 5 in Chicago.

After all, what other choice does he have? Still, he added that “these people shouldn’t be used as pawns.”

CWB Chicago, the best source for the city’s crime stories, revisited an earlier Lightfoot tweet in which she said:

“You’ve got this all wrong. Chicago is proud, ready & willing to show these new residents what being American is about. Chicago can and will be a home for them if other places won’t.”

That, of course, was then. Last week, she also said this in a statement:

“This is such an important moment for Chicago as our city has been a sanctuary for thousands of newcomers. We are welcoming them and we will not turn our backs on those who need our help the most.”

Sure she’s welcoming, just as long as they’re not in her city. Imperial Lori can wave her hand and scatter the unwanted masses to the hinterlands, according to the principles of N.I.M.B.Y. — Not In My Backyard. As for Mayor Grasso: Off with his head!

It’s good to be Queen of Chicago, isn’t it?