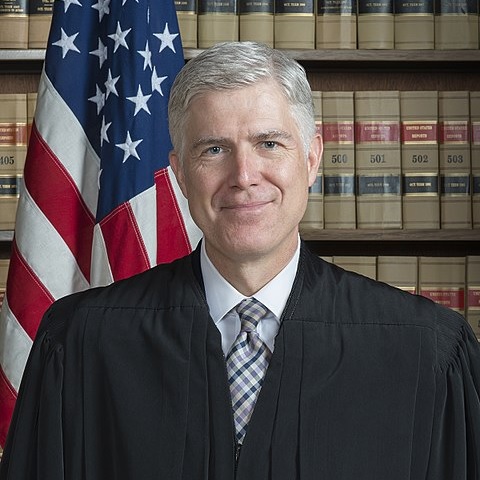 When the leak of the Alito draft occurred before the Dobbs decision, everyone knew why it had happened. The question was who had done it? According to Supreme Court Justice Neil Gorsuch, a report is forthcoming on the internal investigation by the Court.

But the real question now is, will the public ever SEE that report? Gorsuch didn’t say. He was speaking at a conference in Colorado when he made these comments about the ongoing investigation.

“The chief justice appointed an internal committee to oversee the investigation,” Justice Gorsuch told the 10th Circuit Bench and Bar Conference here at the Broadmoor resort. “That committee has been busy and we’re looking forward to their report, I hope soon.”

Justice Gorsuch didn’t say whether the report would be made public, and the conference prohibited reporters from interviewing him or other judges.”

Like other justices, Justice Gorsuch condemned the leak of the draft opinion, and suggested it had been intended to affect the outcome of the abortion case.”

“Improper efforts to influence judicial decision making, from whatever side, are a threat” to the judicial process, he said. “They inhibit our capacity to communicate with one another,” reducing the candor between jurists of different persuasions that “improves our final products,” he said. “I very much hope we get to the bottom of this sooner or later.”

This investigation has been ongoing for months now. The leak occurred on May 2nd. It’s now four months later, and while the internet has run wild with theories on whodunnit, we have exactly nothing else to look at. If this leak, which we all acknowledge was a HUGE breach of trust within the Supreme Court and it is “important” to find out who did this, and it was as big a deal as Gorsuch, Chief Justice John Roberts, and Justice Clarence Thomas have told us it was, then where on earth is the urgency to plug the leak and point a finger? The new court term start in less than a month, on the first Monday in October. A whole new slate of law clerks will be coming in the door, fully aware of what happened during the last term. In order to try and rebuild what was trashed with the leak, shouldn’t the report be out and publicly available by then?

If the report is able to identify who the leaker was, then that person needs to be publicly outed and incapable of finding another law job again. The real difficulty is, what if it wasn’t someone that you can simply out and fire? What if it was one of the justices themselves? Would the Court admit to that? Would that report be made publicly available? And if the leaker was a justice, how does that damage the Court going forward, when it comes to cases and deliberations?

This kind of concern is exactly why the report has to be made public. There is just too much distrust and too many unknowns for the report to be completed, given to the Chief Justice, and then have him say “okay everyone, we dealt with the problem and all is fine now!” without letting the public see what the report said. Again, the new term starts in less than a month. If that report isn’t complete and public by then, then the Supreme Court had better have a very good reason why. Dragging this out in perpetuity only makes it look like the Court knows who did it, and doesn’t want the public to know who did it.