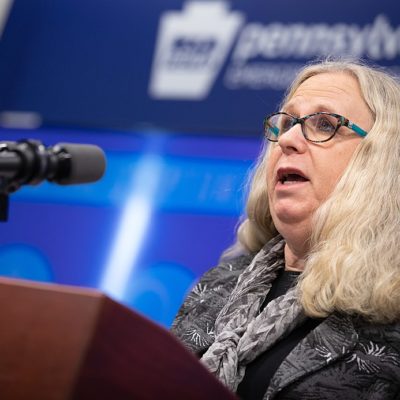 Next post
SCOTUS Rules Title 42 Must Stay In Effect 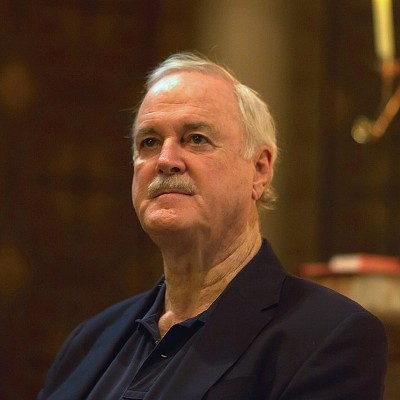 If you don’t know who John Cleese is, then I don’t know where you have been or what you have found funny over the last five decades. The Monty Python comedian and actor has always been subversive, and it takes a certain personality to “get” the humor that is Monty Python’s Flying Circus and the subsequent movies and shows.

At the time that the Pythons were actively creating content, they managed to offend people with their subversion and their absurdity, or they would lose people that simply didn’t understand their brand of humor. Now, the Pythons are seen as clairvoyant and offensive because they were telling truths that no one wanted to hear. Take this scene from The Life of Brian and marvel at how it predicted the world that we are currently living in.

This 1979 clip from Monty Python’s Life of Brian perfectly encapsulates gender ideology in 2022, when pointing out biological reality is “oppression.” pic.twitter.com/YGHtAUqrk6

And the world that we are currently living in, John Cleese now says, is so “woke” that it no longer allows for creativity. This is the same environment that just four years ago said that Monty Python’s Flying Circus would never get made today because the group wasn’t “diverse” enough. In an interview with Nick Gillespie for Reason magazine, Cleese talks about his career in a wide-ranging interview and talks about being creative and making people laugh.

Now 83, Cleese—who studied law at the University of Cambridge—has set his sights on political correctness, which he says is the enemy not only of humor but of creative thinking in all areas of human activity. “There are people sitting there who are deliberately waiting for the thrill of being offended,” he says, emphasizing the importance of paying attention to context, without which irony and sarcasm can’t be properly understood.”

Reason’s Nick Gillespie caught up with Cleese at FreedomFest, an annual July gathering in Las Vegas. Cleese was the keynote speaker, there to discuss creativity, which was the subject of his 2020 book of the same name. It’s a myth “that creativity is something you have to be born with,” he argues, contending that “you can teach people how to create circumstances in which they will become creative.”

In a wide-ranging conversation available on The Reason Interview With Nick Gillespie, Cleese discusses the importance of freedom of expression to being creative, the difference between solemnity and seriousness, and why creativity remains necessary for the progress of civilization.”

An edited version of the interview can be watched here:

But let’s go over what John Cleese says about wokeness stifling creativity. The interview is worth both watching and reading.

Why is creativity so important for a thriving society?”

Cleese: I think the most natural impulse that people have other than curiosity is to figure out: Can we do this better? Whatever it is. I think that’s a pretty natural kind of response, but I’m afraid the educational system doesn’t encourage it.”

Let’s talk about the enemies of creativity. You’ve mentioned the educational system that doesn’t facilitate it. Wokeism is an issue that you’ve talked about. How does that stifle creativity?”

Cleese: Because it’s the internal interruption that I was talking about. You think of an idea and you immediately think: “Oooh, is that going to get me into trouble? Well, that person last Thursday got away with it.” But all that stuff immediately stops you being creative.”

Just imagine how much of Monty Python’s material would be censored by today’s standards. Well, first of all, The Life of Brian had protests against it when it initially premired for mocking Christianity. That isn’t a problem for Hollywood any longer, but the “Loretta” scene from above would cause protests. “The Lumberjack Song” would now also be considered transphobic, probably. What about the song “Never Be Rude To An Arab“? Gone for offensive language that only black rap artists are allowed to use.

Comedy is dying and wokeness is driving a stake right in its heart.

The comedians of today, with notable exceptions, is more intent on making their audiences listen to their message while joking about leftist-approved targets. This is why the left is wringing its hands over Greg Gutfeld’s late night comedy success, horrified that someone, somewhere, might find it funny. Which is exactly the point that John Cleese was making in the larger sense. If you have to stop and wonder if you’re going to offend someone with your creativity, then that grinds everything to a halt. Too many have become more afraid of giving offense, than they are about doing something new or something that might make someone laugh.

Speaking of making someone laugh, John Cleese is still making people laugh decades later (including my seventh grader). That kind of success is something that the woke late-night comedians will never have. If only they had chosen to be creative over being inoffensively woke.