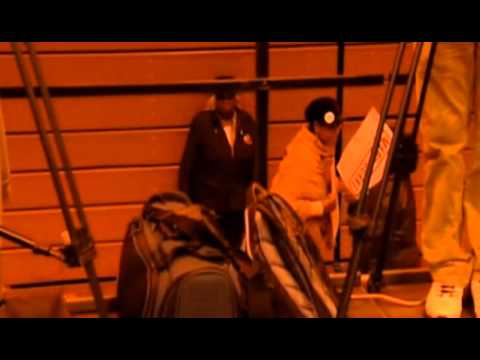 This would be like getting on a spaceship, flying to Mars and finding out whole planet is made of Toll House Cookies and the Martian air burns the calories you eat.

What a heavenly thought.

I can’t tell you how bad I want the Dems, who are going to take a bit of a beating in the midterms, to pick this guy as their nominee.  Eight years of gaffes on YouTube alone would provide enough campaign commercial material to not only discredit him personally, but it would be the natural extension of the Barack’s presidency to be the gift that keeps on giving.

Anyone else smell that?  Hmmm…  Smells like…. failure.  You can expect a lot more of that when the candidate is a lily white guy who played second fiddle and terrible straight man to the comical administration of the last eight years.  Crazy Uncle Joe ought to sharpen up that resume, because he is going to see what it’s like to be on the unemployment line.  Maybe he will be able to talk to someone there about how they dropped out of the workforce too?

Additionally, as an unintended bonus to all of this, I am looking forward to the time when Shrill Hill and Joltin’ Joe get down on each other in the debates they will surely have and twist themselves into unfathomable knots as they try to wash the stink of Obama and failure off and stick it to the other.  It will be fun to watch them run to the right (which would put them still quite a bit left really) while they rattle off soundbites about “corporations and businesses don’t create jobs” and how “You cannot go to a 7-11 or a Dunkin’ Donuts unless you have a slight Indian accent….”

Newsflash to both of them; saying your boss sucked after the fact and that we should pick you instead to do the job because you will be so much better than him, even though you were intimately involved from every decision from Obama-Care (you know Joe, it was a “big f’ing deal” right) to what happened on Benghazi (“at this point what does it matter”–right Hill?)  and maybe they didn’t know it, but the internet is forever.  This stuff will never go away.

Please, I want them to use that strategy.  I am looking forward to nothing but adverts quoting those two incompetent boobs saying one thing after another like that.  Even the mouth-breathers will understand.

So bring on 2016.  I think the other side could run a black lab named Shadow and get him elected to the highest office in the land.  What?  Not possible you say?

America elected an empty suit named Barack, so why not?