Next post
Birx Attacked By Pelosi For Working With Trump 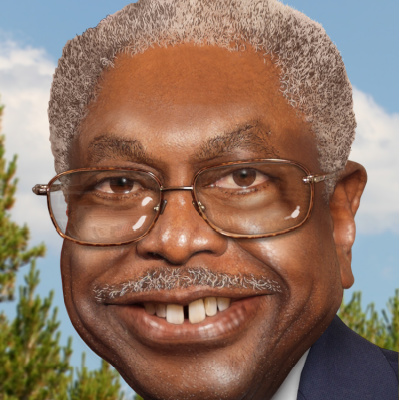 This morning, on Fox and Friends Weekend, South Carolina Congressman Jim Clyburn denied that he had called officers of the Federal Protective Service “Gestapo”. Well, sort of. He wiggled around uncomfortably, and then whiffed the rest of the interview.

The three Fox and Friends Weekend co-hosts lured Jim Clyburn into a comfortable state before springing the trap. Jedediah Bila began by asking Clyburn how South Carolina was doing in her preparations for Tropical Storm Isaias. Griff Jenkins flattered Clyburn’s role in dragging Joe Biden’s dementia addled carcass across the Democrat 2020 Presidential Primary race. The trap thus laid, Pete Hegseth, like the Individual Ready Reserve Major he is, sprung the trap. I almost felt sorry for the Congresscritter. Almost. You want to fast forward the video, below, to 2:35 in:

In case you can’t or don’t care to watch the video, here is he first part of the discussion:

“I know myself a little bit. I don’t know if I ever compared what they’re doing to the Gestapo,” Clyburn told “Fox & Friends Weekend” on Sunday.

“It’s right there in the transcript,” host Pete Hegseth responded.

“I said I don’t think so,” Clyburn said. “Maybe I did. I’m never one to think I never can misspeak, but that is not to say that’s not what I feel.”

Hegseth interjected saying, “We all honor the peaceful protests of the 1960s.”

He then asked, “Are you comparing the violence against law enforcement today, which is clear and obvious, it’s right there before all of us, and the defensive measures law enforcement have to take?

“Everyone’s for peaceful protests,” Hegseth continued. “They’re [rioters are] burning Bibles in Portland instead of holding them on the bridge like the peaceful protesters did in the 1960s. How do you make that comparison?”

Those punks and thugs destroying the Federal buildings in Portland bear no resemblance at all to the peaceful protesters of the 1960’s, who were marching peacefully for civil rights. I explained this last week to gadfly Lucian Truscott:

Some of the agents on the ground in Portland, far from being costumed soldiers, are members of the Federal Protective Service, and are charged with providing “security and law enforcement services to federally owned and leased buildings.” At the request of the Federal Protective Service, BorTac, the special border patrol agents are assisting with the protection of Federal properties in Portland that are under threat.

But, Donald Trump is President and he is evil, in the minds of the Democrats. So, Jim Clyburn doubles down:

“I don’t know anything about burning Bibles,” Clyburn said in response. “Everybody’s got their own religion and I knew the Koran, I know the Bible, both New and Old Testaments very well and so just because somebody may believe in the Koran that’s their business so burning a Bible doesn’t do anything about burning down a federal building.”

“With all due respect, congressman, you may be watching other networks,” Hegseth continued. “It’s been fireworks, Molotov cocktails, explosions, attacks at officers night after night after night.”

Jim Clyburn has been a United States Congressman since 1993 and is the Democrats Majority Whip. He should not be getting his information from any television network. He should be getting briefed by United States Intelligence Agencies. On the other hand, he is older (80) than even Joe Biden (77) and maybe he was briefed and forgot. On the other, other hand, he dissed Holocaust survivors and Japanese internment families in order to defend Ilhan Omar, who is indefensible.

Clyburn and his fellow travelers are setting us all up for violence, if he does not acknowledge that there is a big difference between peaceful protesters and the violent punks who are destroying our peace and security. And, congratulations to the Fox and Friends Weekend hosts for springing a beautiful trap.