Next post
Antifa Girl Scout Gets Full Tribute in Reuters 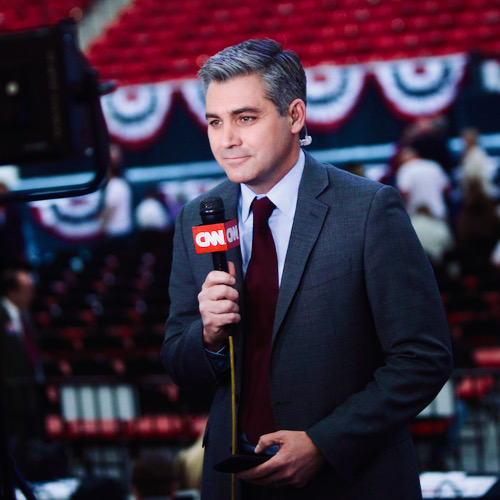 CNN’s Jim Acosta, he of the ‘Dear Diary’ fame, decided it was time to lecture Republicans for exploiting the issues surrounding the evacuations in Kabul.

CNN’s Jim Acosta excoriated former President Donald Trump and other Republicans for being overly hasty to politicize the suicide bombing at the Kabul airport, slamming them for their “exploitation” of the attack.

Keep in mind, Jim Acosta is the guy who was caught wrestling with microphones during a press conference with President Trump. This is also the guy who has politicized EVERYTHING for the last five years! But now…things are different! Many thoughts and prayers are very necessary.

My thoughts on Afghanistan this week… now is not the time to score political points. Just imagine just this once if we simply offered our thoughts and prayers. Give it some thought. Pray on it. https://t.co/NfQQBPDElN

You know, I’m this many days old that I remember anyone on the conservative side would offer thoughts and prayers for a major event, only to be eviscerated by the media for daring to offer compassion and prayers.

There are thirteen American servicemen and women who’ve given the last full measure. Their families are grieving, people are understandably heartsick and pissed off, yet Jim Acosta wants us to put aside politics and offer ‘thoughts and prayers’ instead.

Last evening the Biden Administration sent warnings to those Americans still in Kabul. If they were in or near the airport, they needed to leave, IMMEDIATELY.

The State Department on Saturday night told Americans to leave the area around the Kabul airport immediately because of a “specific, credible threat” in the area.

The warning comes after President Biden said earlier in the day that another terrorist attack in Afghanistan is “highly likely” in the next 24 to 36 hours. He noted that the situation on the ground remains “extremely dangerous.”

This while we are mourning lives lost, and our military is being yanked out while leaving people stranded. Biden’s poll numbers are cratering while Democrats are getting VERY nervous about the mid-terms.

A Democratic member of the House, speaking on the condition of anonymity out of fear of retribution, said many in the caucus believe the lower chamber of Congress is already lost in the midterms. Other Democrats said they are bracing for the prospect of Republicans making double-digit seat gains.

“Up until the point of Afghanistan, people were very impressed by the organization and seriousness and maturity of the Biden presidency and its administration,” said Rep. Jamie B. Raskin (D-Md.). “Whether it fundamentally tarnishes that or not remains to be seen.”

I tell you what, the blinders that Jamie Raskin and Jim Acosta are wearing are top of the line!

We are supposed to ignore the fact that the evacuation plan that was put in place was a load of crap.

We were supposed to ignore the fact that the Biden Administration magically didn’t know that the Taliban had been ramping up for months if not years since Obama let terrorists out of GITMO.

Furthermore, the credible reporting that the Biden Administration and the Taliban have been funneling intel back and forth doesn’t inspire confidence.

Yet Jim Acosta is here to tell us, and his diary that this is NOT the time for politics. Tell me Jimmy boy, WHEN is the time??

We have 13 amazing American soldiers who’ve given their lives during a botched evacuation process. We have a President who can’t even talk about that loss of life without invoking his son who died from brain cancer. We are supposed to be totally fine with Biden ordering us to abandon Bagram, a major military installation, in the middle of the night while applauding how CALM and quietly Presidential and transparent he is!

“I reject the idea that the president’s handling of a difficult situation has somehow undermined people’s sense of his confidence,” said White House communications director Kate Bedingfield. “It’s showing people that he can lead at a difficult time, and that he has a steady hand and that he’s committed to transparency.”

She added, “No president can prevent bad things from happening on their watch. The test of leadership is what you do when a bad thing happens. And I think the American people have seen him move quickly and consistently over the last couple of weeks.”

So, no politics from Republicans, thoughts and prayers instead? I get it the questions are getting very inconvenient right now. But guess what? The questions MUST and NEED to be asked.

American lives as well as those who’ve put their lives on the line for America are at stake.

Biden is 100% responsible for all of this. pic.twitter.com/1Y2pFXyB49

Oh but wait, let’s not make this political in any way shape or form whatsoever.

It’s an astounding human achievement, achieved at great human cost by our military, with some yeoman’s work by the state department and just plain bull-headed determination by the Biden administration. Proud of this U.S. mission to end this endless war, as messy as it has been. https://t.co/QMxsgxJZnE

Jim, you and your Dear Diary need to have a chat. Thoughts and prayers are warranted right now, but so is the politics of what is going on. What is happening regarding Afghanistan IS political and Jim, you don’t get to try and gaslight us on that.