Jagger: The Latest Relic To Push The Climate Change Agenda

Jagger: The Latest Relic To Push The Climate Change Agenda 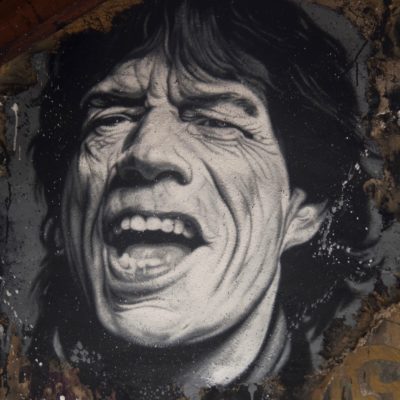 Now, from Celebrityville, we bring you the latest and greatest from the Rock n’ Roll Hall of Virtue-Signaling fame. Enter Mick Jagger.

Jagger took a break from the Venice Film Festival (our guess is he swam over to Italy) to discuss climate change with actor, Donald Sutherland. When asked about young activists advocating for the environment, here was the old relic’s response:

We are in a very difficult situation at the moment, especially in the U.S., where all the environmental controls that were put in place — that perhaps were just about adequate … have been rolled back by the current administration so much that they are all being wiped out. The U.S., which should be the world leader in environmental control, has lost that and has decided to go the other way.”-Mick Jagger

Mick is right when he said the reforms that were instituted during the Obama administration were barely adequate, and now they’re being torn apart. It’s the same in Brazil, and they will be torn apart in England. When you’re my age, when you’re 85 years old and you have children and grandchildren, you will leave them nothing if we do not vote those people out of office in Brazil, in London, in Washington. They are ruining the world. We have contributed to the ruination of it, but they are ensuring it.”-Donald Sutherland

Ahh, yes. Here we go again. Obama had measures to protect the environment in place. Trump is tearing all of Obama’s “legacy” to shreds. Jagger also sounded off on a culture of “polarization and rudeness” and his concern for “where this is going to lead us”.

Anyone else find it ironic how a once crotch-grabbing, tongue-wagging, groupie screwing, “Little T & A”, womanizing old coot is lecturing the world on “polarization and rudeness”? Right. It’s only rock n’ roll and they like that. Seriously, look up some of the Rolling Stones’ lyrics and you will find that Trump saying he’s going to grab someone by the pu$$y is tame. Not excusing Trump’s behavior by any means, mind you. But, Jagger, Richards and the Strolling Bones’ lyrics about “Some Girls” reek of rudeness, dare we say a bit of racism and yes, misogyny. Now, all of a sudden, that Jagger can barely walk his catwalk at his shows, he’s talking about a friendlier, gentler Earth with a little less “rudeness and polarization”? Did not realize Jagger was also a comedy act.

Dare we not mention the years upon years of touring and flying jet planes all across the world for him to flap around his lips. Yes, let’s go there with the Rolling Stones’ private jet, shall we? We’re not talking an itty-bitty Cessna. We’re talking a Boeing 737-400 with leather seats. And, rumor has it, this is not the only jet used by The Stones. How many cows died to cover those seats, Mick? How many gallons of fuel are you burning through annually?

Somehow, Jagger thinks he has a legitimate say on the topic of climate change. He also thinks he has a say on the political climate here in the United States. Never you mind, Sir Mick, the ridiculous knifings that are happening in your country across the pond.

The Stones, if they’re going to continue touring, need to appeal to the younger masses. How does one best do this? Be like Mick Jagger and stroke the young people (not that way) and let them think that they are doing something important. Hop on the private jet of elites, become a teetotaller shrieking abut climate change and how our world is so unkind. While doing this, bury your hypocrisy about all the drugs you did, women you’ve womanized, fuel your burned and pedophile islands you’ve visited. Sorry, not sorry. I’ve go no sympathy for this shriveled-up prune of a devil.