Next post
Hunter Biden: Will Tax And Gun Charges Happen? 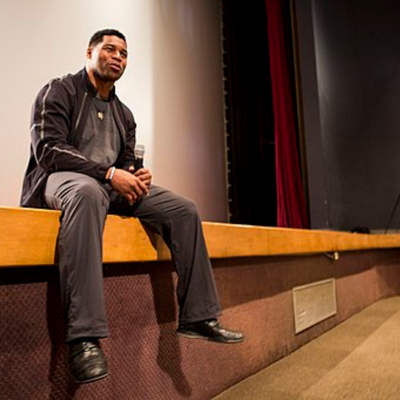 by Carol Marks in politics 6 Comments

Is Herschel Walker in trouble? Herschel Walker’s campaign for Georgia’s Senate seat is coming into question. The media wants you to think so anyway. Look around the interwebspace and you’ll find all sorts of speculation and accusations of his so-called trouble past with women.

One woman, who is claiming to be one of the baby momma’s to one of his children says that Herschel paid for one of her abortions several years ago. Of course, she wants to remain anonymous as not to cause attention to her family. Okay.

Now Trump is even hesitant to visit Herschel in Georgia with the scandal gaining momentum. Some may say that’s a good thing.

So speculate we shall. 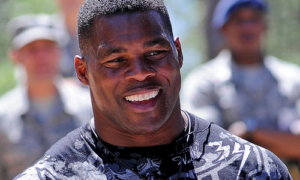 DVIDSHUB, Public domain, via Wikimedia Commons
What if Herschel did pay for an abortion years ago? Was he even political back then? Was he a religious man back then? Maybe he didn’t even know what he was paying for. Maybe the woman who is accusing him simply asked him for some money and he didn’t ask what for, just handed it over. It’s possible.

But it doesn’t matter because the media’s headlines read so damning for him right now. So much so that they are forgetting that Warnock has some real illegal troubles of his own.

Let’s take a look shall we?

Warnock not paying his child care and support or is he using campaign funds to pay for childcare? And running over his ex-wife’s foot with his car? Classy.

Since becoming Senator, his income has doubled. Probably because he now has to pay for another legal fight from 17-years ago. Seems Herschel isn’t the only candidate with a past.

Oh, and where did $75,000 COVID money disappear to under his watch? Social justice campaigns that he founded.

The media is also in a frenzy over Herschel Walker’s grown son Christian who has come unhinged it seems over this story.

Once, Christian claimed to be very proud of his dad going on national news and praising his father’s work and campaign.

Just last year, Christian was all over the media praising his dad Herschel Walker. So what happened? Well, you know social media influencers can be all fickle. Gotta get those stats up with Likes and Shares for future big media clout.