Next post
ERCOT Board Members Exit After Texas Outages 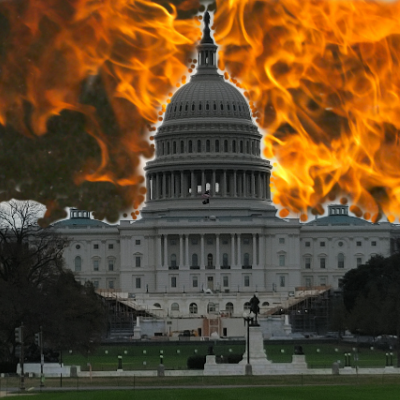 According to former House Sergeant at Arms of the House, Paul D. Irving, the intelligence that came in before the Capitol Hill breach on January 6, 2021 did not support the call for the National Guard. This shocking admission came during a hearing a Senate Homeland Security hearing today.

Amy Klobuchar just said that Trump terrorists smeared feces on the wall of the Capitol!

This does not sound Trump supporters to me. Indeed, in his testimony Senator Ron Johnson (R,WI) noted the reports from the day indicate the Trump supporters seemed jovial, overweight, and tired. He noted that agent provocateurs were seen in the crowd.

The Democrats all called the breach an insurrection and focused on the Proud Boys and Oath Keepers. They did not make note that a Black Lives Matter activist was arrested for his activities on that day.

Irving says he didn’t mean optics the ways the media interprets “optics”, without really saying what he meant. And, he turned down the offer of National Guard troops without discussing it on a wider basis. The Architect of the Capitol, who would know about hardening the perimeter and where soft spots are, was not read in on the situation.

All four witnesses agreed that there was intelligence available. They don’t seem to be able to tell us why or when the situation became volatile, meaning that this hearing is probably premature. But it did go pear-shaped and the men cannot agree on when calls were made for National Guard help:

Sund, the former chief, was adamant that he spoke to Irving, the former sergeant-at-arms, at 1:09 p.m. that day to request National Guard troops, who were not deployed until 2:10 p.m. But Irving insisted that “from my recollection I did not receive a request for approval for National Guard until shortly after 2 p.m. when I was in Mr. Stenger’s office.” Stenger was the Senate sergeant-at-arms at the time.

The dispute appeared to perplex Sen. Roy Blunt (Mo.), the ranking Republican on the Senate Rules Committee, who noted that in during the Capitol riot, the difference between a request for National Guard coming in shortly after 1 p.m. or shortly after 2 p.m. “makes a big difference.”

“Whatever happened here doesn’t seem to be in agreement with the various time frames, Blunt said.

Thanks to the backside covering by the parties involved in protecting the Capitol and the dishonest and divisive politicians, this will come to nothing and help no one. Except, Orange Man still be Bad and Trump voters are anarchists. Don’t you dare bring up Antifa.