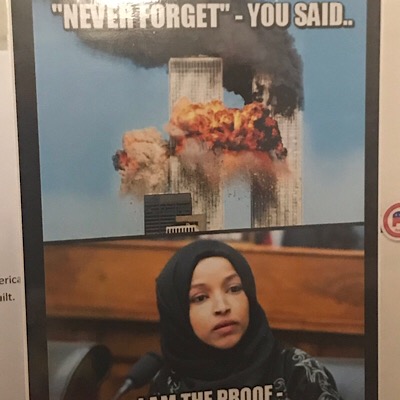 Ilhan Omar Continues her Role as a Foul, Anti-Semitic Fungus in Congress 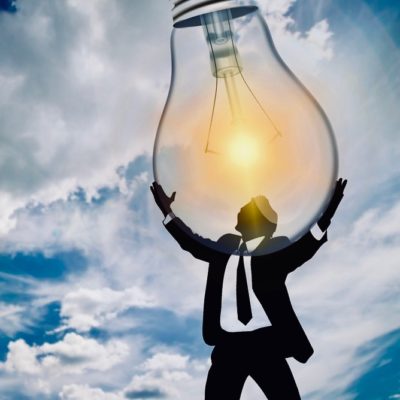 Next post
'Darling, Is The Wind Blowing?' Trump Skewers AOC And Green New Deal At #CPAC

Ilhan Omar Continues her Role as a Foul, Anti-Semitic Fungus in Congress

Remember when I wrote a few weeks ago that Congresscreature Ilhan Omar (D-epraved, MN) was pure, unadulterated evil? Remember when she issued a non-apology after she was roundly condemned – even by her own party – for her anti-Semitic Jew hatred on Twitter? Remember when she proceeded to be a rude, repulsive, despicable toerag toward Elliott Abrams, exhibiting not only a lack of understanding about foreign policy but her derision toward a man who has dedicated his life to service and has taken on one of the most difficult jobs in this administration – as Special Envoy to Venezuela?

Well, she’s not sorry. Not at all. Not for any of it. We have always known this, but Omar apparently believes that her prognazi credentials and her “oppressed minority” status (she’s Muslim, after all, and therefore we allegedly hate and misrepresent her), which she flogs every chance she gets, even when confronted with her own repugnant bigotry, will protect her from criticism.

But… but… but… ISLAMOPHOBIA!

Well, she’s at it again.

First, she walked back her non-apology apology in an interview with the Intercept.

IO: Absolutely not, I apologized for the way that my words made people feel. Often times, you know, we are in places where someone will say something and they might not know how it makes you feel and it’s not acceptable that once you express to them that this is hurtful or that you have felt attacked by their words. They should acknowledge how you feel. They should speak to that. They should apologize. And you know figure out a way to remedy that situation.

So, Omar absolutely does not feel like she said anything wrong. Jews are, in fact, the money grubbing caricatures the Nazis portrayed them to be. She’s only sorry anyone was upset by her words, not the words themselves. She’s putting the onus on the targets of her vile hatred – the Jews. If they got offended, she’s sorry, but her words are true, according to this toxic, noxious swine. She did not retract her morally abhorrent words. She reaffirmed them, and sorry if you’re insulted, Jews!

I’m sorry your feelings were hurt =/= I should not have made those statements.

Omar knows this, and that’s why she has doubled down on her hatred. Appearing with her fellow anti-Semitic sow Rashida Tlaib at a cafe in Washington, DC the other day, Omar accused Jews of being disloyal to the United States. Jews have dual loyalty, according to Omar – allegiance to a foreign country: Israel.

“So for me, I want to talk about the political influence in this country that says it is okay to push for allegiance to a foreign country,” Rep. Omar exclaimed, seeming to suggest, as Tlaib had in a tweet of her own, dual loyalty among a particular group of Americans. Loud rounds of applause and shouts of affirmation punctuated the event’s heavy focus on Israel.

So people who believe the country of Israel has the right to exist, who appreciate the fact that we have a staunch ally in the Middle East – a tiny sliver of land buried in a sea of terrorist hatred, surrounded by the likes of HAMAS and other armed Shia militants to want to see nothing more than the Jews wiped off the face of the earth – are somehow disloyal to the United States? People who want to ensure that our closest ally in one of the world’s most volatile regions continues to exist are somehow pledging allegiance to a foreign country?

That’s pretty rich coming from a terrorist-fellating slag, who begged for leniency for a group of ISIS supporters a few years ago!

That’s right, a gormless maggot who wanted a US judge to take it easy on nine men who planned to join ISIS – a designated foreign terrorist organization and sworn enemy of the United States – sees it fit to cast doubt on the loyalty to the United States of people who only want the state of Israel to exist in peace.

There is no fixing this, and Omar’s fellow Democrats are finally beginning to realize this.

In a statement in response to Omar’s latest anti-Semitic screed, the Chairman of the House Foreign Affairs Committee Eliot Engel unequivocally showed the world what a disgusting sack of fetid, dripping pig droppings Omar is.

A “vile, anti-Semitic slur” should be an immediate disqualifier from holding a position on the House Foreign Affairs Committee, and Engel appears to agree.

“Her comments were outrageous and deeply hurtful, and I ask that she retract them, apologize, and commit to making her case on policy issue without resorting to attacks that have no place in the Foreign Affairs Committee or the House of Representatives”

But it doesn’t appear that Engel will boot Omar from the Committee anytime soon. Instead of showing some testicular fortitude and removing this reprehensible minge, he whines about how hurtful her comments are and asks her to retract them.

Has Engel not heard a single word Omar has been spewing? Is he not familiar with her history of anti-Semitism and noxious Jew hatred? Is he not aware that Jewish leaders attempted to engage with her last year about her repugnant statements and came away sorely disappointed?

Omar is a cancerous, rancid sore on the bunghole of the world. She will never learn. She will never change. She will continue regurgitating anti-Semitic venom against the JOOOOOOS and then quickly jumping behind her “I’m a poor, oppressed Muslim, and you’re just criticizing me because I wear a rag on my head” shield.

Even if she apologizes, it will just be another insincere non-apology, which she will just walk back in a few weeks after the commotion has died down, the noxious anti-Semite clock will reset itself to zero, and the smears will begin anew.